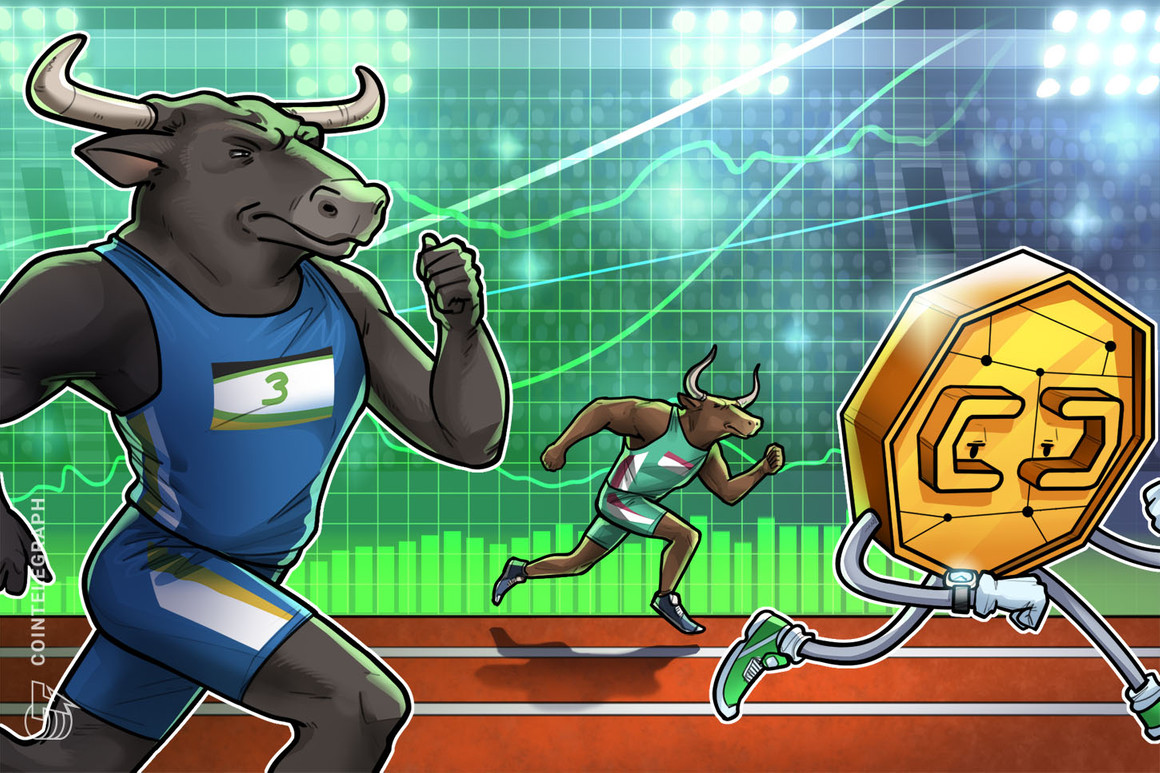 A former head of risk at Credit Suisse believes the next crypto bull market will stem from “regulatory clarity” in the United States, which he expects to happen in early 2023.

Speaking to Cointelegraph, the former head of valuation risk at Credit Suisse, CK Cheng, said some of the regulatory efforts underway in the United States will soon “open the doors” of traditional finance to crypto.

Cheng said there has been a recent sea change in traditional institutions’ stance toward crypto, with many dipping their toes into the crypto waters for the first time.

In August, one of the world’s largest asset managers, BlackRock, partnered with crypto exchange Coinbase to provide its institutional clients access to Bitcoin (BTC) and crypto through Coinbase Prime.

More recently, several major names in finance teamed up to create a digital assets exchange serving institutional and retail investors, which is being backed by financial giants including Charles Schwab, Citadel Securities and Fidelity Digital Assets.

“Nowadays, you see a lot more traditional finance institutions getting involved in the crypto space […] You can see tremendous interest,” said the hedge fund manager.

Cheng also emphasized that there are many more “waiting for regulation in the U.S. to be further clarified,” before jumping in:

“That will really open the door for traditional financial institutions, you know, bring a lot more institutions, investors into the space. So I would say that’s gonna be how the next bull market will start.”

He also believes the Executive Order from U.S. president Joe Biden earlier this year has been a major signal for traditional investors, though he admitted that the “devil is in the details” when it comes to how crypto trading will be regulated and whether a cryptocurrency will be considered a commodity or a security.

Related: ‘Fear of the unknown’ holds back tradfi investors from crypto — Bloomberg analyst

Asked when the tipping point will occur, Cheng said he expects regulatory clarity to be “fleshed out” sometime early next year:

“So hopefully, by early next year, there’s something much more concrete. And that will help, you know, the market in terms of sentiment in terms of people’s perception [of crypto]. I think regulation will help with that.”

Asked about how BTC prices will move over the near term, Cheng says he expects October to be a “very volatile” month for BTC.

“October is a pretty volatile period of time, especially when combined with high inflation, with a lot of debate in terms of the Fed and policy change. The concern is that if the Fed tightens too much, the U.S. economy may actually go into a severe recession.”

Cheng believes this uncertainty will drive a lot of volatility in both the stock and crypto markets but will stabilize by next year. At the same time, the months ahead of the next Bitcoin “halving” in 2024 could start “another bull market.”

5 altcoins that could turn bullish if Bitcoin price stabilizes
XRP price breaks out of range with a 25% rally, but why?
South Korean gov has confiscated 260B won in crypto for non-payment of taxes since 2021
Acala Network to resume operations after burning 2.7B in aUSD stablecoin
Are there too many cryptocurrencies?