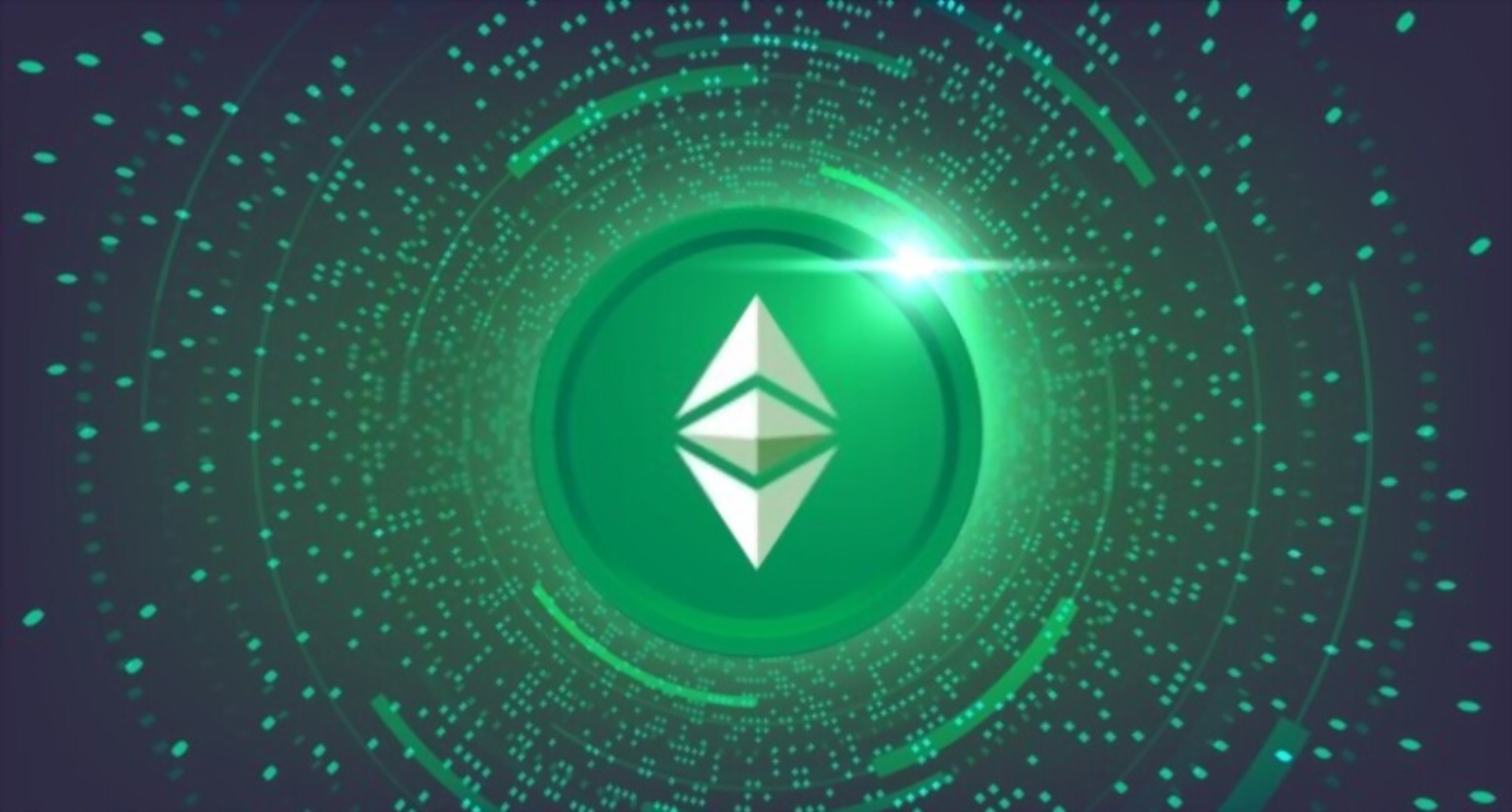 There are plenty of blockchains, such as Ethereum Classic, which is you know, the original Ethereum. Which did not betray the vision by forking the DAO.

It is a very welcoming community, and they will definitely welcome proof of work fans…if you like proof of work, you can go use Ethereum Classic. It is a totally fine chain.

ETC Gains Value on Speculation that Ethereum Classic Will Absorb Some of Ethereum’s Ecosystem Post-Merge.

The possibility of proof-of-work fans migrating to Ethereum Classic has led to the speculation that the network could become a direct beneficiary of the Merge in terms of migration of decentralized applications and miners. The Ethereum Classic team has even anticipated such a move and started ‘welcoming disenfranchised Ethash miners’ on their website.

In addition, the July 14th Tweet by Ethereum core developer @superphiz giving a September 19th timeline for the implementation of the Merge caused a knee-jerk effect on the price of ETC.

Consequently, the value of Ethereum Classic has more than doubled from $14, before the Merge announcement providing an estimated September 19th date, to a local peak of $28.19 set on the 23rd of this month.

The daily ETC/USDT chart below provides a visual cue of the situation. 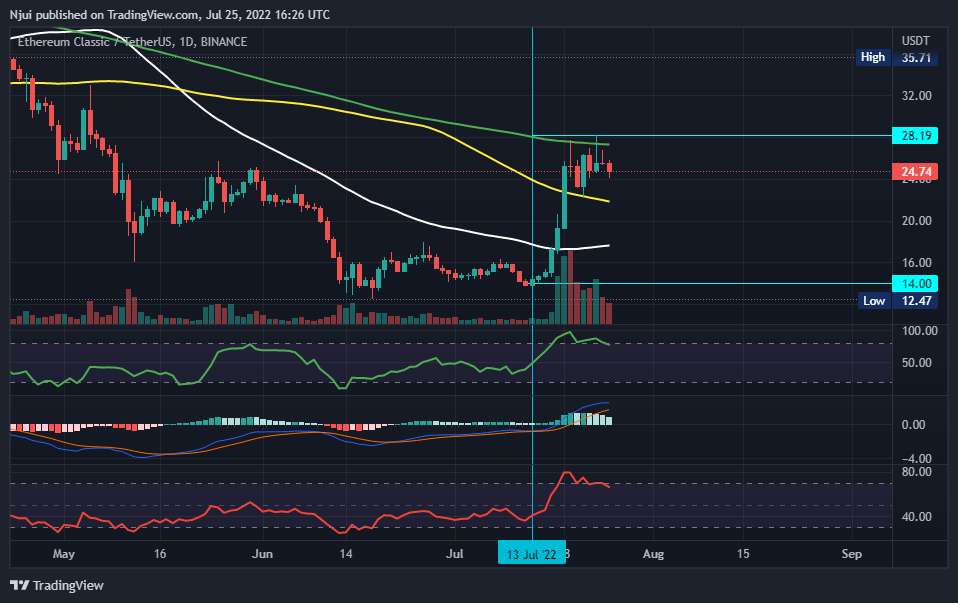 From the chart, it can be observed that Ethereum Classic could be in the process of printing a bull flag that could allow it to break past the resistance set by the 200-day (green) moving average around the $27.50 price area.

However, its daily MFI, MACD, and RSI point towards an overbought scenario that could result in a pullback this week, back to the 100-day (yellow) moving average around the $21 price level.

Also worth mentioning is that the US Fed is expected to announce a 75 bps interest rate hike this Wednesday. Therefore, caution is advised going long on Ethereum Classic.