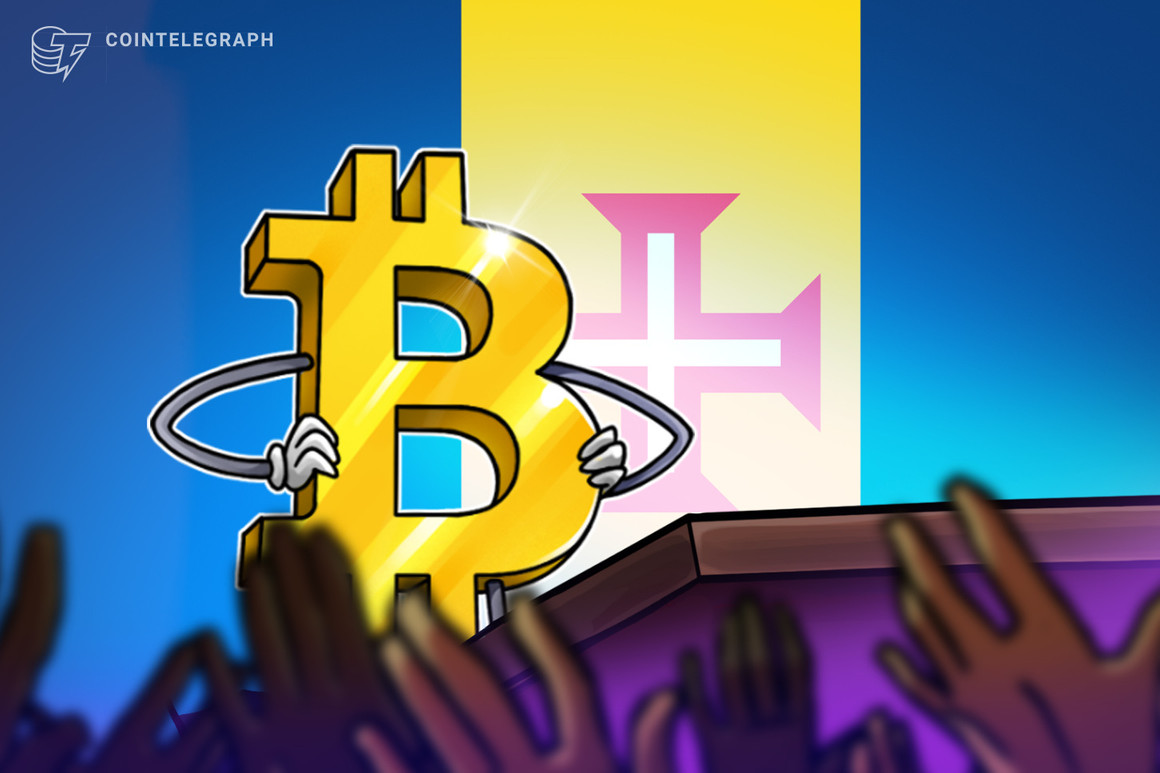 The tiny Portuguese island of Madeira has “adopted” Bitcoin (BTC) — but what does that mean? The announcement made during the Bitcoin Miami Conference in 2022 has spurned confusion and misinformation.

The President of the Regional Government of Madeira, Miguel Albuquerque, hopped onto the stage in April to announce that he believes in the “future of Bitcoin,” and that he would work to “create a fantastic environment for Bitcoin.” However, the details remained unclear.

Cointelegraph spoke to André Loja, a Madeiran entrepreneur who spearheaded the plan to bring Bitcoin to the archipelago in the Atlantic ocean to find out how Bitcoin is shaping the islands’ development.

The island of Madeira exploded onto the Bitcoin world map on April 7, when Samson Mow proudly announced that Madeira “will be adopting Bitcoin.”

Upon the announcement, news outlets around the world reported that Madeira had adopted Bitcoin as legal tender. However, this was not the case. Loja explained to Cointelegraph that prior to Samson Mow’s announcement, Loja would have preferred to use the phrasing “Madeira is embracing Bitcoin.”

“We embrace it, we support it. We are not ‘adopting’ Bitcoin because adopting looks like we were making it legal tender when it’s already de facto legal.”

Indeed, in Madeira and across Portugal — 1,000 km northeast of the island — there is zero tax on Bitcoin capital gains. That means any disposal, spending, or use of Bitcoin does not need to be declared to tax authorities by the island’s 250,000 people.

Loja orange-pilled the president of Madeira just a few weeks prior to the conference, sharing his vision for Bitcoin as not only a means to attract foreign investment, but to “protect my island from the fiat system.”

By happenstance, Albuquerque came to visit Loja’s coworking space — one of the few places that accept Bitcoin in Madeira — and Loja jumped at the opportunity to share his passion for Bitcoin. Madeira was kneecapped by the COVID-19 pandemic as critical tourism revenue fell off a cliff. Loja, therefore, presented a Bitcoin future to the president as a means to diversify and restructure Madeira’s economy, among other advantages.

Albuquerque was reportedly  open to the idea, so Loja quickly sought the help of Bitcoiners around the world, including Daniel Prince, a renowned Bitcoin podcaster; Jeff Booth, the author of The Price of Tomorrow, and even Michael Saylor, CEO of Microstrategy.

Within weeks, the Bitcoiner all-star team had contacted the organizers of Bitcoin Miami 2022 to organize the president’s appearance on stage. Ultimately, having the head of state of an autonomous region endorse Bitcoin was an opportunity too big to miss.

Upon landing in Miami, Loja and Albuquerque were invited to Saylor’s flashy Miami villa, “with the yachts and everything,” Loja jokes. While Loja had already orange-pilled the president, the conversation with Saylor was on another level:

Saylor told Albuquerque that “you need to focus on Bitcoin. Everything else is garbage.” A conversation the president is unlikely to forget, the seminar was sufficient preparation for him to step on stage in front of 25,000 Bitcoin enthusiasts.

Loja explained that the announcement that Madeira is adopting Bitcoin would “kickstart an intention” for Madeira to become an island in which Bitcoin prospers alongside the people. For Loja, who has already translated popular Bitcoin books into Portuguese, “It starts with education: the most important thing.”

Indeed, Loja cut his teeth during the bear market of 2018. A passionate educator, Loja works closely with other educators in the space, such as Knut Svanholm,  author of Bitcoin: Everything Divided by 21 Million, to teach the principles of sound money:

“I have a lot of ideas, from kindergarten to schools to adults workshops — and to bring people from outside the island. The association will have the best people as consultants.”

To this end, Loja is founding the Sound Money Foundation, a Bitcoin education center in Madeira. The center has support from Samson Mow and Jeff Booth, among others, and seeks to help locals to better understand cryptocurrency from a young age.

Related: Bitcoin, Bukele and a bevy of central bankers meet in El Salvador

Further down the road, Loja plans for the autonomous government of Madeira to mine Bitcoin with leftover renewable energy — as the island has abundant wind and sunlight — and even carry out “a multi-signature wallet for the government to work with Bitcoin financially.”

As a result, the government would take full custody of the Bitcoin it mines by taking control of the private keys. Loja highlighted that the electrical power grid is a standalone “public company,” so any Bitcoin mined by the grid would go into government multi-sig wallets.

In essence, Madeira’s approach to Bitcoin goes above and beyond the lauded legal tender status. From public sector Bitcoin mining to education to state-run multi-sig wallets to having Michael Saylor on speed dial, the island is slowly steering towards a Bitcoin future.