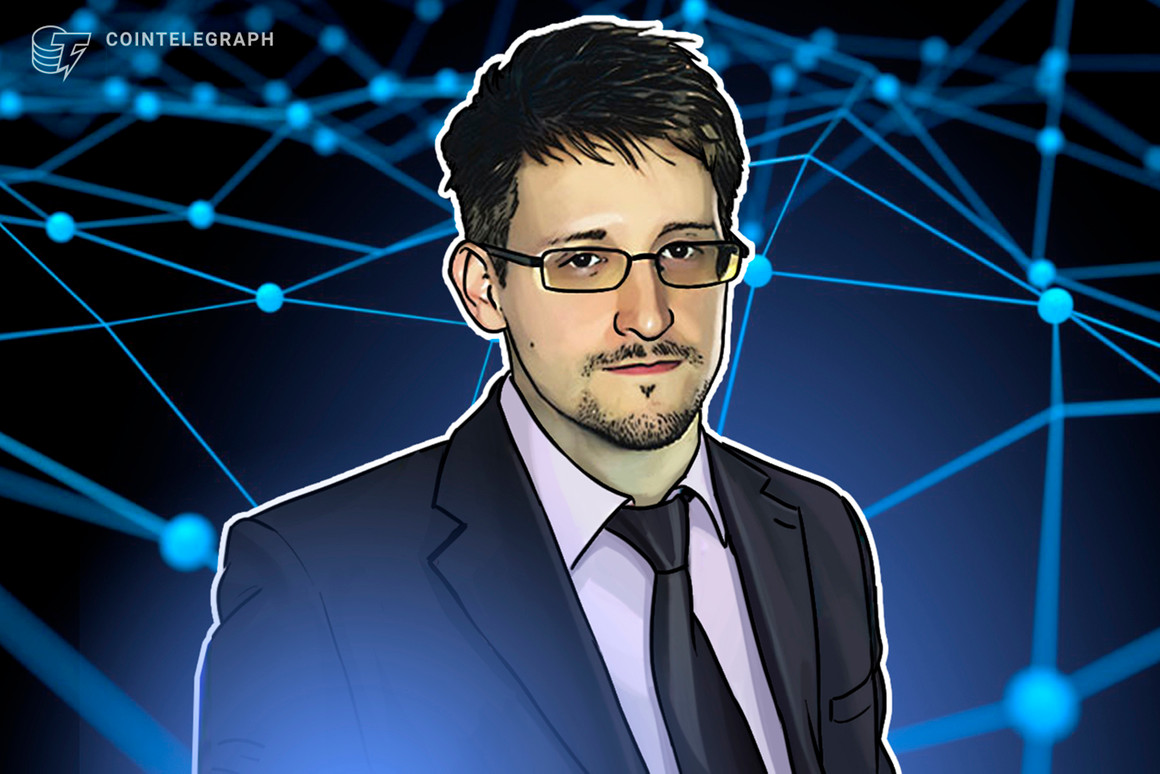 A video from Zcash Media featured an interview with Snowden where he outlined his involvement as one of the six individuals who had a piece of the Zcash multisig private key to launch the project on Oct. 23, 2016. In the video, Snowden stated:

“My name is Edward Snowden. I participated in the Zcash original ceremony under the pseudonym John Dobbertin.”

Edward Snowden is the whistleblower who revealed U.S. government surveillance tactics and went into hiding in 2013.

Zcash is a decentralized blockchain that uses zero-knowledge proofs in its transactions. ZEC transactions cannot be tracked and the amounts transmitted cannot be determined, unlike with relatively transparent Bitcoin (BTC).

Watch it now to learn about #Zcash‘s Ceremony, how it worked, why @ebfull‘s Halo breakthrough makes it obsolete, and an exclusive interview with #JohnDobbertin himself, Edward @Snowden.

The Zcash Ceremony saw Snowden and five other people each combine their portion of the Zcash private key to launch the project. None of the participants knew who the others were nor what portion of the key they held so as to protect their anonymity, one of the tenets of the project.

Each person’s key portion needed to be destroyed in order to prevent coins or transactions from being counterfeited in the future.

In the interview with Zcash Media, Snowden shared his enthusiasm for the project and his zeal for privacy. He said “The problem with [Bitcoin] is you can’t have truly free trade unless you have private trade.”

“I’m just really happy to see that the Zcash project […] is moving us closer and closer towards that ideal of a free currency which is also a private currency.”

Another participant in the ceremony, Bitcoin developer Peter Todd recalled the “legendary” lengths the Zcash Ceremony participants went to in order to avoid being hacked.

So turns out Snowden was one of the six participants in the Zcash trusted setup that I also participated in. Which I criticized heavily for being busted, followed by Zcash people falsely accusing me of sexual assault in retaliation.

Life is so weird and fucked up. https://t.co/bFuvg0izKs

Todd said that he bought a new computer and installed all the required programs for the ceremony then placed the computer in a faraday cage so as to prevent any unwanted intrusions. A faraday cage is a box lined with aluminum foil, which reflects wifi signals.

Related: The loss of privacy: Why we must fight for a decentralized future

He then drove to a remote area where he took a blow torch to his device in order to destroy his portion of the Zcash private key.

News of Snowden’s contribution did not have much effect on the price as ZEC is currently up 1.7% over the past 24 hours, trading at $148 according to Cointelegraph data.