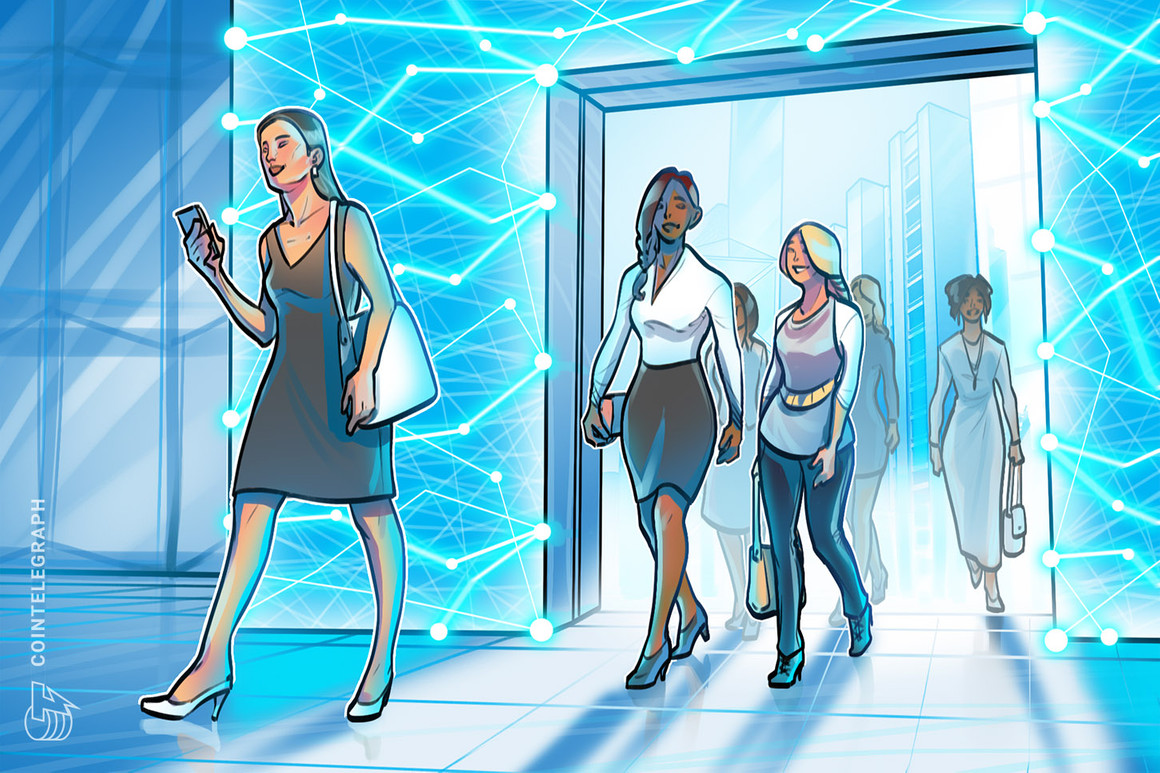 Web3 is not an exclusive club designed to keep people out. It’s a rising-tide-lifts-all-boats party that gets better every time someone new joins. The more people involved, the better the outcomes for everyone.

My introduction to crypto came early: It was 2013, and I’d been invited to a small get-together at SXSW in Austin to debate tech and trends — specifically, Bitcoin (BTC). I was the only woman in that group. Many of us knew nothing about Bitcoin, but over the course of the evening, we were invited to get educated. At the time, Bitcoin was trading for $35. Some of us invested that night, others a few weeks later. I waited until the end of the year and bought into the movement at $841 a coin. That decision to jump in has shaped my life considerably. Today, Bitcoin is trading at around $40,000 a coin.

I’ve thought back many times of being in that room in Austin, grateful I was part of those early conversations. But, I’m also a true believer that the conversation is only just beginning. It’s not too late to consider investing in this burgeoning industry.

Related: If the glass slipper doesn’t fit, smash it: Unraveling the myth of gender equality in crypto

“Web3 becomes more welcoming when speculation takes a backseat to participation,” Julian Weisser, a core member of ConstitutionDAO, recently told me. He added:

“When people feel like owners instead of speculators or flippers, they will have a deeper connection to a project. We need more Web3 initiatives that will appeal to humanity’s infinitely-wide range of interests.”

Web3 can (and should) upend years of economic inequality

It’s important to understand some of the reasons why crypto has received the “boys club” reputation so we can smash it. At its core, I believe that because crypto was billed as a risky investment at the start. Women, who arenaturally more risk averse, shielded away from the initial wave.

Today, the gap between men and women in crypto aligns with the legacy of traditional investment verticals skewing toward men. While 40% of men own individual stocks, just 24% of women do, based on a survey conducted by CNBC and Acorns. Likewise, three-quarters of crypto holders are men, which means many women are missing out on a total market that has an estimated value of $2 trillion, according to a 2021 State of U.S. Crypto report by cryptocurrency exchange Gemini.

But, it’s not too late to right the ship, and I think if we do, there is a great possibility for women to smash some gender wealth and pay gaps that have sowed their way into the fabric of our society. While it may be increasingly difficult to combat inequality in generational wealth that was accumulated through traditional investment means, Web3 is a blank slate. Why fall into the old patterns when looking at a new frontier? The great promise of digital currencies like Bitcoin and Ether (ETH) was their ability to flip the script on Wall Street. Let’s use it to flip the script for women’s financial future, too.

Related: Is crypto a boys’ club? The future of finance is not gendered

Making Web3 an everyone club

So, how do we move the needle today to make Web3 an everyone club?

Well, part of the hurdle is the barrier to entry. The way people learn about Web3 is generally pretty insular — a friend tells a friend about a Discord channel to follow to learn more or they tag a pal on Twitter in an interesting thread. Since most of the early adopters of the movement were men, it followed that they recruited their male friends to get involved, too. Simply reaching deeper into your network is the most effective way to get more women involved.

I was lucky enough to have an advocate, Gary Vaynerchuck, invite me to that early meeting in 2013. We need more of this. In order for the movement to grow and gain legitimacy, we need everyone involved. I’d like to challenge men involved in Web3 to think of a woman they can invite to their next meeting. And, I’d like to challenge women to ask questions and see this opportunity as a way to align their wealth with men. This is a moment in which you can change the course of female wealth not just today, but well into the future.

There are many women now joining the movement inviting others in, as well. It’s starting. And, I’m so pleased to be at the forefront of the shift. Web3 is making its debut in traditionally female venues now. Look no further than Shopify, the online sales platform, which reports 52% of its customers are women, is creating a marketplace for NFT sales. In the United Kingdom, a new campaign called Women Rise has a goal of getting 100,000 women into crypto by the end of this year. The nonprofit Women in Blockchain has been working since 2017 to make the world of crypto more welcoming. And, last October, a physical version of an NFT from Boss Beauties, a collection of 10,000 digital portraits of women, was even displayed at the New York Stock Exchange.

This February, a 22-year-old day-trader turned crypto investor named Amy Matsushima introduced the NFT collection “Women of Crypto” as her way of educating other young women about NFTs. The entire collection of nearly 9,000 avatars sold out in ten hours. Amy, who invested $20,000 in crypto when she was 19 years old, saw the gender imbalance in Web3 and recognized this disparity for what it is: An opportunity.

Related: While men wanted, women did: Empowering female creators with NFTs and crypto

I see it the same way. If you think Web3 is an exclusive club designed to leave people out, change your mindset. The party, that is, the Web3 revolution, is a “more the merrier” proposition and we want everyone to join in. Anyone who’s already invested has an obligation to invite those on the outside in. And, the beauty of it — as Matsushima understood — is that the more people who join, the greater the value for everyone involved: A rising tide lifts all boats.

If you’re a woman, here’s my open invitation to you to join the Web3 movement. Check out some of the resources above or follow some of my favorite folks: Emilie Choi, Rebecca Kaden, Meagan Loyst, Yam Karkai, Gary Vaynerchuck and Julian Weisser.

Nikki Farb is an active investor and adviser to technology companies. She is currently a venture partner at Headline and is partnering with and investing in the best entrepreneurs in Web3. She advises SoFi, and is an investor in Consensys (MetaMask), Fractal, AfterParty and Wander. After university, Farb joined Goldman Sachs’ Investment Banking Division. Farb has been involved in the Web3 movement since 2013, having invested in Bitcoin then, and is deeply passionate about the potential for this computing paradigm and its ability to help more people tap into personal and collective brilliance.