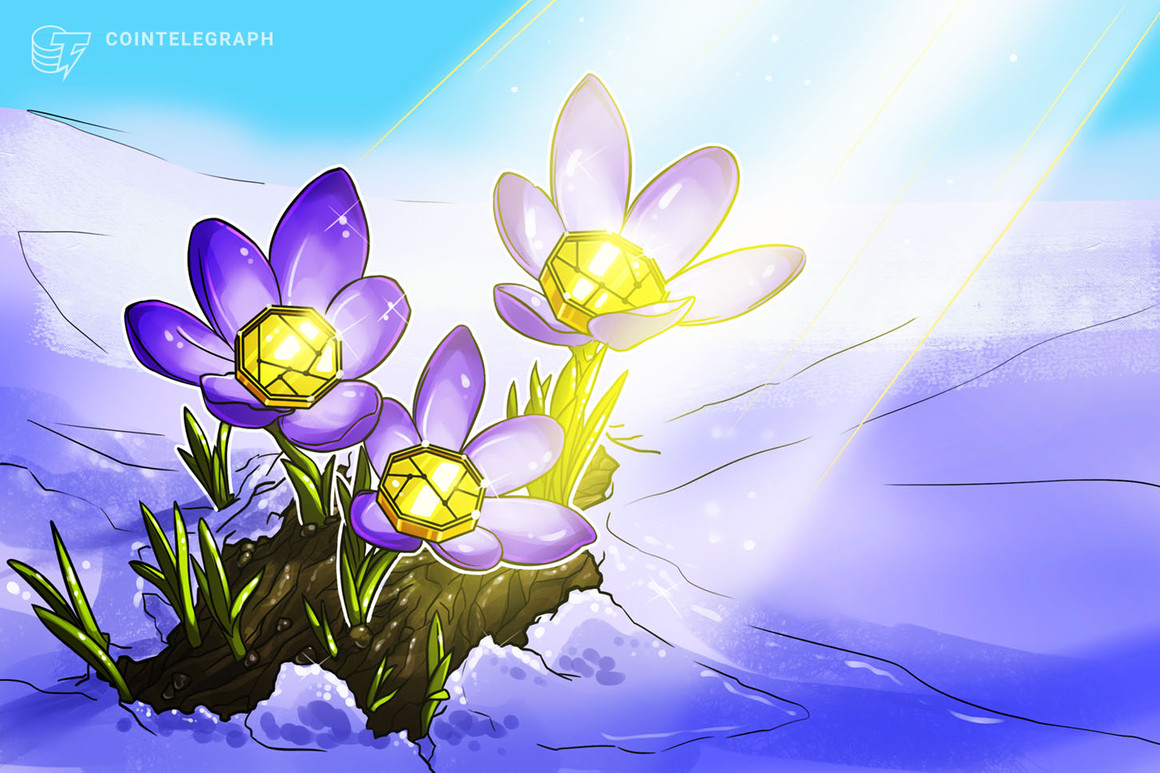 The decentralized finance (DeFi) market has been undergoing a period of maturation over the past year and many of last year’s fast risers have faded into obscurity but this does not mean the formerly “famous” protocols have not continued to build.

One blue-chip project that is regaining momentum is Aave (AAVE), a non-custodial liquidity protocol that allows users to lend, borrow or stake their assets to earn yield from their holdings.

Three reasons for the price resurgence in AAVE have been the release of AAVE v3, the expansion of the protocol’s ecosystem and steadily improving fundamentals.

Traders have long anticipated the release of Aave v3 which was announced on March 16.

1/ Aave V3 is here!
The most powerful version of the Aave Protocol to date, V3 brings groundbreaking new features than span from increased capital efficiency to enhanced decentralization. Read what’s new in V3 in the thread belowor visit https://t.co/H3jTyKRqNs to dive in! pic.twitter.com/LXzn7660nA

According to Aave, the new features will help provide greater capital efficiency, increased security and cross-chain functionality, while also helping to promote decentralization across the DeFi ecosystem.

Some of the new features include portals, which offer only “permit listed” bridge protocols that have been approved by Aave governance to facilitate cross-chain transactions, a high-efficiency mode (E-Mode) that allows users to extract the most out of their collateral by providing a higher borrowing power within the same asset category and an isolation mode which limits the available collateral for newly listed assets as a way to help limit exposure and risks to the protocol.

Aave v3 is currently deployed on Polygon, Fantom, Avalanche, Arbitrum, Optimism and Harmony, with more integrations planned in the future.

A second factor bringing fresh momentum to AAVE has been the expansion of the Aave ecosystem, which includes launching on new networks and forming partnerships and integrations with other DeFi protocols.

On top of now being available on seven different networks, Aave continues to explore new networks to launch on, including Metis.

Aave has also seen an uptick in support from wallet providers and Web3 aggregators, including Instadapp, Debank, 1inch, Paraswap, Zapper, DeFisaver and Zerion.

Aave V3 has landed at Zapper⚡️

TVL is on the rise

A third sign of the building strength for Aave can be found by looking at the community behind the protocol, which has continued to see new users onboard into the ecosystem despite the wider struggles of the DeFi sector.

According to data from Dune Analytics, there are now more than 92,000 unique wallet addresses that have engaged with the AAVE protocol. With the number of chains supported by Aave continuing to increase, there is a strong possibility that this number will rise further in the future.

As a result of new users and the addition of support for new chains, the total value locked (TVL) on the protocol is once again on the rise and currently sits at $13.99 billion according to data from DeFi Llama.

The recent addition of support for liquid staking assets such as stETH from Lido Finance has also helped boost the TVL on AAVE, possibly because ETH stakers are looking to maximize their return.

VORTECS™ data from Cointelegraph Markets Pro began to detect a bullish outlook for AAVE on March 24, prior to the recent price rise.

As seen in the chart above, the VORTECS™ Score for AAVE climbed to a high of 73 on March 24, around one hour before the price began to increase 45.8% over the next five days.