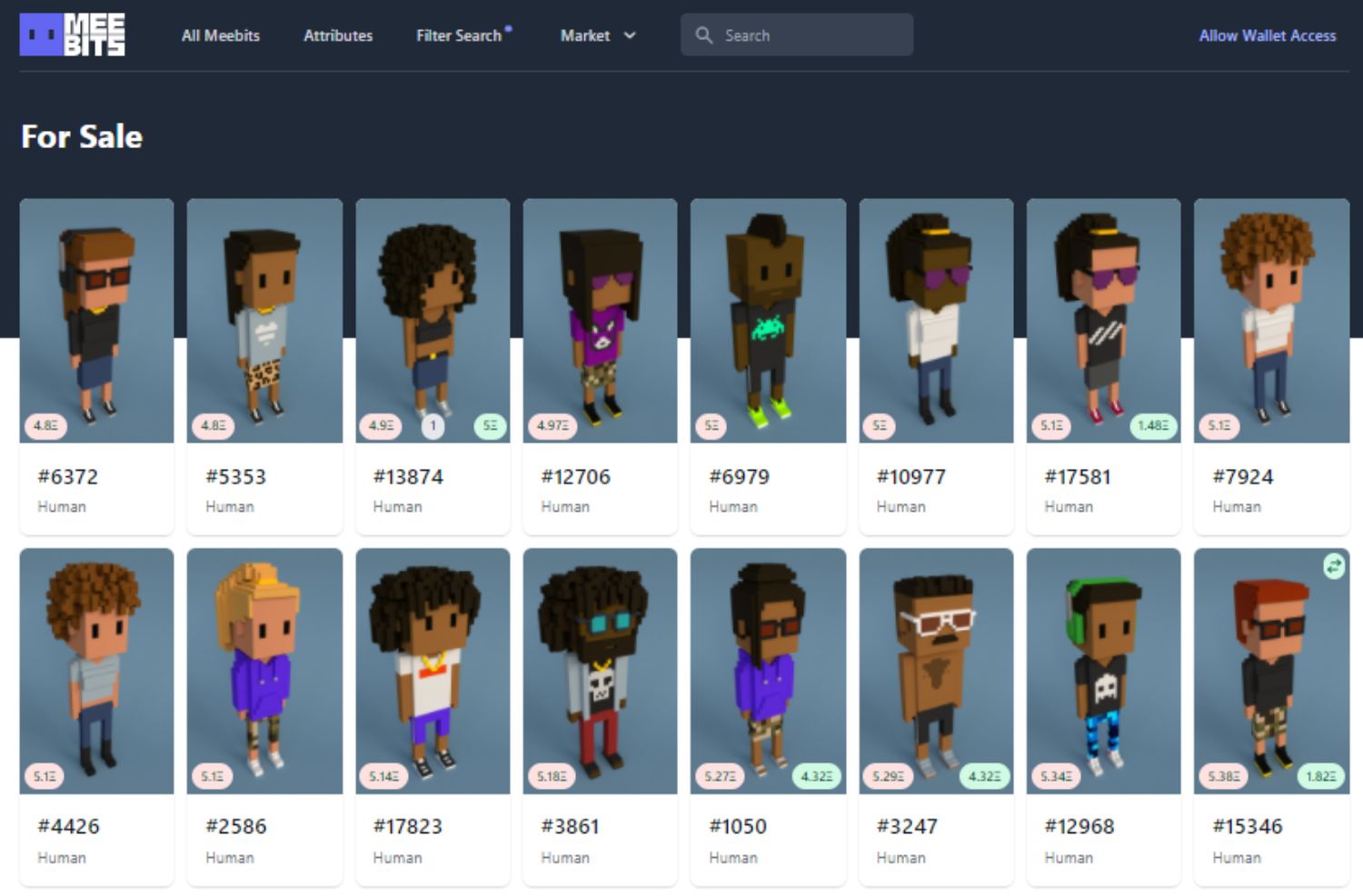 14 new Ethereum (ETH) addresses have been highlighted for purchasing 159 Meebits between March 5th and March 11th.

These purchases were significant in that they were carried out days before the March 12th announcement that the Meebit Collection of NFTs had been acquired by Yuga Labs.

The team at @WuBlockchain pointed out the series of events through the following statement.

PeckShield shows that 14 Ethereum addresses, with no previous history of mainstream NFT collection purchases, bought 159 Meebits between March 5 and March 11, before the acquisition by Yuga Labs, which raised accusations of insider trading.

Was it Really a Case of Insider Trading?

The new Ethereum addresses purchasing 159 Meebits before the collection was acquired by Yuga Labs, has raised questions as to whether the transactions were made as a result of insider trading.

In an interview with Bloomberg, Darren Heitner, an IP lawyer based out of Fort Lauderdale, Florida, commented that the NFT industry was riddled with uncertainty. He explained:

There is currently quite a bit of uncertainty as to whether some of these NFT products are improperly not registering as securities.

Further expanding on Mr. Heitner’s comments, the digital asset industry is yet to be regulated in the traditional sense.

Therefore, the purchases of 159 Meebits before a major announcement exhibit all the signs of insider trading from the eyes of traditional finance. However, and by excluding the universal morals of right and wrong, no crime was committed at the time of the Meebit transactions being made.

Only time will tell as to whether the Securities and Exchange Commission (SEC) will classify NFTs as securities and thus shine a spotlight on the aforementioned Meebit purchases.

Disclaimer: Any additional opinion herein is solely the author’s and does not represent that of Ethereum World News or its other writers.