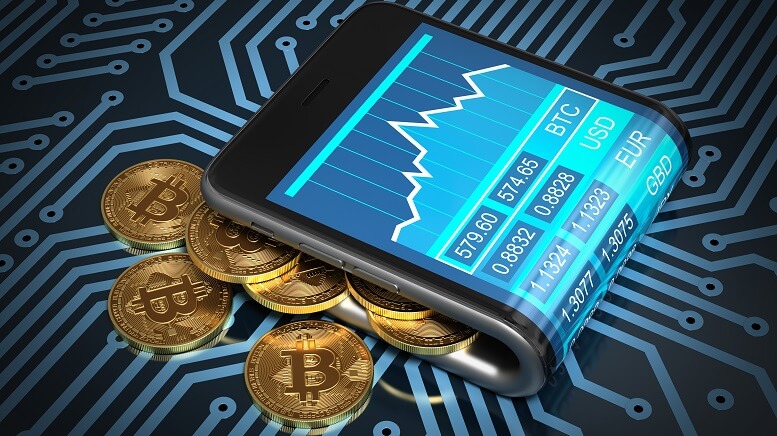 WonderFi Technologies Inc. (NEO: WNDR) (OTC:WONDF), a technology company providing greater access to digital assets through centralized and decentralized compliant platforms, is continuing to grow its user base. On March 16, the company announced that the Ontario Securities Commission has granted final regulatory approval for the acquisition of Bitbuy, a leading cryptocurrency platform and the first approved crypto marketplace in Canada.

“We are pleased to mark this final step toward completing the Bitbuy acquisition and combining these two world-class companies,” said Ben Samaroo, President and CEO of WonderFi. “Both teams have been actively working on integration and our strategic plan which centers around providing secure and compliant access to crypto and DeFi, and creating value for our shareholders.”

“This is a very significant milestone for WonderFi and Bitbuy, who are laser focused on growing the combined business within Canada and internationally,” added Kevin O’Leary, globally renowned investor, ambassador and strategic advisor to WonderFi.

Earlier this month, WonderFi revealed the rapid growth of collective users across the WonderFi ecosystem, with a total of over 600,000 users at the closing of the Bitbuy and Sun Machine acquisitions.

The Bitbuy acquisition, which is expected to close by 31 March 2022, brings 389,000 additional registered users to the ecosystem and will establish WonderFi as a leading end-to-end consumer platform for people seeking access to crypto and DeFi. Bitbuy saw a 58% increase in new user registrations in Q4 2021 compared to Q3 2021.

The WonderFi app was successfully launched on January 25, 2022, and has since recorded more than 25,600 unique visits. The average number of daily registrations has continued to grow since the initial launch, with a 255% increase week-over-week during the last week of February.

“Within a very short timeframe we have achieved over half a million users and have continued to focus on offering a diverse set of high quality products to those users. The strong synergies between CeFi, DeFi, gaming and NFTs provide us with a tremendous opportunity to continue to grow our user base, increase the value of each user which increases the value of the WonderFi ecosystem,” said WonderFi CEO Ben Samaroo.

WonderFi also recently announced the launch of a new division, WonderFi Interactive Inc, expanding its product offering into play-to-earn (P2E) gaming and NFTs. In connection with the launch of the new division, the company also entered into a binding letter of intent to acquire Sun Machine Entertainment, an industry leading game development studio and owner of the Go BIG! Franchise, which is available on iOS and Android.

WonderFi Interactive’s roadmap includes the integration of NFTs into the Go BIG! Franchise, including celebrity NFTs and the development of new games in 2022 to bring more gamers into the WonderFi ecosystem. NFT support features will also be added to the WonderFi app to create a bridge between crypto and gaming users upon the closing of the Sun Machine acquisition.

On February 24, Coinbase Global (NASDAQ:COIN) released its fourth quarter and year 2021 shareholder letter, including financial results. The company said 2021 has been a year of tremendous growth and development for Coinbase. In the fourth quarter, Coinbase generated $2.5 billion in net revenue, $840 million in net profit and $1.2 billion in adjusted EBITDA. It ended the year with 11.4 million Monthly Transactional Users (MTUs), 32% of whom have both invested and engaged with a non-investing product.

Bit Digital Inc (BTBT:NASDAQ), a leading digital mining company headquartered in New York City with facilities across North America, announced on February 24 the appointment of Cameron Schnier as Head of Investor Relations. He will oversee investor relations activities, corporate marketing events and liaising with equity research coverage. Prior to joining Bit Digital, the CFA charterholder was Vice President at Wolfe Research covering both the Industrial Technology and Oilfield Services sectors from 2018 to 2021.

DMG Blockchain Solutions Inc. (OTC:DMGGF), a vertically integrated blockchain and cryptocurrency technology company, has released certain preliminary revenue guidance for the first quarter. With the receipt of additional crypto miners throughout Q1, DMG’s mining capacity increased, resulting in expected Q1 2021-2 consolidated revenue of $13.5-14 million, compared to $3.5-4 million in Q4 2021, an increase of approximately 260%. quarter by quarter. DMG‘s coin production for Q1 mining operations is estimated at 175-180 BTC, depending on network difficulty and overall mining hash rate, a significant gain of just over 260% compared to Q4 production figures of 47 to 50 BTC.

On March 1, Bitfarms Ltd. (TSXV:BITF) (NASDAQ:BITF) a global Bitcoin self-mining company, provided an update on Bitcoin (BTC) production and mining operations for February 2022. Bitfarms CEO Emiliano Grodzki said that as the company approaches the opening of its two new farms in Sherbrooke, Quebec, it remains on track to achieve its goal of 3 exahash per second (EH/s) by the end of the first quarter of 2022. She added that miner deliveries accelerated in the second half of February, which positions Bitfarms to rapidly ramp up production at these Sherbrooke locations. As expected, seasonal energy reduction programs at the company’s Quebec farms affected production in February, but to a lesser extent than in January. With seasonally warmer weather expected in March, the impact of these programs should lessen, said Ms. Grodzski.

Bitbuy will continue to add new coins to its platform in Q1 2022 to support market volume growth while boosting user satisfaction.