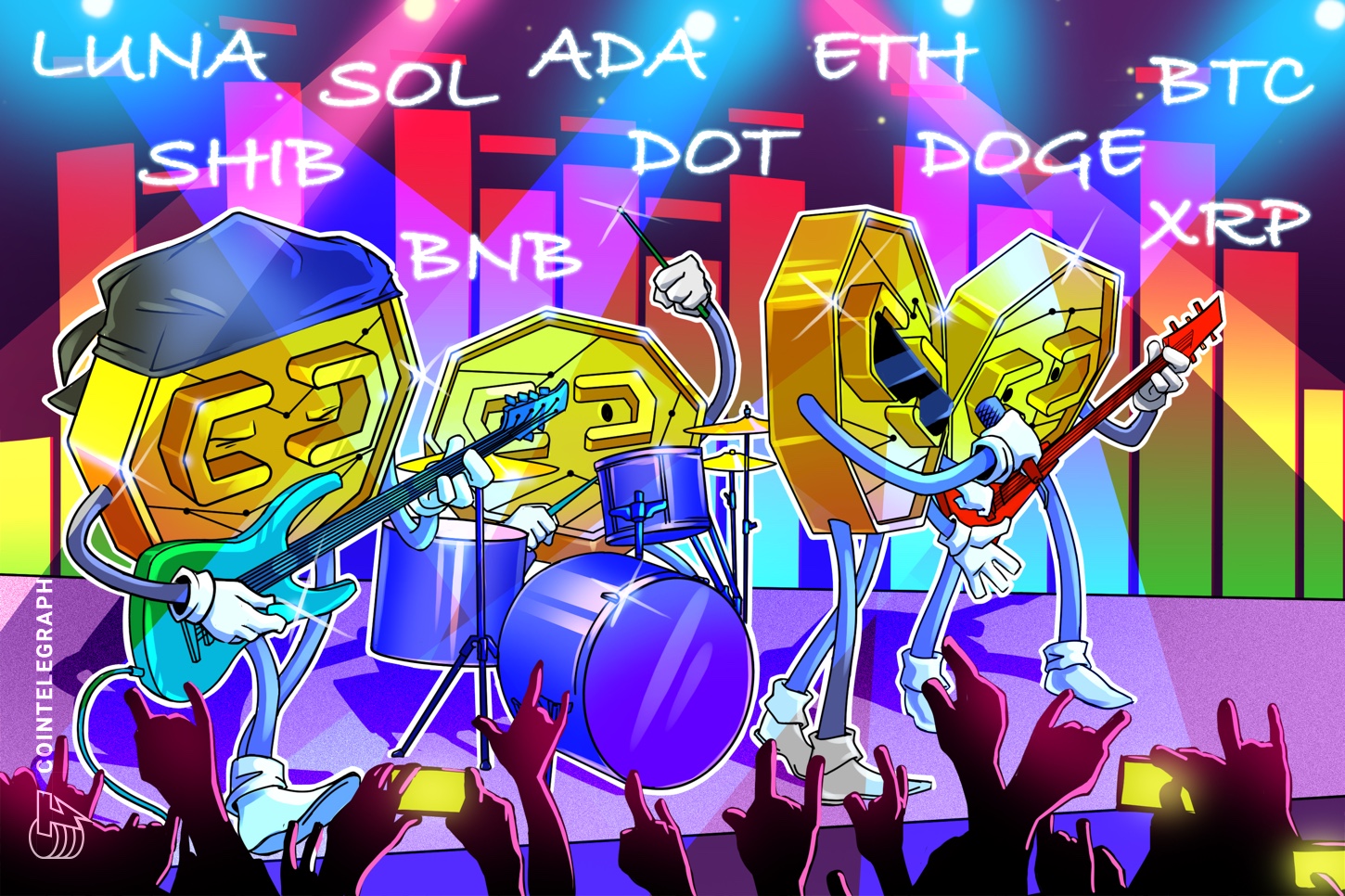 Bitcoin (BTC) price continues to weaken following the shakeout of the leveraged traders in the derivatives markets on Nov. 10. This caused the derivative funding rates to drop to the neutral territory of 0.01% across exchanges.

Data analysis firm Arcane Research said in its latest weekly newsletter that the derivatives markets had matured compared to the run to the previous all-time high in April. The firm highlighted that the futures’ basis, the difference between Bitcoin’s spot price and futures price, which was at elevated levels in April have dropped much lower, “indicating a healthier market.”

According to Bloomberg senior ETF analyst Eric Balchunas, the ProShares Bitcoin futures exchange-traded fund (ETF) has soared in popularity, with its average volume placing it among the top 2% of all ETFs in terms of the trading volume.

Another sign of the increasing popularity of cryptocurrencies is Grayscale Investments, whose assets under management topped $60 billion, flipping the biggest gold fund, SPDR Gold Shares (GLD).

In the short-term, will Bitcoin and altcoins recover from their strong support levels or will profit-booking drag the prices much lower? Let’s study the charts of the top-10 cryptocurrencies to find out.

Bitcoin reversed direction from $69,000 on Nov. 10 and dropped to the 20-day exponential moving average ($62,532). The long tail on the day’s candlestick indicated strong buying at the 20-day EMA.

However, the bulls could not build up on the rebound on Nov. 11, indicating hesitation to buy at higher levels. The bears have renewed their selling today and are attempting to sustain the price below the 20-day EMA.

If they succeed, the BTC/USDT pair could drop to the 50-day simple moving average ($57,048). The negative divergence on the relative strength index (RSI) also warns that the bulls may be losing their grip.

Conversely, if the price bounces off the current level, it will indicate that the sentiment remains positive and traders continue to accumulate on dips. A break and close above $69,000 will signal the resumption of the uptrend. The pair may then rally to $75,000.

Ether (ETH) turned down from $4,868 on Nov. 10 and declined to the support line of the ascending channel. The bulls purchased this drop and attempted to resume the up-move on Nov. 11 but higher levels again attracted selling.

The ETH/USDT pair has again dropped to the support line of the channel today. If the price rebounds off this level, the bulls will attempt to resume the uptrend by pushing the price above the all-time high at $4,868.

The rising 20-day EMA ($4,430) and the RSI in the positive zone indicate advantage to buyers. Alternatively, if the price breaks below the channel, it will signal that the bullish momentum has weakened. The pair could then drop to the critical support at $4,000.

Binance Coin (BNB) formed an outside-day candlestick pattern on Nov. 10 as the price reversed direction from $662.90 and dived to the 20-day EMA ($573). A minor positive is that bulls bought the dips to the 20-day EMA as seen from the long tail on the day’s candlestick.

The BNB/USDT pair formed an inside-day candlestick pattern on Nov. 11, indicating indecision among the bulls and the bears. If the price slips below $600, the pair could retest the 20-day EMA.

On the contrary, if the price turns up from the current level and breaks above $635.20, it will suggest accumulation at lower levels. The pair may then attempt to challenge the overhead resistance at $691.80.

Cardano (ADA) turned around sharply and plunged below the downtrend line and the moving averages on Nov. 10. This suggests that traders are selling aggressively at higher levels.

The bulls tried to push the price back above the downtrend line on Nov. 11 but failed. Renewed selling has pulled the price back below the 20-day EMA ($2.06) today. The ADA/USDT pair could now drop to the critical support zone of $1.87 to $1.80.

A break and close below this zone will be a huge negative as that may aggravate selling and result in a further decline to $1.50. The bulls will have to push and sustain the price above $2.47 to gain strength.

Solana (SOL) plummeted to the support line of the ascending channel on Nov. 10 but the bulls bought this dip with vigor as seen from the long tail on the day’s candlestick. They tried to push the price back above the centerline of the channel on Nov. 11 but failed.

The bears sold at higher levels and have pulled the price back toward the support line today. The repeated retest of a support level within a short interval tends to weaken it.

On the contrary, if the price rebounds off the current level with strength, the bulls will make one more attempt to resume the uptrend. If buyers drive the price above $248, the pair may challenge the all-time high at $259.90.

XRP turned around sharply from $1.34 and plunged below the 20-day EMA ($1.16) on Nov. 10. The long tail on the day’s candlestick showed strong buying at lower levels. The bulls pushed the price back above the 20-day EMA on Nov. 11 but could not clear the overhead hurdle at $1.24.

This may have attracted selling by traders and the price has dropped back to the 20-day EMA. If this support cracks, the XRP/USDT pair could slide to the 50-day SMA ($1.09). Such a fall will suggest that the pair may remain range-bound for a few more days.

The 20-day EMA is flattening out and the RSI is also just above the midpoint, indicating a consolidation in the short term. The next trending move may start after a break above $1.41 or on a break below $1.

The buyers pushed the price back above the 20-day EMA on Nov. 11 but could not clear the overhead hurdle at $49.78. This attracted selling today and the DOT/USDT pair has dipped below the 20-day EMA.

Dogecoin (DOGE) broke below the moving averages on Nov. 10 but the bulls bought the dip as seen from the long tail on the candlestick. They pushed the price above the 20-day EMA ($0.26) on Nov. 11 and today but have not been able to sustain the higher levels. This indicates that bears are selling on rallies above the 20-day EMA.

Both moving averages are flat and the RSI is just below the midpoint, indicating a balance between supply and demand. If the price breaks below the 50-day SMA ($0.24), the DOGE/USDT pair could drop to $0.22 and then to $0.19.

Conversely, if the price rebounds off the 50-day SMA, the bulls will try to push the pair above the downtrend line. If they succeed, the pair could rise to $0.30 and thereafter challenge the stiff overhead resistance at $0.34.

SHIBA INU (SHIB) broke above the downtrend line and the 20-day EMA ($0.000053) on Nov. 11, indicating that bulls are attempting to make a comeback. However, the bears have other plans as they are trying to pull the price back below the 20-day EMA today.

The flat 20-day EMA and the RSI near the midpoint indicate a range-bound action in the near term. The next trending move could start after bulls push the price above $0.000065 or bears sink the pair below $0.000043.

Terra’s LUNA token dipped below the critical support at $49.54 on Nov. 10 but the long tail on the candlestick shows strong buying at the support line of the rising wedge pattern.

A break and close below the support line will complete the bearish pattern, intensifying the selling. There is a minor support at the 50-day SMA ($42.43) but if it cracks, the decline could extend to $35.29.

Contrary to this assumption, if the price rebounds off the current level, it will suggest accumulation at lower levels. The LUNA/USDT pair could then again rise to $52 and later to $54.95.

2021: A year of mass adoption for cryptocurrencies in Brazil
Crypto.com breach may be worth up to $33M, suggests onchain analyst
BIS general manager: Central banks generate trust, not big techs or “anonymous ledgers”
Can blockchain solve its oracle problem?
Bitcoin payments decline as other cryptocurrencies grow