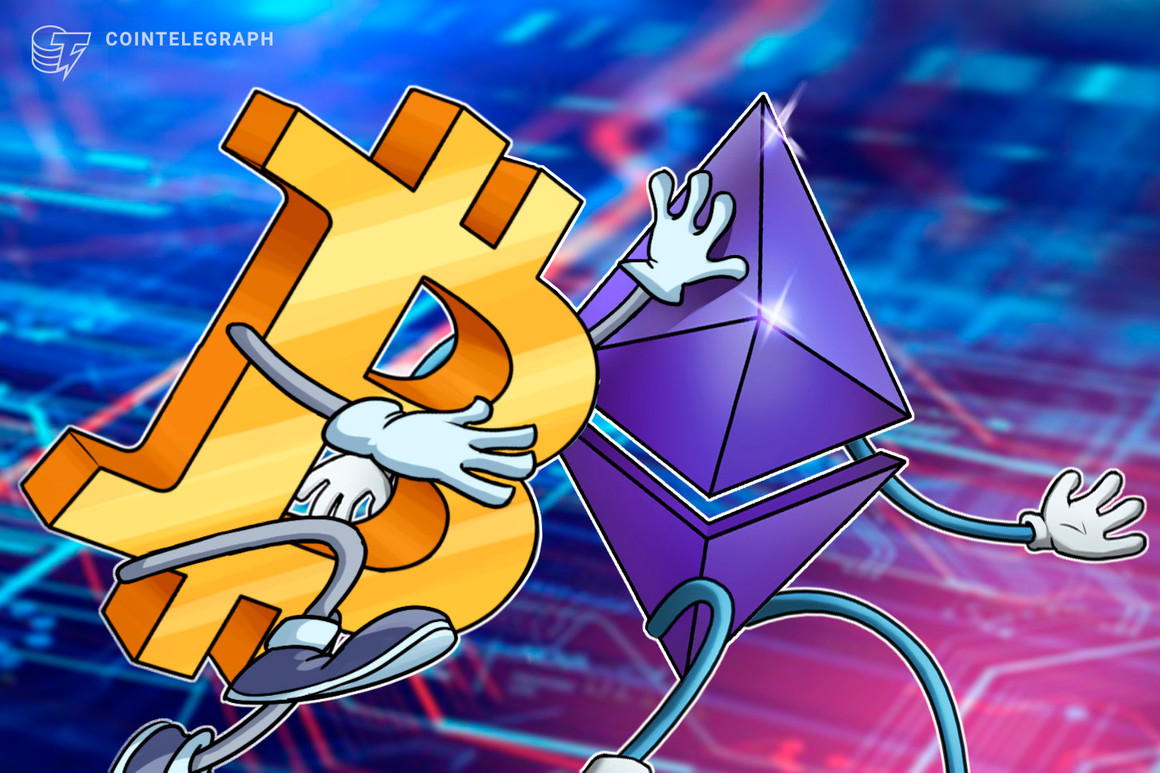 Ethereum’s native token Ether (ETH) is likely to hit its own record high in the short term as ETH has broken above $4,000, a crucial resistance level.

ETH price rallied on Oct. 20 by over 5% to approach $4,100 on the Coinbase exchange for the first time since May 2021. The cryptocurrency’s run-up above $4,000 appeared primarily in the wake of Bitcoin (BTC) breaking above $65,000 to enter price discovery.

As a result, Bitcoin’s ability to enter price discovery opens up similar prospects for Ether, which still trades a few hundred dollars below its current all-time high of $4,385.

ETH’s latest pump boosted its year-to-date profits by almost 450%, compared to Bitcoin’s 130% returns in the same period. That also raised the possibility of Ether posting better gains than Bitcoin in the coming sessions, thereby achieving levels much higher than Rekt Capital’s $4,400-target.

On Wednesday, ETH price broke above the Triangle’s upper trendline. Nevertheless, the move upside accompanied lower trading volume, which could see ETH retest the trendline as support in the near term.

As Cointelegraph reported earlier, ETH had been painting an Ascending Triangle structure with a $6,500 upside target.