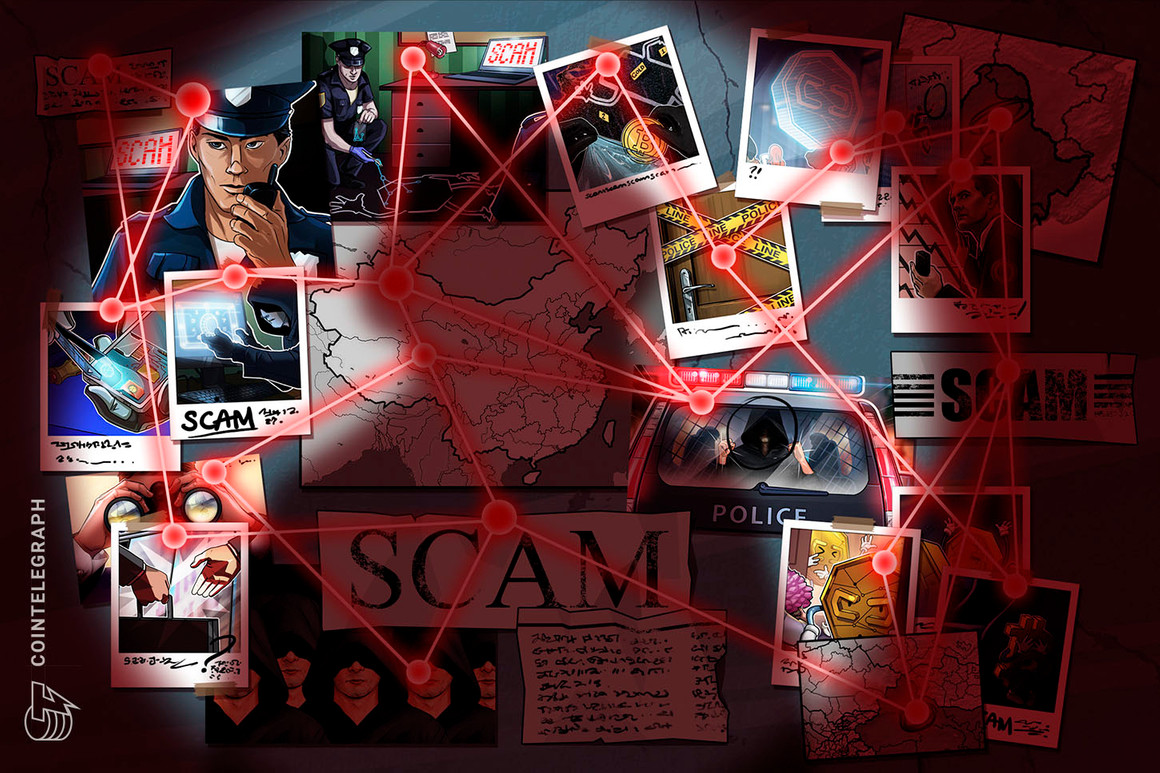 A new report from Chainalysis has found that while China’s share of global criminal crypto flows has been falling since the third quarter of 2019, the country still represents a disproportionate amount of illicit cryptocurrency activity.

In its August 3 Cryptocurrency and China report, Chainalysis stated that more than $2.2 billion worth of crypto had been sent from Chinese wallets to addresses associated with illicit activity between April 2019 and June 2021.

Chinese addresses also received more than $2 billion worth of digital assets tied to nefarious activity such as scams and darknet marketplaces. Despite this, the report says crime has fallen significantly:

“China’s transaction volume with illicit addresses has fallen drastically over the time period studied, both in terms of raw value and in relation to other countries. Much of the drop is due to the absence of large-scale Ponzi schemes like the 2019 PlusToken scam.”

Chainalysis added that, “While China remains one of the top-ranked countries for illicit transaction volume, it used to beat all others by a wide margin, suggesting that cryptocurrency-related crime in the country has fallen.”

The authors cite “historical transaction data” as suggesting that Chinese over-the-counter (OTC) Bitcoin brokers “have played an outsized role in facilitating money laundering for those involved in cryptocurrency-based crime.”

The report adds that the “vast majority” of illicit Chinese crypto flows have been associated with scam activity, although digital asset-based money laundering is still “disproportionately carried out in China.”

Chainalysis noted that China’s central government carried out more than 1,100 arrests associated with digital asset-based money laundering in June, indicating a willingness to crack down on the sector.

“It will be interesting to see whether the arrests lead to a drop in flows of illicit funds to China-based cryptocurrency businesses and OTC traders.”

Chainalysis speculates that China’s increasing moves to clamp down on traditional decentralized cryptocurrencies may undermine the nation’s status as a global crypto superpower moving forward.

The report attributes China’s renewed hostility toward decentralized crypto assets to its plans for widespread adoption of the digital yuan.