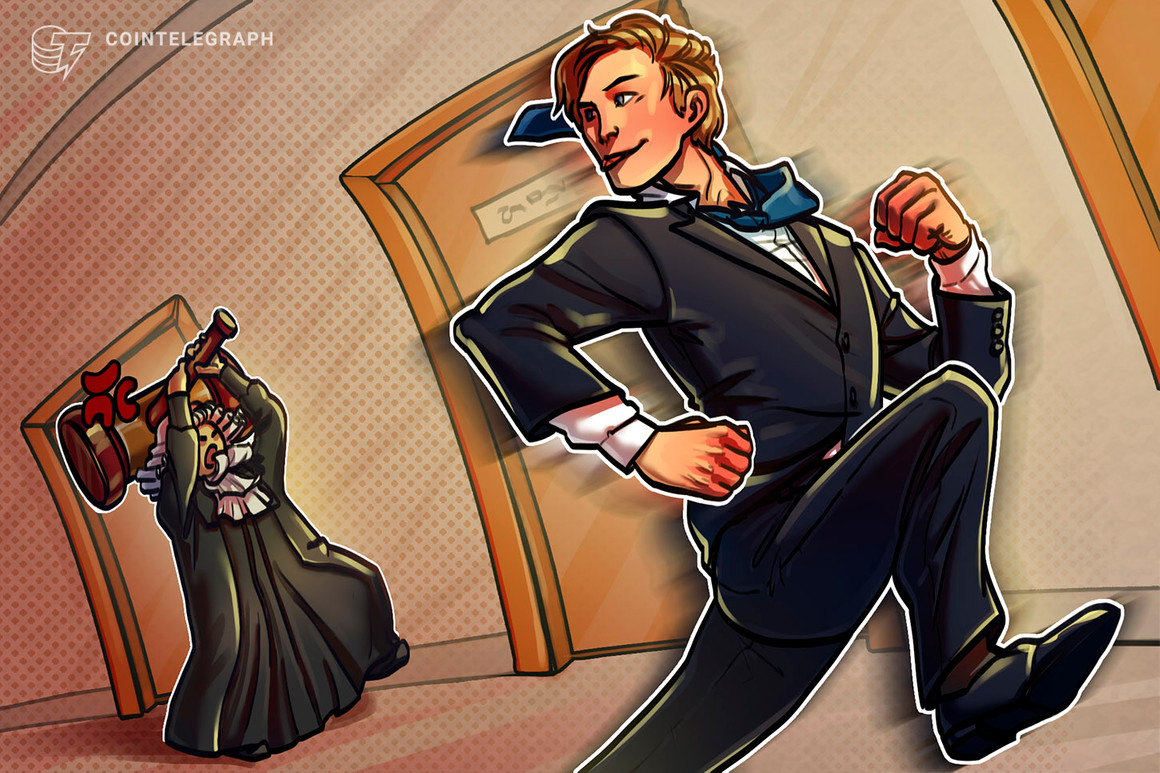 Powers On… is a monthly opinion column from Marc Powers, who spent much of his 40-year legal career working with complex securities-related cases in the United States after a stint with the SEC. He is now an adjunct professor at Florida International University College of Law, where he teaches a course on “Blockchain, Crypto and Regulatory Considerations.”

Well, well, well. It seems that some of those class-action law firms that ferret out possible securities claims in search of fees and recovery for investors, sometimes wrapped self-righteously in the flag of investor harm and rights, are properly receiving a cold shoulder from the federal courts in the Southern District of New York (SDNY). That is very good news for the nascent blockchain industry and for investors who own tokens in legitimate blockchain businesses like Bancor, Status and Quantstamp. It is important to highlight these court decisions, even though these decisions came down several months ago.

The overhang of class actions, just like when the United States Securities and Exchange Commission brings its own independent lawsuits, can be severe for both the individual founders named as defendants and the companies they built. They have caused financial and reputational damage from specious claims. It is thus gratifying to see that when two judges in the SDNY were faced with 190-plus page complaints in these lawsuits, they have so far independently determined that the complaints should be dismissed.

As discussed below, shortly following these two defeats — with their apparent tails between their legs — the plaintiffs voluntarily agreed to dismiss five of the other actions. So far, the only recovery obtained by the plaintiffs is a settlement, in one of the 11 lawsuits, against EOSIO developer Block.one. But that was likely because Block.one had previously settled with the SEC, which accused it of similar claims, and had $4 billion in the bank from its initial coin offering (ICO). Motions to dismiss in lawsuits against Binance and Tron are pending. For Tron at least, the plaintiffs will undoubtedly suffer the same fate as the other lawsuits and be properly dismissed by the judge assigned to that case. In the only other remaining action, against KuCoin, there was never an appearance by the exchange or its principals.

The context and background

For those unfamiliar with these class actions, let me provide some background and context. On April 3, 2020, exactly one year after the SEC issued its “Framework for ‘Investment Contracts’ Analysis of Digital Assets,” 11 class actions were filed in the SDNY by two law firms representing various combinations of four proposed lead plaintiffs. In some cases, these plaintiffs individually lost, at most, a few hundred dollars. The purported predicate for the lawsuits was the sale of unregistered securities in ICOs or the operation of trading platforms (exchanges) for the purchase and exchange of tokens.

These actions alleged claims under Section 12(a)(1) of the Securities Act of 1933 for violations of Section 5, which makes it unlawful to cause a nonexempt offer and sale of securities without filing a registration statement with the SEC. Also asserted were “control person” liability claims under Section 15(a) of the Securities Act against the founders and officers of the defendant organizations, as well as various state securities laws claims. I never bought the theories of liability and have previously written about potential defenses of these cases that should defeat the claims.

The key defenses I raised, which several of the law firms representing defendants in many of the actions subsequently raised in motions to dismiss, included the one-year statute of limitations (SOL) applicable to Section 12(a)(1) claims. To get around this SOL, the plaintiffs’ lawyers sought to create an unsupportable fiction. To wit, the plaintiffs were told when they purchased the tokens in the ICOs that the tokens were not “securities” for federal securities laws purposes. It was only after the framework was issued by the SEC in April 2019 that they came to understand that the tokens were likely “securities” and that they should have been registered with the SEC pursuant to Section 12. Thus, bringing their claims within one year, in early April 2020, made them timely. To me, this is poppycock! And so far, two federal judges, Denise Cote and Alvin Hellerstein, also agree.

By April 2019, the SEC had brought over a half dozen lawsuits against companies and/or their principals involved in ICOs for Section 5 violations. This is after The DAO report by the SEC in July 2017 and numerous public speeches by SEC commissioners and officials throughout 2017 and 2018 where it was stated that ICOs were likely the offering of “securities.”

Related: It is time for the US to create a ‘Ripple test’ for crypto

Other important defenses were whether the plaintiffs had “standing” to bring these claims. Under the United States Constitution, Article III, a lead plaintiff must suffer an “injury in fact” to sue someone. Also, the Supreme Court in Pinter v. Dahl (1988) ruled that there needs to be some privity between the purchaser of the “securities” or tokens and the seller of the “securities” or tokens for Section 12(a)(1) claims. In addition, our article last year highlighted possible jurisdictional defenses for many of the foreign defendants that never stepped foot in the United States.

In the class action against the Bibox exchange, it was alleged that Bibox operated an exchange that traded five coins that were “securities” and its own native token, Bibox Token (BIX) — all without registration. Cote, in a detailed 33-page analysis of the BIX token and the five other tokens, found them dissimilar in characteristics. Moreover, she noted that the lead plaintiff for the case had only purchased BIX, not any of the other tokens, and he had done so on Bibox more than six months after the ICO concluded. Accordingly, the court held in its opinion, filed April 16, 2021, that the plaintiff lacked standing to represent the class of purchasers of tokens he did not also purchase. Cote also held that the one-year SOL barred the BIX token and other claims in the Second Amended Complaint.

Hellerstein took a different approach in the Bancor case. While not as detailed and analytical in his six-page opinion, dated February 22, 2021, the court noted the plaintiff alleged to have purchased 587 BNT for a total cost of $212.50 and, as of some unspecified date, had not sold those coins. Given that there were no specific allegations showing damages, the motion to dismiss for lack of standing was granted. The court also noted the defendants were based in Israel and certain promotional activities for the token — such as on websites and personal appearances worldwide in New York, Singapore and Berlin — were insufficient for personal jurisdiction over the defendants. And to leave no doubt on his position, in summary fashion he held that the Section 12 claim lacked privity, that under the teachings of the Supreme Court decision in Morrison v. National Australia Bank Ltd. (2010), the claims involving the purchase and sale of “securities” outside the United States on foreign exchanges involving foreign defendants should not be heard in the SDNY and that the one-year SOL requires dismissal.

As noted above, once these judges dismissed two of the class actions, the law firms for the plaintiffs in five other actions voluntarily dismissed their lawsuits in late April 2021 — in some instances, without much urging from the defense counsel. Presumably, the counsels for the lead plaintiffs saw the proverbial writing on the wall. Their actions, where perhaps they envisioned riches for them and the class members, were based upon a theory too clever by one-half. From my vantage, the court decisions come out right on the law, and justice was served by the dismissal of, so far, 7 of the 11 actions.

Another item of note arising from these cases is that the time for lawsuits against the thousands of companies that were involved in ICOs is closing, or has already closed, because of the SOL. Even federal claims of securities fraud are subject to a two-year SOL. Given that most ICOs had ended by 2018, those companies are safe from class actions.

At this point, the only viable remaining lawsuits, apart from those based exclusively upon state law causes of action, are U.S. federal securities claims commenced by the SEC or Department of Justice. But even those have, effectively, a five-year SOL from the last purported wrongful activities of the defendants, as there is no scienter requirement for a violation to occur. This is the teaching of the Supreme Court decision in Kokesh v. SEC (2017). Thus, the government will need to commence any actions by sometime in 2022. After that, the fear of ICO enforcement and liability will be in the rear-view mirror for the blockchain industry.

Marc Powers is currently an adjunct professor at Florida International University College of Law, where he is teaching “Blockchain, Crypto and Regulatory Considerations” and “Fintech Law.” He recently retired from practicing at an Am Law 100 law firm, where he built both its national securities litigation and regulatory enforcement practice team and its hedge fund industry practice. Marc started his legal career in the SEC’s Enforcement Division. During his 40 years in law, he was involved in representations including the Bernie Madoff Ponzi scheme, a recent presidential pardon and the Martha Stewart insider trading trial.

The opinions expressed are the author’s alone and do not necessarily reflect the views of Cointelegraph nor Florida International University College of Law or its affiliates. This article is for general information purposes and is not intended to be and should not be taken as legal advice.