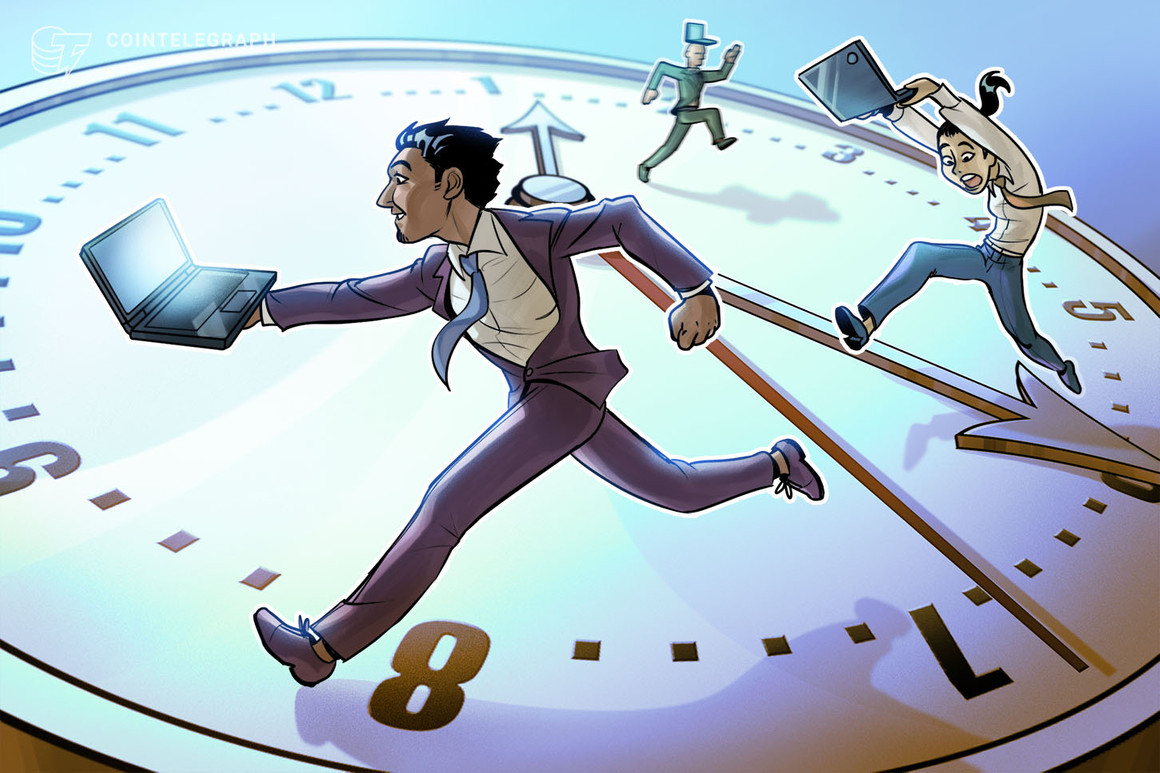 When exchange listing news hits the crypto market, there’s often a spike in trading volume and a rapid (if often short-lived) appreciation in the price of the crypto asset. The degree of movement depends on the exchange making the announcement, the liquidity of the token and many other factors — but as has been identified on multiple occasions, a Coinbase or Binance listing often moves markets.

Of course, the market participants who react fastest to this kind of news usually secure the best opportunity for delta.

So where does the savvy crypto investor spend their time in order to beat the market? Constantly refreshing the Coinbase blog? Bugging CZ’s non-existent office? Sifting through thousands of accounts on Twitter? (Good luck with that.)

As always, when there’s the potential for profit, human ingenuity finds a way — in this case, the NewsQuake™ service from Cointelegraph Markets Pro, which delivers news with market-moving potential to members in seconds… and often long before the masses get wind of major developments.

At the heart of the magic is a machine-learning algorithm that continuously monitors thousands of crypto blogs, Twitter accounts, and industry publications. It automatically selects exchange listings, partnerships, and staking announcements that have historically moved coin prices the most, and sends alerts directly to members.

It’s the exact same tech that powers Cointelegraph news (and our major competitors) — but delivered in seconds, without the intervening need for writing a story.

Three announcements this month have demonstrated that if traders aren’t fast, they’ll probably be furious.

Building an interoperability bridge with Cardano is obviously a big deal for the less famed Nervos Network and its utility token, CKB.

While most people learn of such collaborations from Twitter, blockchain projects often break the news in their blogs first. The NewsQuakes™ algorithm has you covered here, keeping an eye on every crypto project’s blog worth following.

On June 2, when the Nervos-Cardano partnership was announced on the company’s blog, it took Markets Pro less than 40 seconds to hit its subscribers with an alert, marked with a red circle in the chart. At that moment, CKB price was at $0.015 (first red box).

Apparently, very few crypto traders noticed it: In the next two hours, the price hadn’t moved much.

Interestingly, the tweet about the announcement took two hours to arrive, after which the price finally began picking up. In less than 30 hours, it reached $0.024 — a 37% increase.

Those who received the initial NewsQuake™ alert from Markets Pro on their phone had a benefit of two extra hours — time they could use to weigh their investment decision and leisurely fill their bags with the coin that was just about to explode.

The launch of Cardano staking on OKEx

There was also quite a gap between the May 24 blog announcement of the upcoming launch of ADA staking on OKEx and the platform’s tweet the next day informing users that the service was now active: 22 hours.

It took the NewsQuakes™ system less than a minute to identify the original blog post as potentially influential and send out an alert (first red circle, price $1.47).

A lot of folks seemed to catch up, as ADA’s price began climbing steadily from there to reach $1.57 by the time the tweet got posted (second red circle).

This 6.5% return within 22 hours could be considered a prize for those who went with the initial NewsQuake™.

When the tweet appeared, the fading momentum got a further boost as the Twitter crowd rushed into action. The peak of $1.77 was achieved a day and a half later (red box in the chart), meaning that overall Markets Pro users could have generated a 17% profit from the event with an entry point timed shortly after receiving their initial alert.

In the case of the SOL listing on Bitfinex that was unveiled on May 31, the time between the exchange’s blog post carrying the news and a subsequent tweet was 42 minutes. With the NewsQuake™ delivery time of under a minute, it makes for roughly 41 minutes for Markets Pro users to thoroughly deliberate and set up their buy orders before word reached the trader masses.

As the graph shows, Solana’s price did not spike sharply thereafter, but rather adopted a smoother trajectory that saw it rise from around $31 at the time of the NewsQuakes™ to almost $38 within three days — a 19% increase in value.

Markets are information systems, and the value of any asset is a function of information exchange between market participants. This is especially true for the cryptocurrency space, as the valuation of digital assets is tremendously sensitive to news-driven swings of trader sentiment.

Those who are lucky enough to beat the crowd in getting an actionable scoop even by a few minutes can leverage their knowledge to generate profits.

3 reasons why Ethereum price might not hit $5,000 anytime soon
IMF intends to ‘ramp up’ digital currency monitoring
ETH’s trading volume grew much faster than BTC’s in first half of 2021
Is Bitcoin a religion? If not, it soon could be
Altcoins pump while traders anticipate a lower support test from Bitcoin