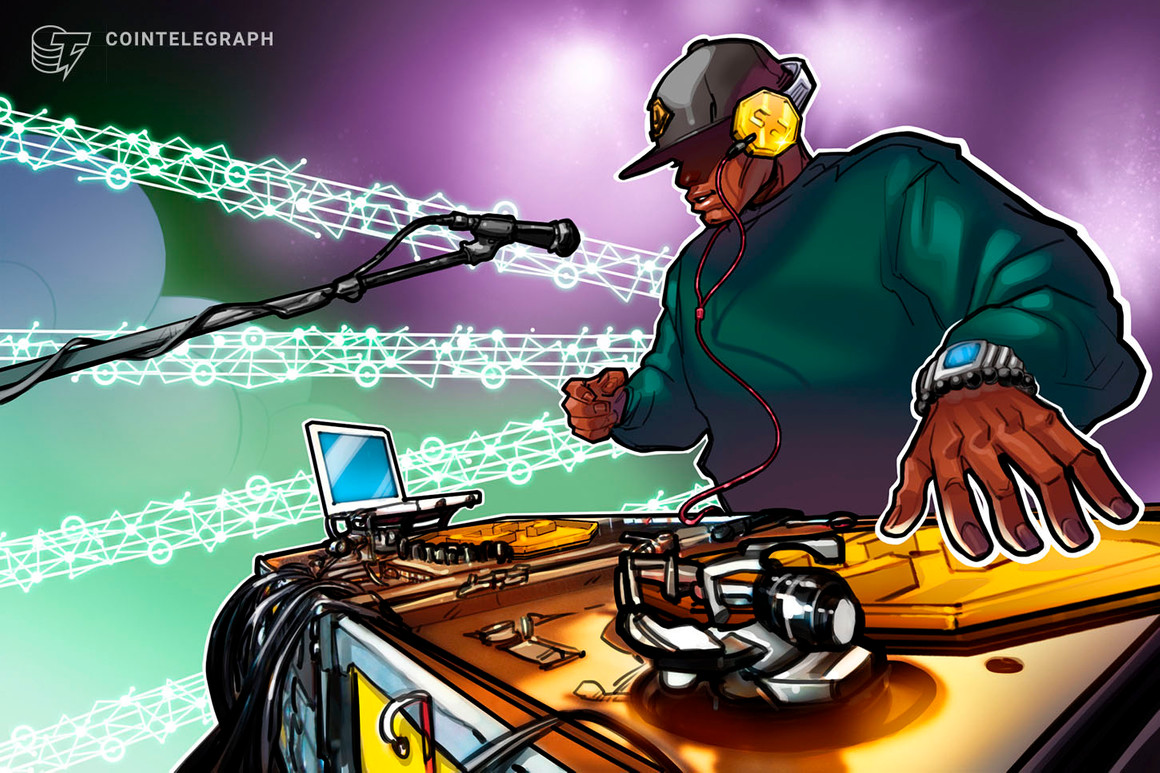 While the cryptocurrency industry is mostly centered around technology and data, the people who inhabit our sector are not without their creativity. This is seen not only in the various solutions and inventions they create, but also in their artistic (and often humorous) works.

Over the years, folks of the crypto space have crafted songs based on distributed technology, as well as its jokes and humor. Some of these songs are parodies of mainstream hits, substituted with crypto lyrics, while others are originals that are unique to the digital asset industry.

Here are several crypto-centric songs that are worth a listen.

A classic in the crypto space, “Bitcoin pls go to moon” came after Bitcoin (BTC) had dropped significantly in price following its 2017 bull run. The YouTube channel 1thousandx posted this lyrical work on Nov. 6, 2018. The song urges Bitcoin to rise in price and “stop going sideways now.” At the time of the song, Bitcoin traded more than $10,000 lower than its then-all-time price high near $20,000, and had been consolidating in that range for a notable period of time, according to TradingView data. The song included sentiments from crypto industry personalities Michael Novogratz and Tone Vays.

A song posted by YouTube channel Renegade Investor, “Banksters Paradise (A Bitcoin Song)” is a parody of “Gangsta’s Paradise” by Coolio. The parody details the world as a playground for banksters amid an atmosphere of money printing and inflation, pointing toward Bitcoin as a solution.

Queen’s song “Bohemian Rhapsody” is one of the world’s more popular lyrical works. A YouTube channel known as Crypto Karaoke made a crypto-centered parody of the tune. “Bull markets come, bull markets go, HODL high, HODL low,” the song’s lyrics include — differing from the line from the original song: “Easy come, easy go, little high, little low.” The revamped line pays tribute to HODL, a popular term in the crypto space. Although the term has no set definition, it is usually used to mean holding on to assets regardless of market fluctuations.

YouTuber Lil Bubble has carved out a niche for himself in doing crypto song parodies. The creator has made numerous song parodies based on the crypto industry. The music videos often include a person dancing in a space suit — a reference to the common industry imagery of assets going “to the moon.”

The YouTuber’s most popular song in terms of views on the social media platform is his rendition of “Old Town Road” by Lil Nas X. The parody comedically touches on the struggles of investing and holding assets in the crypto space through the low periods.

Musical artist Chris Record has put out a lot of different content on his YouTube channel, Chris Record TV, including some musical works. Although not directly focused on crypto, the channel has posted a few musical crypto creations. One such video turns Lil Pump’s song “Gucci Gang” into a Bitcoin rap remix titled “HODL GANG.” Published in December 2017, near the height of the previous crypto bull market, the song talks about various aspects of crypto investing, crypto’s history, and so forth.

Now defunct, Bitconnect was a crypto scam prevalent during the 2017 crypto bull run. Bitconnect ran an event at which Carlos Matos, one of the project’s investors, gave a speech that started off with exuberant singing, yelling, and generally hilarious showmanship. The speech subsequently became meme-worthy content. Through his YouTube channel, musical artist Dylan Locke made an electronic dance music, or EDM, song based on Matos’ speech.

These are just a few examples of the industry’s creative musical and comedic talent. As crypto continues to gain mainstream attention, we can only hope that dulcet tones continue to proliferate for years to come.