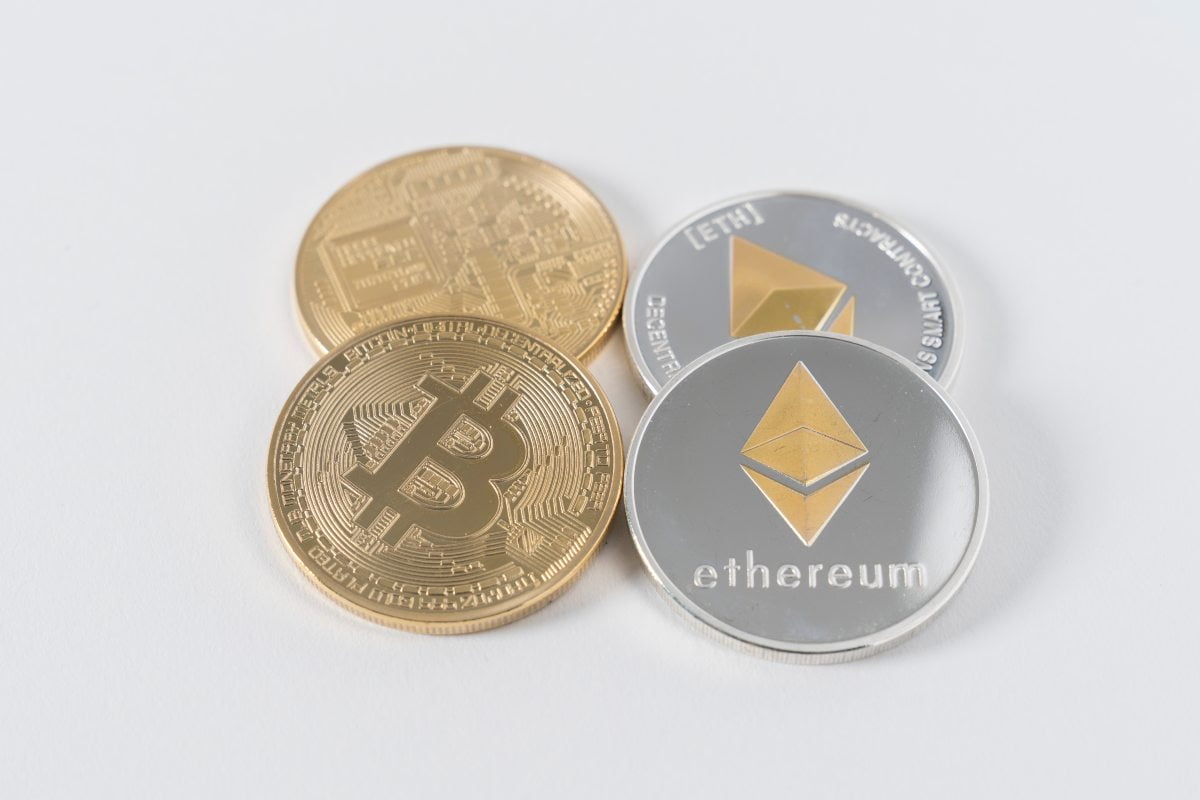 The second most valuable digital asset in the crypto-verse, Ethereum (ETH), is once again attempting to break away from the influence of Bitcoin. According to data from Skew, Ethereum’s one-month correlation has fallen to 68% and could be a sign of further gains for ETH in the crypto markets. This information was shared by the team at Unfolded through the following tweet and accompanying chart.

Another attempt of Ethereum to break out from Bitcoin, with its 1-month correlation falling to 68%. pic.twitter.com/F8JvIXmnmY

Earlier today, Ethereum set a new all-time high of $2,716 – Binance rate. At the time of writing, Ethereum is trading at $2,600 in what appears to be a brief correction for ETH as seen through the 6-hour ETH/USDT chart below. 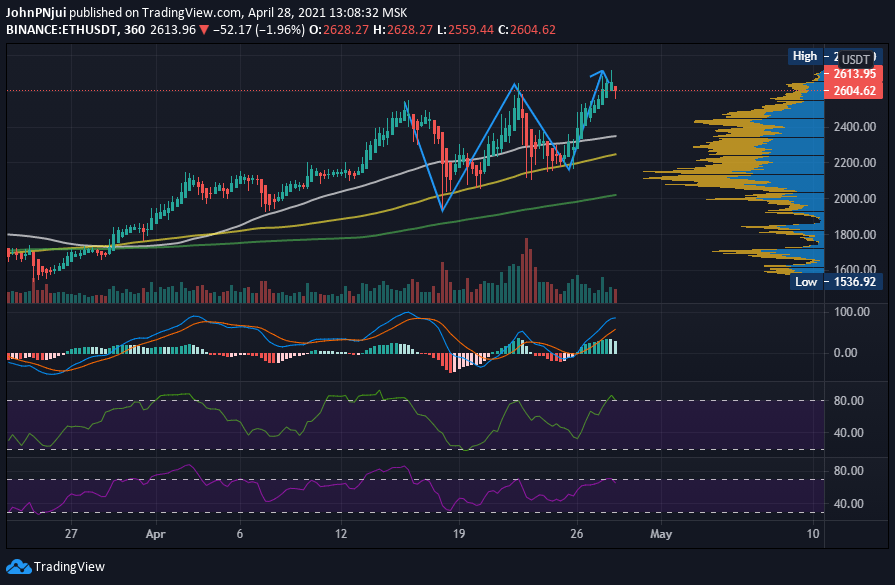 Indicators on the 6-hour ETH/USDT also confirm an ongoing correction for Etheruem.

To begin with, the 6-hour MACD is showing weakness as it is destined for a bearish cross above the baseline in the hours to follow. Furthermore, the MACD histograms confirm reducing buying activity. Trade volume has also turned red with the 6-hour RSI and MFI firmly in overbought territory.

Also in the chart, is a double bottom pattern that had been identified by the team at Crypterium Analytics who further pointed out the significance of $2,500 for Ethereum as outlined below.

…a “double bottom” pattern has formed on the chart, which is a harbinger of further growth. The price was able to break through the important level of $ 2,500, fixed above it on the daily timeframe, and is already trying to break through the upper border of the channel.

$3k Possible for Ethereum in the Month of May

Ethereum’s ongoing correction seems to be in line with the expiration of ETH options and futures this Friday, April 30th. Once this hurdle is cleared, Ethereum has a chance at pushing towards the $3k ceiling due to the trader and investor optimism present at the beginning of each month.

ETH’s potential of hitting $3k was also explored by the team at Crypterium analytics through the following statement.

If the chart is able to break through the $2,722 mark and consolidate above it, then the price can very quickly rise to $3,000. We think this is where the next major resistance is located.

Self-custody is key during extreme market conditions: Here’s what experts say
Circle’s CEO Quells USDC Fears, States the Company Is Financially Strong
Analysts identify 3 critical flaws that brought DeFi down
Ethereum average gas fee falls down to $1.57, the lowest since 2020
EU agrees on MiCA regulation to crack down on crypto and stablecoins