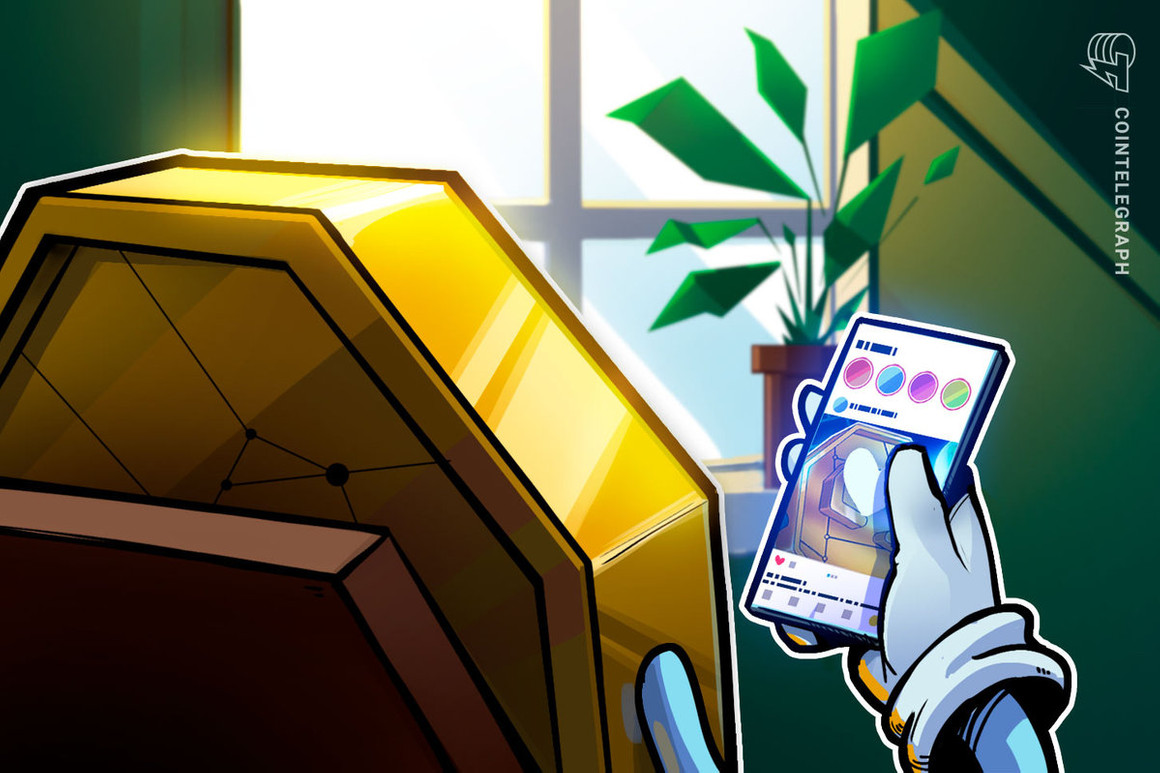 Another rainy Sunday night. You’re browsing on Facebook and Twitter — inundated with photos of your friend’s new baby, jokes that have been copied from poor hard-working comedians, and memes that certainly were funny… when you first saw them four years ago.

Undeterred, you keep scrolling. There’s a tweet that proclaims a hot new cryptocurrency is going to surge to $1 million, and another claiming the self-same altcoin is destined to plunge to zero. You then see links about the latest developments in the DeFi and NFTs space, and your eyes light up. Finally — content you’re interested in!

Existing social networks may allow you to engage in heated discussions about the latest trends in the world of crypto, but this isn’t the same as being able to experience them in a tangible way. Ever-growing concerns about censorship and privacy could soon pave the way for the next generation of platforms where we can join a like-minded, passionate community of individuals — just like MySpace and Bebo made way for Facebook and Instagram. And as the dawn of Web 3.0 beckons, there’s a strong chance that the next big social network will embrace decentralization, tokenization, blockchain and digital identities.

We’ve already seen early attempts that have been designed to blend cryptocurrencies and social media together. Reddit dipped its toe in the water when it tokenized Community Points across two popular subreddits — and some industrious users claim they have managed to sell those tokens to pay off rent. Back in January, the platform announced that it was deepening its ties with the Ethereum Foundation too, with a view of “bringing the value and independence of blockchain technology to millions of redditors.”

Despite Twitter’s CEO Jack Dorsey being an avid fan of Bitcoin, there seems to be little chance that the micro-blogging site will introduce crypto-friendly features anytime soon. And even though Facebook caused a big splash when it announced plans to launch a stablecoin called Libra, its project has been bogged down by a backlash from central banks and regulators. A swift rebrand to Diem doesn’t appear to have helped matters, and now, there are doubts as to whether this project will ever launch at all.

You could argue that the best way to deliver a truly crypto-powered social network is to build one from the ground up, instead of leaving it to the incumbents. Passionate developers who live and breathe this space may have a better chance of delivering a cutting-edge platform that crypto enthusiasts and newcomers want to use — a place where people don’t just read about DeFi and NFTs but experience them through sophisticated features.

But here’s the question: Are the crypto-powered social networks that currently exist suffering from a bout of misdirection? Do these platforms focus too much on censorship resistance, freedom of speech and privacy as their main selling points — attributes that should come as standard with any blockchain project? What are the drawbacks that stop people from signing up to one of these niche platforms, and how can new users be attracted?

To understand how a crypto social network can carve out an all-important niche for itself, it’s important to look at the platforms that dominate the space — and the value they bring. Facebook is popular because it allows people to connect with long-lost friends. Twitter is valued for its immediacy, and succinct 280-character posts people can snack on. Instagram is the home of beautiful photography, while TikTok’s domain is delivering short, viral videos that young users love to watch.

At present, crypto users aren’t tempted to use a platform that’s been built specifically for them. Crypto Twitter delivers the insights into digital assets that people crave, and we’ve already seen how TikTok ended up serving as an unlikely tool for promoting Dogecoin. What’s the point in moving to a new space with a smaller number of users if the content is going to be exactly the same?

Sure, many of us have tried giving crypto social networks a go, only to be put off by a lousy user interface and weak gamification. First impressions are so important — and in many cases, users quickly discover that there’s very little reason for them to visit a second time. Specially created social media tokens can also serve as a big draw for attracting visitors. But time and again, we’ve seen the value of these altcoins plunge as soon as they hit the market because they lack utility, alienating the self-same community that the token was meant to serve.

For a crypto social network to achieve widespread use and success, it needs to have something it specializes in — just like Facebook, Twitter, TikTok and Instagram. And here’s the thing, this fast-moving industry has several things that can’t be found anywhere else on the planet, including DeFi and NFTs. Now, one project is building a platform that adds real economic value by adopting these innovations at the center of its product.

Torum uses gamification and a modern user interface to allow its community to gain access to DeFi services and nonfungible tokens in a single ecosystem. Developers say this is a clear example of concrete value that stands in stark contrast to many rival projects. As you might expect, its name is a portmanteau of “tokenization” and “forum.”

It is building a DeFi product and NFT marketplace that is infused with social elements. An automated market maker platform is being built that gives liquidity providers a bigger stake based on how active they are on the site. Meanwhile, the NFT marketplace allows crypto artists to list their tokens and share them with a vibrant community — and later this year, programmable NFTs will allow Torum members to change their appearance using a suite of customization options that unlock depending on how frequently they visit the platform.

A badge system, activeness points and a gifting mechanism delivers a smooth, friendly, gamified social media experience that isn’t seen elsewhere. Likes and retweets may be rewarding, but Torum aims to take this to the very next level.

The social media project, which also claims to be the first to be built on Binance Smart Chain, also says that it has over 10 different use cases for its native XTM token — such as boosting content, purchasing gifts, and participating in virtual mining games.

So far, Torum has relied extensively on word-of-mouth marketing, and it has become one of the first few social media projects to receive venture capital funding on the back of impressive metrics. More than 15 private investors participated in the $1.5 million round — including AU21 Capital, Consensus Lab and Redline Capital.

Now comfortably in the top 50,000 websites ranked by Alexa, Torum’s on a mission to succeed where other crypto social networks have failed — and become the ultimate destination for Bitcoin bulls, Ether enthusiasts and avid altcoiners.

Ethereum Classic gains 300% in one week as traders rush to buy the ‘wrong Ethereum’
VORTECS Report: Altseason indicator flips to Bitcoin even as Rally and Polygon surge
Ethereum Classic (ETC) is Trading at a 13% Premium on Coinbase Pro
ETH’s Top 10 Whales Have Doubled their Holdings in the last 8 Months
Biggest one day USDC print in history marks lowest Bitcoin dominance in years