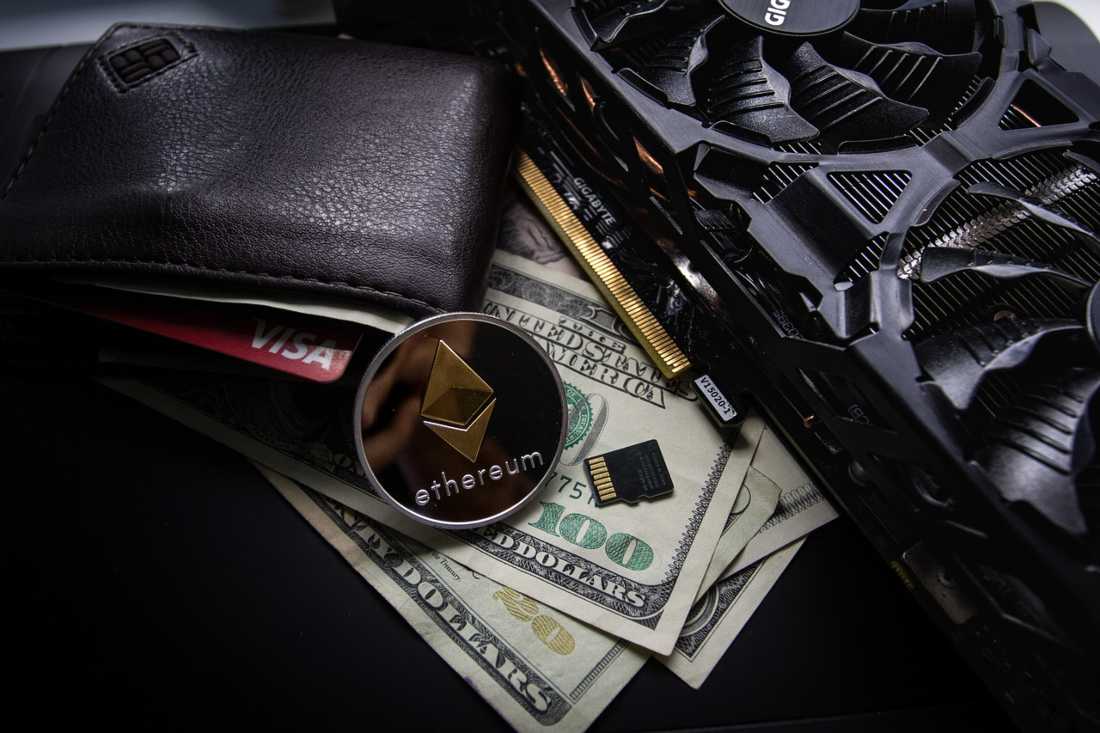 The Ethereum network settled a staggering $1.5 Trillion in transactions in the first quarter of 2021. This milestone was highlighted by Ryan Watkins of Messari Research through the following statement and accompanying chart. 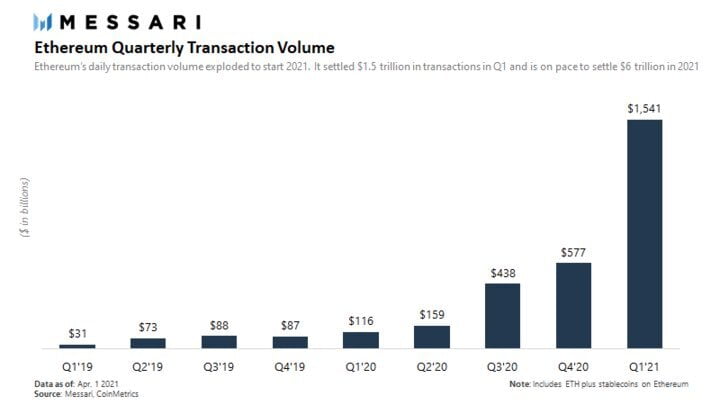 Ethereum on Track to Settle $6 Trillion in 2021

The data from Messari also hints towards the possibility of Ethereum settling $6 Trillion in transactions by the end of this year. This is based on the assumption that Ethereum’s quarterly transactions continue to stay constant at roughly $1.5 million per quarter, and that other smart contract networks such as BSC, do not chip away at Ethereum’s dominance.

However, the encroachment of other blockchain’s into Ethereum’s dominance might take a while given the popularity of its several DeFi platforms and NFT marketplaces. This fact was highlighted by the former CEO of Bitmex, Arther Hayes, who dubbed Ethereum as ‘the most developed, decentralized smart contract network’ in a recent blog post.

An excerpt of his analysis of Ethereum can be found below.

Ethereum is the most developed, decentralised smart contract network. Even though the gas fees are currently astronomical, it is a good problem to have. No other public smart contract-enabled blockchain operates at the scale of Ethereum. When they do, I will refresh this analysis.

Mr. Hayes went on to warn that other smart contract platforms are improving on Ethereum’s weaknesses in a bid to become ‘top dog’ as explained below.

While Ethereum is the best of the lot right now, there are others out there attempting to capitalise on its foibles and become the top dog – including  Polkadot, Solana, Cosmos, Cardano (when Godot arrives and smart contracts are finally available), etc.

US Sen. Elizabeth Warren says crypto will ruin economy —community responds
New York’s mayor seeks balance with regulators after PoW mining moratorium
Data shows traders are slightly bullish even as crypto’s total market cap falls under $800B
FTX stake in US bank raises concerns about banking loopholes
Ethereum bears have the upper hand according to derivatives data, but for how long?