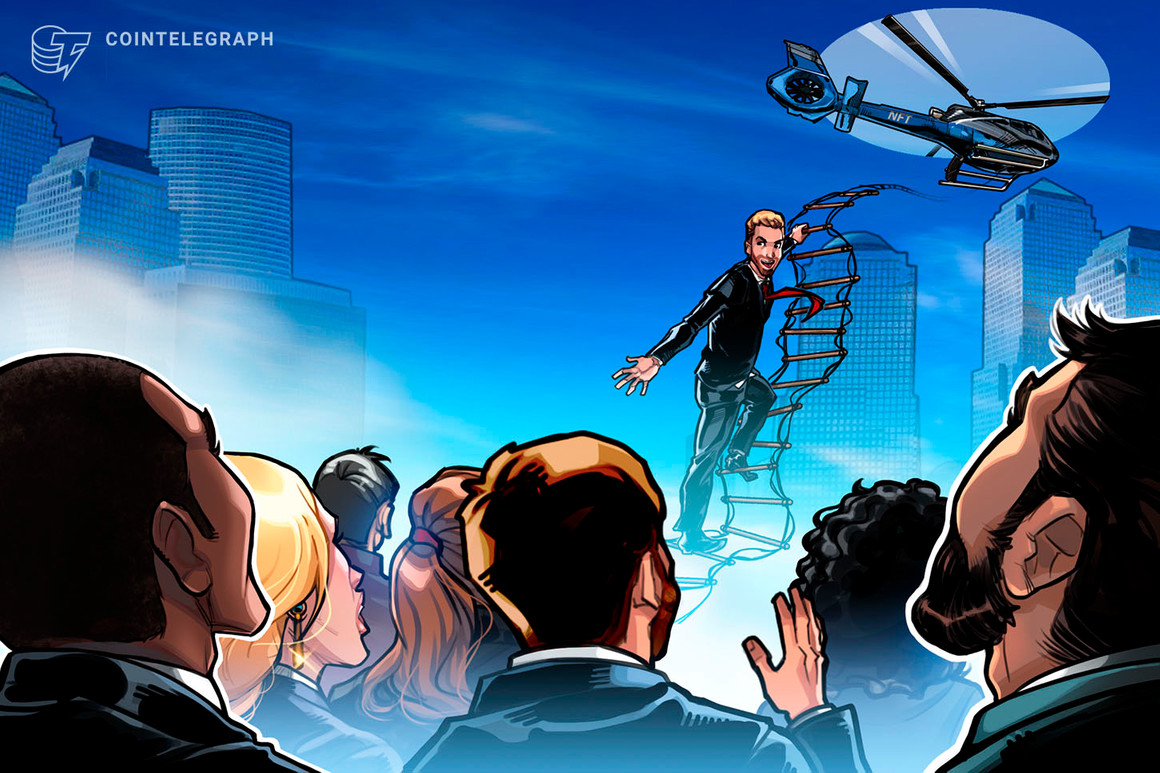 According to data from Messari, the NFT marketplace sales volume grew by 2,882% in February. It dwarfed the increase in monthly sales volume in any given month throughout the past three years. The fast growth of the NFT market follows high-profile auctions of nonfungible tokens led by Sotheby’s and other recognizable brands, such as Time Magazine, which is planning to auction three NFTs in the coming month.

The NFT sector has begun to see explosive growth beginning in early February of 2021. NFT marketplaces, such as Rarible and OpenSea, have started to see an uptick in NFT sales as both traditional VC investors and celebrities entered the NFT market.

The impending catalyst of NFTs

Speaking with Cointelegraph, Simon Dedic, managing partner of Moonrock Capital — one of the largest funds in the Polkadot industry and Web 3.0 ecosystem — said the NFT market is significantly different from where it was in 2018 when CryptoKitties saw explosive popularity.

“NFT technology initially caught our interest a few years ago when CryptoKitties famously clogged the Ethereum network and became a huge topic of conversation within the space. The NFT market has now seen significant growth and interest, and there are obvious differences with this recent surge in popularity.”

NFTs are yet to see proper mainstream adoption and observe awareness from casual investors. However, Dedic noted that the improvements in the user interface, accessibility and user experience will be the components that catalyze the next impulse wave of growth for the NFT sector.

He added that “advancements in UI and accessibility are ushering in a new audience of people who may not have entered crypto before via a traditional means,” adding this is what would lead new capital to enter the NFT market.

Moonrock Capital has recently incubated an NFT project for the first time in its history after years of focusing mostly on investments in the Web 3.0 space, indicating the rise in demand for NFTs.

For instance, Polkamon, a new NFT platform on Polkadot, saw Morningstar Ventures, Ascensive Assets and Divergence Ventures participate in the seed round, funds that typically invest in the Polkadot space and Web 3.0-related DeFi protocols. In recent months, NFT-focused funds have also emerged, indicating serious interest in the NFT market, according to Dedic:

“We are now well-positioned to focus on NFT collectibles with Polkamon, our newest incubation with Morningstar Ventures. People will be able to unpack and collect valuable, high-quality NFTs in a gamified way, restoring the nostalgia from childhood memories and providing valuable use cases for NFTs.”

Investors in traditional venture capital, such as Gary Vaynerchuk, have also started to invest in the NFT market. In a recent interview, Vaynerchuk noted that he believes NFTs would play a key role in monetizing the web.

“NFTs are going to pave the future and become a staple in both the traditional and crypto markets. Once products are licensed and expelled of counterfeits on blockchain, all sorts of NFTs will accelerate the growth of the market, whether it be a piece of artwork, music or even real estate.”

Some of the biggest venture capital investors in the technology sector, such as A16z, have also started to lead major investment rounds in the NFT market. Most recently, A16z led a $23-million round in OpenSea, the biggest NFT marketplace since 2017. In a paper explaining its thesis behind its investment, A16z noted that sales volume for top NFT sources grew to $100 million per week. The firm explained:

“Today there are more than 3 million NFTs for sale, and sales volume on the top sources has grown over 400x year over year to more than $100 million per week. NFTs are breaking out to more mainstream audiences, and represent an entirely new economy based on digital ownership.”

What will be the next trend in the NFT market?

In the medium to long term, there is a high probability that some of the most recognizable global brands will directly enter the NFT market to produce NFTs with their intellectual properties. For instance, Gizmodo reported that DC, the company behind DC Comics, is exploring the sale of original DC art through NFTs.

In the foreseeable future, DC said that it is considering the distribution of original digital art “rendered for DC’s comic book publications.” DC’s comic book brands include the likes of Superman, Batman, Arkham Asylum, The Man of Steel, and The Dark Knight Returns. In the letter, DC emphasized that it is not permitted to sell DC’s NFTs featuring DC’s intellectual property without the company’s permission, which indicates the firm’s serious plans of entering into the market:

“As DC examines the complexities of the NFT marketplace, and we work on a reasonable and fair solution for all parties involved, including fans and collectors, please note that the offering for sale of any digital images featuring DC’s intellectual property with or without NFTs, whether rendered for DC’s publications or rendered outside the scope of one’s contractual engagement with DC, is not permitted.”

If the trend of global brands creating their own NFTs and issuing them through marketplaces and third-party distributors kicks off in a big way, this will set a new trend in the NFT market that could take it to actual mainstream adoption.