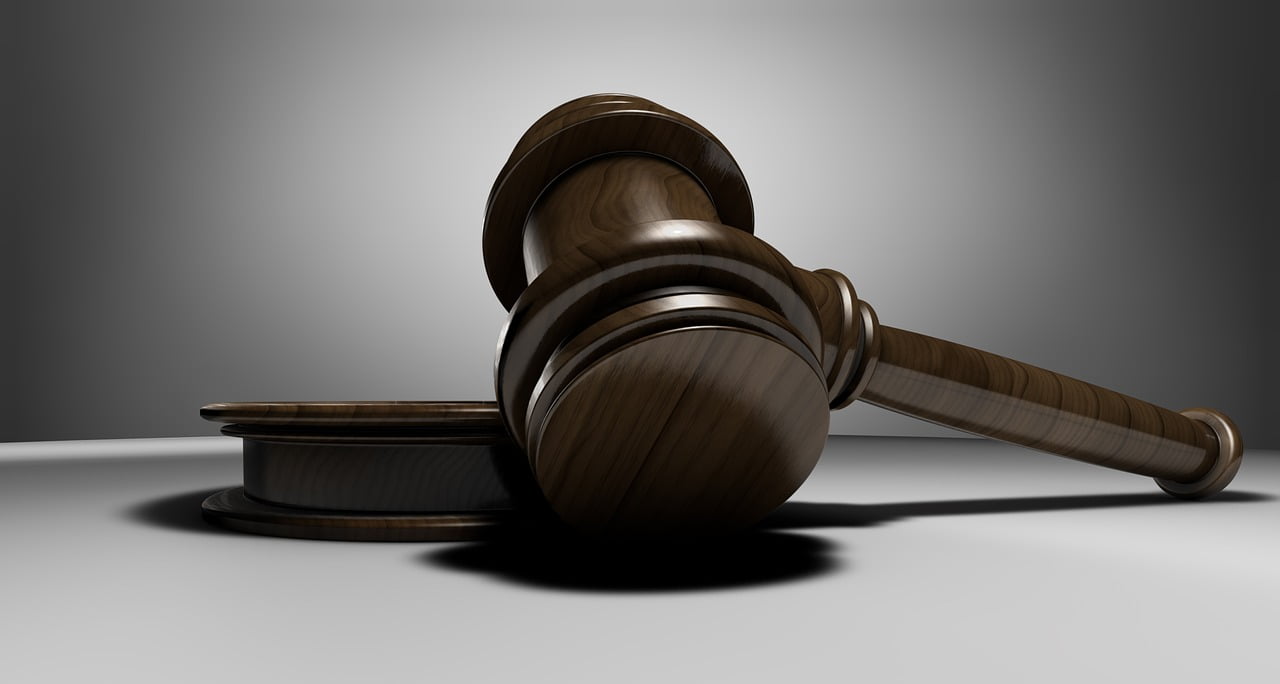 The CEO of Twitter, Jack Dorsey, has announced that he will be ending the Ethereum NFT auction of his first Tweet on the 21st of this month. Mr. Dorsey made the announcement via the following Tweet. He also explained that he will be converting the proceeds to Bitcoin and donating to GiveDirectly.org Africa Response.

Will immediately convert proceeds to #Bitcoin

And send to @GiveDirectly Africa Response

GiveDirectly.org is a charity that allows regular individual donors to send money directly to people living in poverty. The organization believes that people living in situations of hardship, deserve the dignity to choose for themselves how to best improve their lives.

The CEO of Tron, Justin Sun, had initially bid $0.5 million for the NFT of Jack Dorsey’s first Tweet. Mr. Sun would go on to up his bid to $1 million, then $2 million as seen in the following tweet.

I have updated my offer to 2 million USD. https://t.co/i1xLKdTVPR

However, Justin Sun has since been outbid by the CEO of Bridge Oracle, Hakan Estavi who has offered $2.5 million for the NFT of Jack Dorsey’s first tweet. The screenshot below of the ongoing auction further demonstrates this fact. 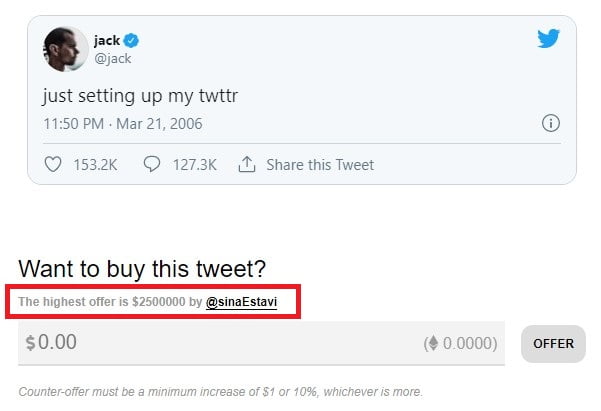 CEO of Bridge Oracles Offers to Increase His Bid

Mr. Estavi has gone on to offer to increase his bid for Jack Dorsey’s NFT since the proceeds will be donated to charity. He shared his idea with Jack Dorsey via the following statement.

I’m really happy with your work and thank you for want spend this money on charity. I’m even willing to make more bids for this auction. Kind Regards,