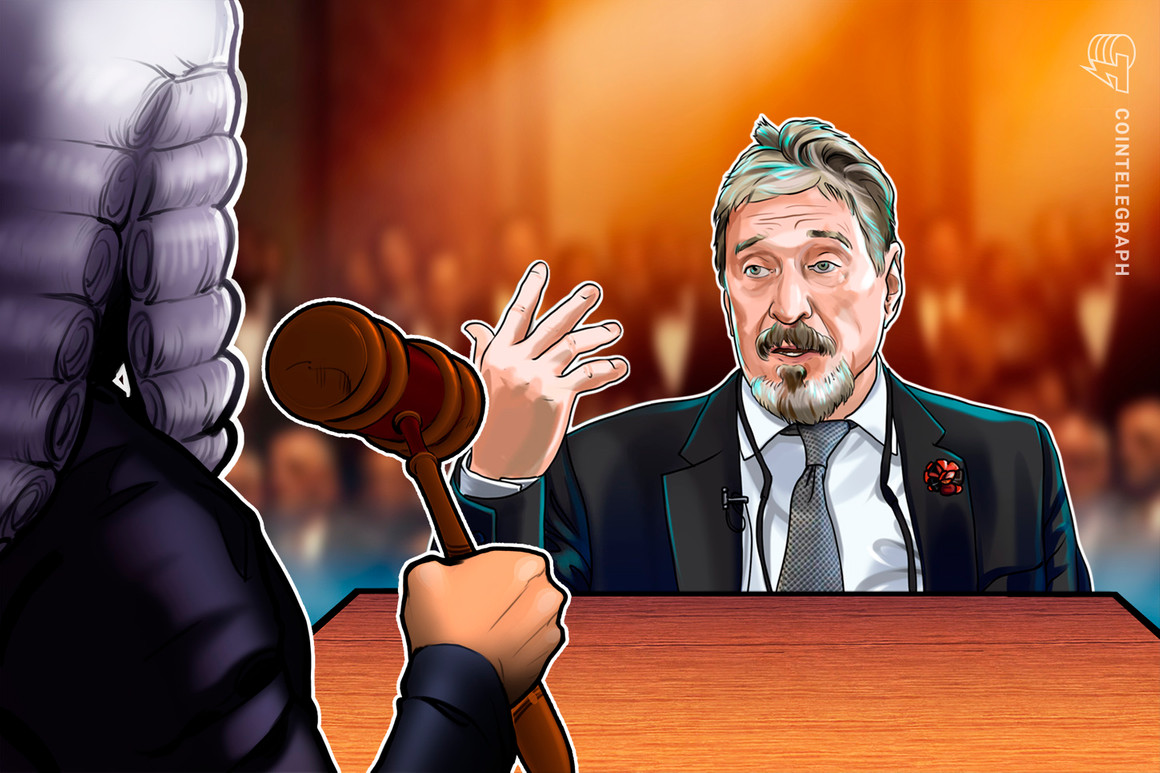 Crypto advocate and internet security pioneer John McAfee faces a number of different criminal charges, based on a new statement from the United States Department of Justice, or DoJ.

Jimmy Watson Jr. is also listed under the offenses for his role on the “McAfee Team,” which operated in the digital asset industry. Authorities took Watson into custody in Texas on Thursday, the statement said.

Prior to today’s news, McAfee already faced charges from U.S. governing bodies for tax evasion and initial coin offerings, or ICOs, which he allegedly advertised for compensation without properly informing the public. After going on the run from the U.S. government in 2019, McAfee was arrested in Spain in October 2020.

McAfee remains imprisoned as of the DoJ’s statement. “MCAFEE is currently detained in Spain on separate criminal charges filed by the United States Department of Justice’s Tax Division,” the DoJ said on Friday.

“As alleged, McAfee and Watson exploited a widely used social media platform and enthusiasm among investors in the emerging cryptocurrency market to make millions through lies and deception,” Audrey Strauss, a Southern District of New York attorney, said in the DoJ statement, adding:

“The defendants allegedly used McAfee’s Twitter account to publish messages to hundreds of thousands of his Twitter followers touting various cryptocurrencies through false and misleading statements to conceal their true, self-interested motives. McAfee, Watson, and other members of McAfee’s cryptocurrency team allegedly raked in more than $13 million from investors they victimized with their fraudulent schemes.”

William Sweeney Jr., an assistant director for the Federal Bureau of Investigation, or FBI, referred to some of McAfee’s and Watson’s alleged efforts as “pump-and-dump” tactics. He also mentioned alleged paid ICO promotion, of which the pair did not provide public notice.