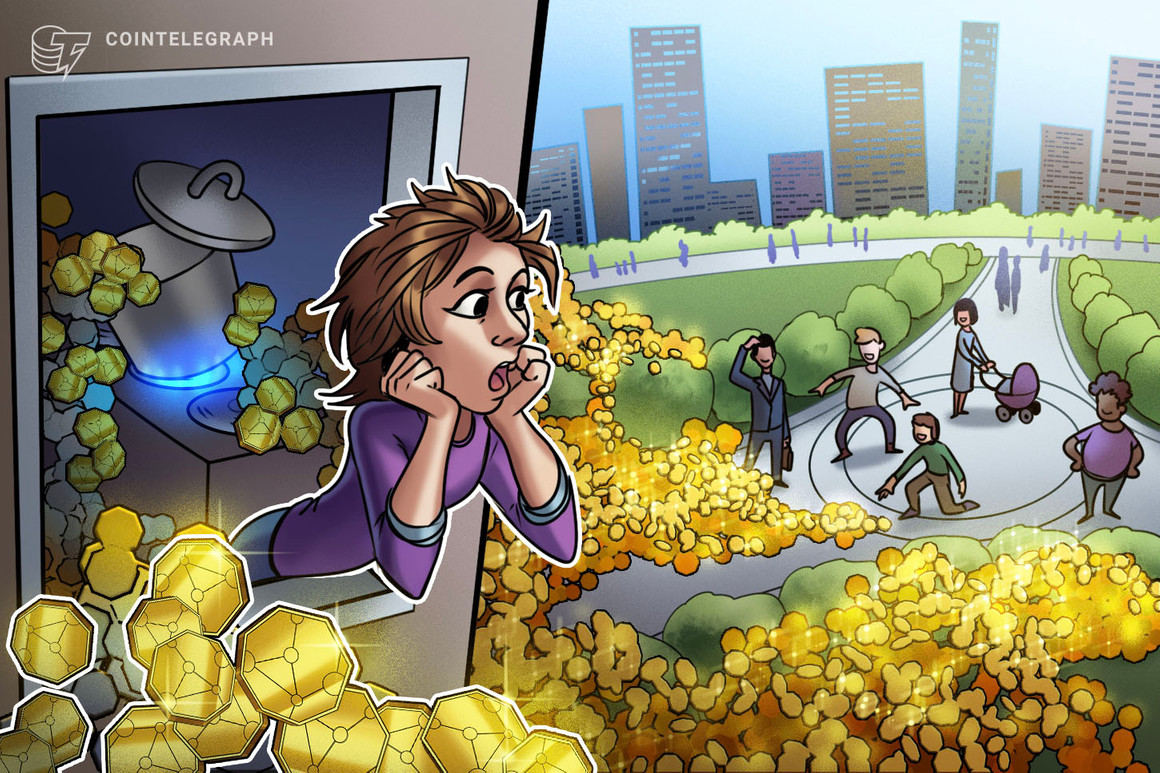 Long gone are cryptocurrency’s days as an obscure hub for experimental ventures in cryptography. 2020 marked a seminal year for the space, with cryptocurrencies taking major strides into the mainstream as governments, supranational organizations and corporate entities alike made significant entrances into an industry they collectively call the “digital asset space.”

As per centralized authorities’ choice, cryptography and its primary feature, privacy, have been relegated from the front-and-center role they once played as cryptocurrency’s main attractions. In their place, a breadth of ever-more enticing DeFi applications has taken the limelight on the back of enhanced liquidity, yield farming and unprecedented economic models.

DeFi is a game-changer

In 2021’s opening act, the trendlines have only advanced further. The DeFi umbrella has expanded convincingly over the landscape of cryptocurrency, attracting investors and enthusiasts whose preferences speak for themselves: DeFi’s double-digit APRs and seamless user experience are simply more enticing than the subtle, systemic benefits conferred by a privacy-centric exchange.

And who can blame the users — for as long as the benefits of DeFi remain at odds with the prerogative of personal privacy, the former will continue to grow at the expense of the latter. It is no longer a broad lack of awareness that holds back public interest in privacy but a current of ever-expanding trade-offs that individuals must forfeit in order to retain it. For privacy to become an intrinsic characteristic of our future systems of exchange, it must be released from its burden of mutual exclusivity; only then can it take the form of a universally adaptable feature — a virtually costless accessory of sorts.

Such is the imperative that has triggered the organic emergence of blockchain technology’s newest sector — one that stands to disrupt a nascent crypto industry already renowned for its disruptive potential. Arriving under the label “PriFi,” the up-and-coming private finance campaign brings privacy back on-stage by bringing it back on-chain — that is, into the Ethereum and Polkadot ecosystems — to integrate privacy into a robust network of rapidly evolving applications of decentralized finance.

Until now, privacy solutions have remained siloed on standalone, privacy-oriented blockchains, isolated from the ever-expanding features of the DeFi landscape. Thus, the private finance movement aspires not so much to avail users access to privacy in and of itself but to do without tradeoffs, borders and restrictions — and its calling could not come at a more critical moment.

GameStop is the catalyst

Since cryptocurrency’s historic formation in the wake of the 2008 financial crisis, nothing has more resolutely united the world’s retail investors than the late-January market antics dubbed by NBC as “GameStop mania.” When a number of high-profile hedge funds got caught over-leveraged in short positions, retail investors congregated en masse in an online Reddit community called r/Wallstreetbets in order to bid up prices of the assets underlying the funds’ short positions — most notable among them shares of GameStop and AMC stock.

Related: r/Wallstreetbets vs. Wall Street: A prelude to DeFi bursting onto the scene?

After a succession of short squeezes in which the leverage-heavy funds were forced to pay out billions to cover their short positions, centralized companies, such as Robinhood, Charles Schwab, TD Ameritrade and others, restricted trading activity on the exponentially appreciating stocks, thereby protecting the remaining capital of the exposed funds. Shocked, outraged and effectively left out to dry, retailers could only speculate as to the backdoor briefings and deal-making that preceded the coordinated authoritarian market controls.

But like with all manias, financial and otherwise, loss and grievance provide opportunities to learn and adapt. For retailers in 2021, that has meant awakening to a pair of sobering realizations: that centralized markets only remain free as long as they serve centralized powers and that surveillance is a primary supporting feature employed by such power structures.

Related: Going feeless is the only way to enable blockchain adoption

In light of the trading restrictions placed on GameStop and AMC, among others, a fresh wave of rallying retail investors is now turning to the crypto space to make its next move. But this time, it is not for crypto’s native digital assets but for a new line of emergent derivatives: fully private, on-chain synthetic assets whose values are securely pegged to traditional financial instruments — stocks, commodities, bonds, insurance products and more.

Acala Network to resume operations after burning 2.7B in aUSD stablecoin
Pentagon contracts with Inca Digital for a security-focused digital asset mapping tool
Wintermute suffers $160M attack, Kraken CEO departs and US bill aims to ban algo stablecoins: Hodler’s Digest, Sept. 18-24
Is post-Merge Ethereum PoS a threat to Bitcoin’s dominance?
7 Ethereum developers would like to sell you on the Merge