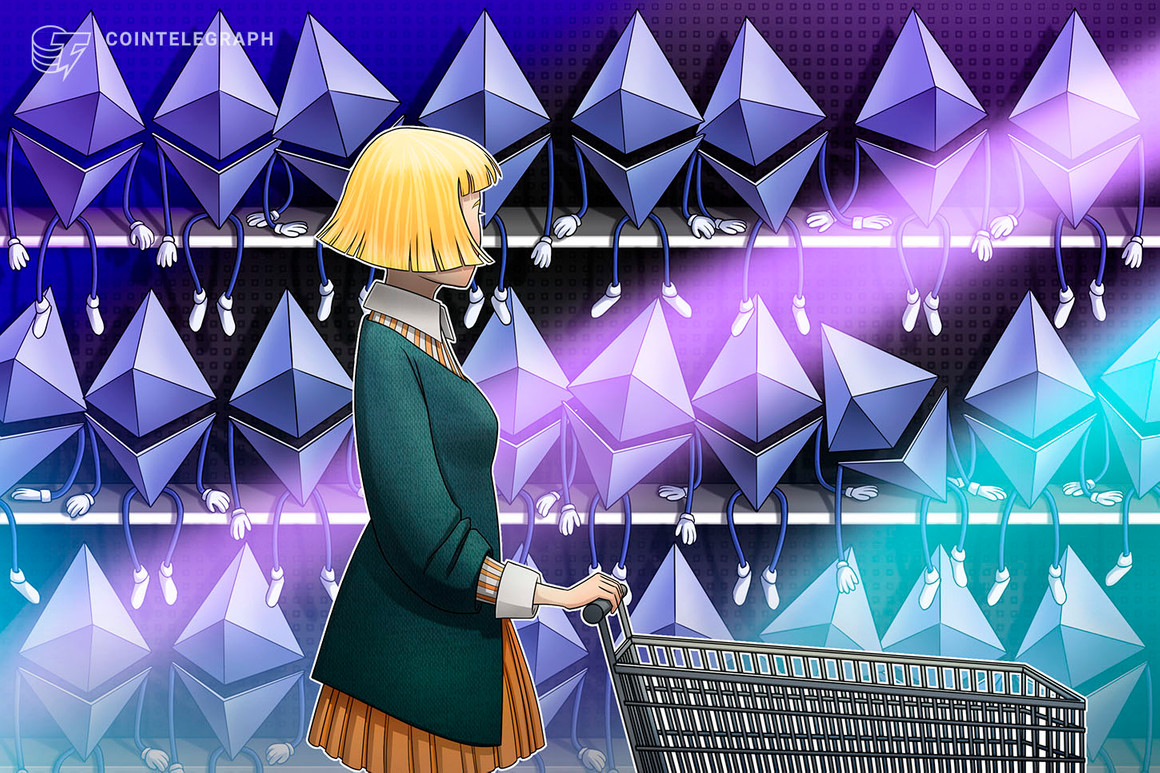 Crypto asset manager CoinShares has reported that investment inflows into institutional cryptocurrency funds surged last week, and the majority of it was Ethereum.

The report states that of the $245 million crypto inflow last week, 80% of it or $195 million was invested into Ether products ahead of the launch of the Chicago Mercantile Exchange Ethereum futures contracts on Feb. 8.

Comparatively, Bitcoin had $41.9 million of the weekly flows, with a year-to-date total of $2.02 billion. The report suggested that investor diversification was starting to occur, adding that there was little evidence of taking profits with investors preferring to buy and hold.

“We believe investors are looking to diversify and are growing increasingly comfortable with Ethereum fundamentals. Bitcoin had its lowest inflows (US$42m) since the all-time highs were achieved in the week ending 8th January 2021.”

Total inflows into digital asset investment products for 2021 so far now totals $2.6 billion — equating to 39% of the $6.7 billion in institutional capital that was invested in crypto funds during 2020 in just six weeks.

Grayscale remains the largest institutional crypto asset fund with a record $33.4 billion in assets under management (AUM) as of Feb. 8.

02/08/21 UPDATE: Net Assets Under Management, Holdings per Share, and Market Price per Share for our Investment Products.

Grayscale’s Ethereum Trust has been growing in terms of the total share of the AUM figure and has now reached over $5 billion which equates to over 15%. The Bitcoin Trust still contains the lion’s share of all investments, however, with 82% of the total.

CoinShares reports that 21Shares is the second-largest institutional fund by weekly inflows with almost $21 million, followed by WisdomTree with $11.5 million.

However, Ethereum rallied after contracts launched, posting a new all-time high of $1,780 on Feb. 9. ETH last changed hands for $1,750 at the time of writing.