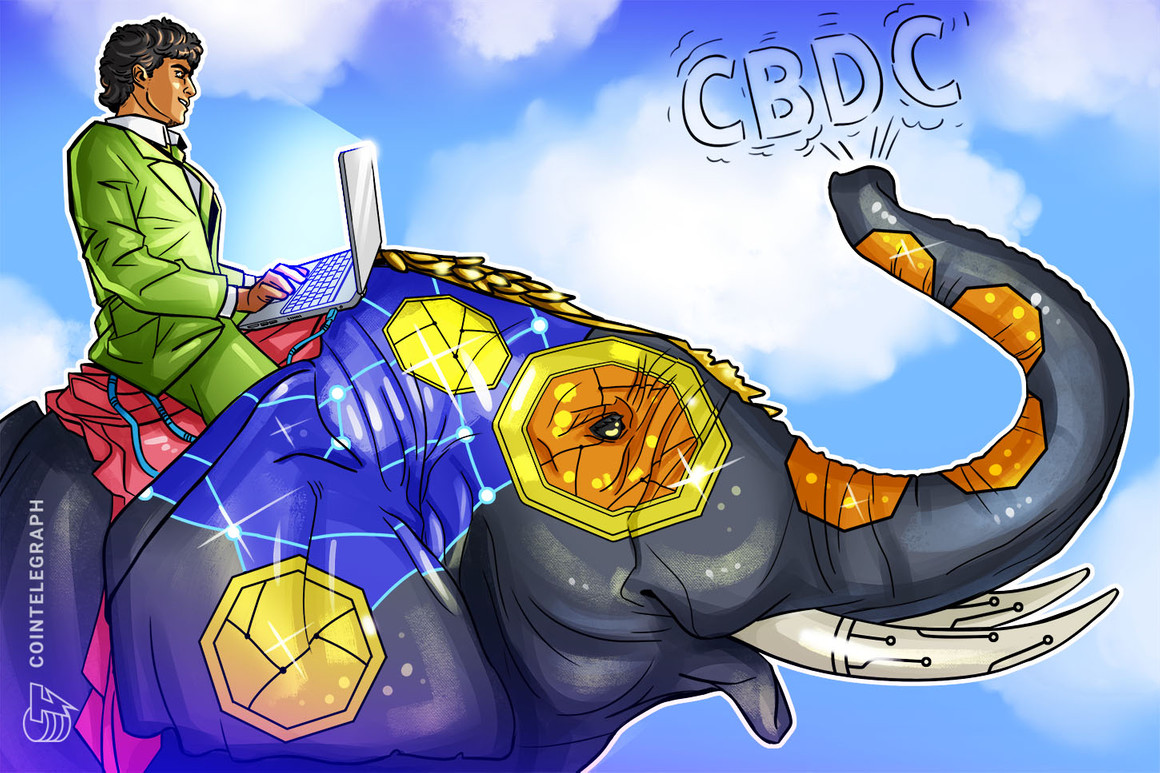 The Indian Crypto community has been involved in discussions with the government about how it should perceive cryptocurrencies and blockchain technology before finding ways to regulate the industry ever since the government placed a now-defunct blanket ban on banks servicing crypto firms in April 2018.

In the latest update, on Jan. 29, the government revealed its plans to introduce The Cryptocurrency and Regulation of Official Digital Currency Bill, 2021 to the lower house of the parliament (The Lok Sabha) in the upcoming session.

As mentioned in the Lok Sabha’s release, the bill would have a two-fold agenda. The first is “to create a facilitative framework for creation of the official digital currency to be issued by the Reserve Bank of India” and the second one being to “prohibit all private cryptocurrencies in India” while also stating that it would allow for certain exceptions to promote blockchain, which is the underlying technology behind crypto.

As the budget was going to be announced just two days later, on Feb. 1, the proposed bill listed on the agenda of the parliament sent waves of panic across the Indian crypto industry, as some assumed that the government would announce its intention to ban “private cryptocurrencies” during the budget.

This panic even led to Bitcoin (BTC) trading at a 20% discount to global prices, whereas it usually trades at a premium of up to 10%. However, the community breathed a sigh of relief when the current Minister of Finance and Corporate Affairs, Nirmala Sitharaman, didn’t mention anything on the subject during the budget announcement. This also caused Bitcoin’s price to recover in India after the budget announcement.

Nischal Shetty, CEO and founder of WazirX cryptocurrency exchange, told Cointelegraph: “The fact that it was not mentioned in the budget shows that the government isn’t in a hurry to make a decision.” Shetty also went on to say how the government might proceed with this bill if it is at all presented in this upcoming parliament session:

“If presented, the bill will most likely be referred to a standing committee so that they hold discussions with the crypto industry of India before moving ahead with regulations for this sector. After all, this is a really important bill that involves both finance and technology. I’m confident that the standing committee will first hold discussions with the crypto stakeholders.”

Although, as reported by the news outlet CNBC-TV18, the government could take the “ordinance route” to pass this bill instead of presenting this in parliament and allowing it to go through the usual stages of a bill passing through the houses of Parliament.

The ordinance route means that this bill could be enforced with the approval of President Ram Nath Kovind even when the parliament is out of session. The report also stated that the ordinance could be enforced within a month of being issued. This has set off yet more buzz in the crypto industry, causing fear of the impending ban if it is enforced.

Lately, Twitter discussions in India have been complemented by the hashtag #IndiaWantsCrypto. This hashtag has gained a significant amount of traction within the Indian crypto community as various investors and other crypto personalities have also begun using the same hashtag. Following the announcement of the crypto bill in India, WazirX went on to start an industry-wide initiative in the form of an email petition campaign of the same name, Indiawantscrypto.net. This would allow citizens to write to the members of parliament of their own constituencies to urge them to regulate crypto.

Does India really need a CBDC?

The bill to be discussed in parliament also announced that the RBI would be working on a framework for how India can create an official digital currency that is backed by the RBI similar to its fiat currency, the Indian rupee.

This is mostly driven by the fact that major economies, such as China’s, have already reached a trial phase for their own digital currency, which has been christened the Digital Currency Electronic Payment and is essentially a digital version of the yuan. Neeraj Khandelwal, co-founder of CoinDCX crypto exchange, told Cointelegraph:

“In years to come, we believe that every country will have its own independent digital currency, and countries that adopt the first will have significant advantages. If there are such major advantages of issuance in CBDC, India should also not fall behind and proactively consider and take a step in a similar direction.”

Although the RBI pointed to a CBDC as legal tender in the country similar to the Indian rupee, it has also called it a liability in digital form for the central bank, which is clearly indicative of the skeptical and apprehensive nature of the lower house of parliament toward digital currencies as a whole. This is despite the fact that the Indian government and the RBI have been actively studying blockchain technology and exploring the benefits and risks associated with cryptocurrencies and blockchain.

In fact, the Indian government, along with the Election Commission, is working on trials of blockchain-aided voting to enable voters to cast their votes from outside their home provinces. Currently, Indian voters have to travel back to their constituency to physically cast their votes. There is no option of mailing votes as is the custom in the United States and other countries. Thus, this development is bound to be highly beneficial as a use case of blockchain technology.

However, the need for a CBDC in India currently could be questioned, especially since India already has a highly successful intercountry online payment called Unified Payment Interface, which allows users to instantaneously pay vendors for services and transfer payments to other bank account holders via their smartphones.

This application has been developed by the National Payments Corporation of India and has widespread adoption reaching into rural parts of the country. The success of UPI in addition to the fledgling public banking system and their “ballooning non-performing assets” could just be indicative of the fact that the Indian banking system has bigger fish to fry. On the matter, Shetty stated:

“CBDC will be helpful and solve different problems compared to what existing crypto assets solve. India should definitely have its own CBDC, as it’s a great opportunity for INR to go global. India cannot be sitting on the sidelines while other countries experiment and launch.”

The RBI has also stated in its Payments and Settlements systems booklet that it will first be “exploring the possibility as to whether there is a need for a digital version of fiat currency and in case there is, then how to operationalise it.” Nonetheless, due to the wide nature of the impact of this technological innovation in a country with a population of 1.3 billion people, this will be an interesting space to observe for further development.

What are private cryptocurrencies?

In the brief given in the Lok Sabha’s agenda, the bill states that it “seeks to prohibit all private cryptocurrencies in India.” The usage of the word “private” is highly vague and misinformed, as it doesn’t clearly point to the fate of cryptocurrencies like BTC and Ether (ETH), which are digital currencies that are open-sourced and public in nature, allowing any participants in the blockchain to verify the transactions.

Shetty said that the use of the wording “private cryptocurrency” indicates that “there’s a thought process which says RBI creating its own crypto removes the need for other cryptocurrencies.” In his opinion, it is a misunderstanding that needs to be clarified. Khandelwal also stated: “Given that the Indian government has not clarified what exactly it means by ‘private cryptocurrencies,’ the only option is to wait and watch.”

Irrespective of what the government means by the term “private cryptocurrencies,” it is undeniable that the level of interest from average Indian investors in diversifying their portfolios by investing and trading in cryptocurrencies is on the rise. This is evident in the rise in volumes witnessed on major crypto exchanges.