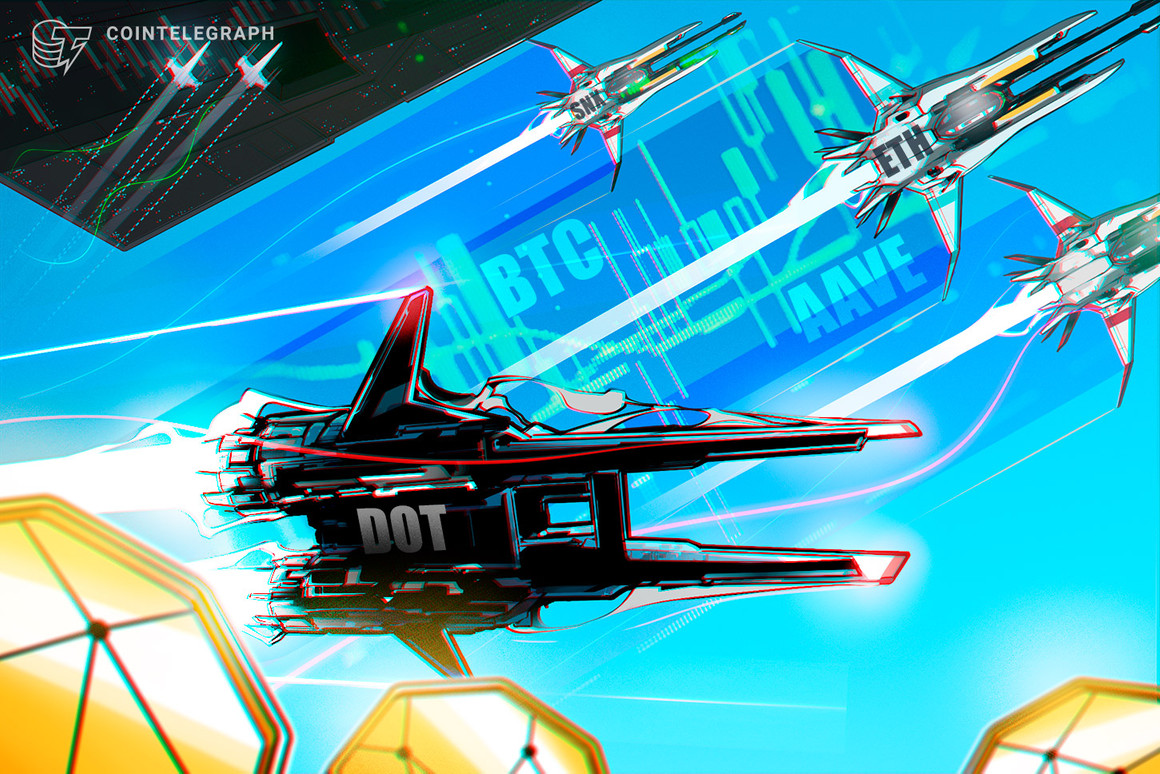 As Bitcoin price trade sideways, traders are keeping an eye out for new purchases from institutional investors in order to gauge whether BTC‘s correction is over.

MicroStrategy’s recent purchase of 314 Bitcoin at an average price of $31,808 is a mild sentiment booster but it may not be enough to arrest the decline if buyers do not step in and sustain their purchases at higher levels.

A recent timezone analysis by QCP Capital divided the Asia and U.S. trading sessions into a 12-hour bracket and found that since March 2020 Bitcoin price had risen during U.S. hours due to sustained buying from institutional investors. However, this buying momentum from the U.S. has shown signs of exhaustion for the first time since Bitcoin topped out about two weeks ago.

While keeping an eye on institutional investor inflow is a good strategy, it’s also important to monitor what is happening on the retail side.  In the past few months, retail investor volume has picked up and this is supporting equity markets across the globe.

Bitcoin may be struggling to reclaim its all-time high but during this time a handful of altcoins have rallied to new highs. This shows that retail traders are currently focusing on altcoins.

Let’s study the charts of the top-5 cryptocurrencies that could trend in the next few days.

Bitcoin’s bounce off the 50-day simple moving average ($28,632) is facing resistance near the 20-day exponential moving average ($33,775). The failure to rise above the 20-day EMA is a negative sign as it shows a possible change in sentiment from buying on dips to selling in each rally.

The 20-day EMA has started to slope down and the relative strength index (RSI) has been trading below the 50 level, suggesting that the bears are trying to make a comeback. The inside day candlestick pattern on Jan. 23 and today shows indecision among the bulls and the bears.

On the contrary, if the bulls thrust the price above the 20-day EMA, the pair may rise to the downtrend line, where they are again likely to face stiff resistance. If the price turns down from this level and breaks below the 20-day EMA, it will suggest the bears are selling on rallies, but if the bulls push the price above the downtrend line, it will indicate the correction may be over.

A close above the downtrend line will increase the possibility of a retest of the all-time high at $41,959.63. A break above this resistance could result in a rally to $50,000.

The downsloping moving averages and the RSI in the negative zone on the 4-hour chart shows the bears have the upper hand. The price action shows a bearish descending triangle formation that will complete on a breakdown and close below $30,450. The pattern target of this setup is $18,940.37.

Contrary to this assumption, if the bulls can propel the price above the moving averages, the pair could rise to the downtrend line. This is a critical resistance to watch out for because a break above it will invalidate the bearish setup. If that happens, it could catch the aggressive bears on the wrong side, resulting in a short squeeze that could drive the price to a new all-time high.

Ether (ETH) has climbed above the $1,300 overhead resistance, and the bulls are attempting to resume the up-move. The upsloping moving averages and the RSI above 61 suggest the bulls are in control.

If the price sustains above $1,300, the ETH/USD pair could retest the all-time high at $1,438.318. A breakout and close above this resistance may start the journey to the target objective at $1,675.

On the other hand, if the price turns down from the overhead resistance, the pair may drop to the 20-day EMA ($1,166). A rebound off this support will increase the possibility of the resumption of the uptrend.

However, if the next drop breaks below the uptrend line, it will indicate a possible change in trend. The next support on the downside is at the 50-day SMA ($882).

The bears are currently attempting to defend the $1,350 overhead resistance. If the price turns down from the current level, it could find support at the moving averages. A bounce off this level will suggest bulls are buying on every minor dip, and this will enhance the prospects of a breakout of $1,350.

Contrary to this assumption, if the bears sink the price below the moving averages, the pair could drop to the uptrend line. A break below this support will signal a change in sentiment and may result in a deeper correction.

Polkadot (DOT) is currently range-bound between the high at $19.40 and the 38.2% Fibonacci retracement level at $14.7259. A consolidation near the all-time high is a positive sign as it shows traders are not rushing to book profits.

The bears are currently defending the overhead resistance at $19.40. This could extend the stay of the DOT/USD pair inside the range for a few more days

However, the upsloping 20-day EMA ($14.11) and the RSI near the overbought territory suggest the bulls have the upper hand. If buyers can drive the price above $19.40, the next leg of the up-move could begin. The first target on the upside is $24 and then $30.

This positive view will invalidate if the pair turns down and breaks below the 20-day EMA. Such a move could open the possibility of a deeper fall to the 61.8% Fibonacci retracement level at $11.8383.

The pair has turned down from the overhead resistance, which suggests the bears are unwilling to give up without a fight. The flattening 20-EMA and the RSI near the midpoint on the 4-hour chart shows a balance between supply and demand.

AAVE is in a strong uptrend and has been hitting new highs for the past few days, which shows traders continue to buy at every higher level. In an uptrend, the bulls buy the dips to the 20-day EMA and that was seen during the recent fall on Jan. 21.

The current leg of the uptrend has a target objective at $263.23 and then $294.229. The wick on today’s candlestick suggests bears are attempting to stall the rally near the psychological resistance at $250.

If the price turns down from the current level, the first support is at $200 and then at the 20-day EMA at $166. The upsloping moving averages and the RSI in the overbought zone indicate bulls are in command.

The first sign of weakness will be a breakdown and close below the 20-day EMA. Such a move will suggest that supply has exceeded demand from dip buyers and that could be a sign of a trend change.

A break below the channel could sink the price to the 20-EMA. A strong rebound off this support will suggest that bulls continue to accumulate on dips. However, a break below the moving averages will open the doors for a deeper correction.

Synthetix (SNX) witnessed a sharp correction on Jan. 21 but it quickly recovered and is currently attempting to resume the uptrend. Aggressive buying near the 50% Fibonacci retracement level at $10.744 on Jan. 22 shows demand at lower levels.

Both moving averages are sloping up and the RSI has bounced from the midpoint, indicating the path of least resistance is to the upside. If the bulls can propel the price above $17.150, the next leg of the uptrend could begin.

The 4-hour chart shows the bears are attempting to defend the $17 overhead resistance. If the price turns down from the current level, the pair could drop to the moving averages and then to $14. A consolidation between $14 and $17 will be a positive sign and increase the possibility of a break above $17.15.