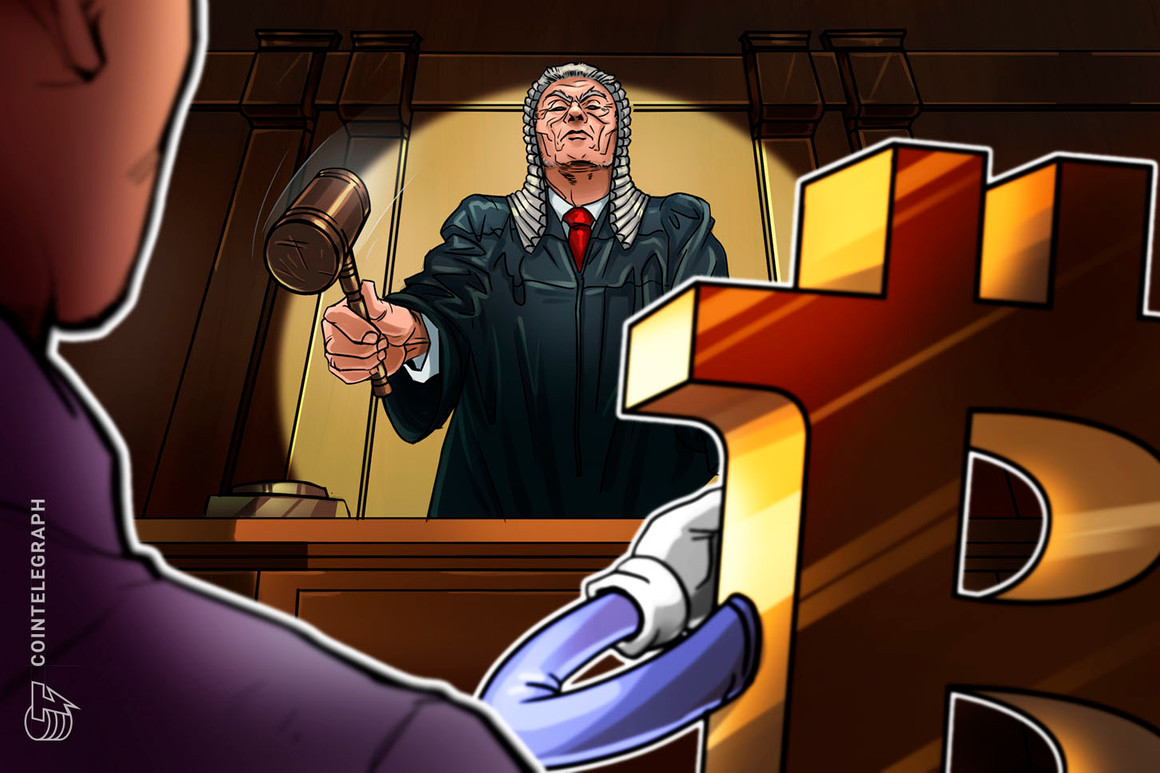 The unfolding drama surrounding the ownership of the Bitcoin (BTC) whitepaper could very well make its way to the courts, after both sides embroiled in the dispute told Cointelegraph they’re ready to “go all the way.”

On Jan. 21, the owners of two Bitcoin websites were threatened with legal action by lawyers representing Craig Wright, the man who claims to be Bitcoin inventor Satoshi Nakamoto. Wright claims to be the original copyright holder of the Bitcoin whitepaper, and demanded that both sites remove their locally hosted copies of the document on threat of legal action.

One website, Bitcoincore.org, has since removed the whitepaper, reasoning that becoming entangled in a costly legal battle with the litigation-happy Wright would achieve little, and isn’t a hill worth dying on.

However, the owner of Bitcoin.org, which was also targeted by Wright, has so far refused to remove the whitepaper, and said he has no intention of doing so.

Speaking exclusively to Cointelegraph, the pseudonymous developer known as Cobra said he’d be willing to defend himself in court should legal proceedings be brought against him.

“No legal proceedings have actually started, but we’re prepared to go all the way and defend ourselves if it comes down to it.”

Ed Pownall of CoinGeek, who has spoken on behalf of Craig Wright in the past, told Cointelegraph that Cobra and others who refused to comply had 4 options ahead of them:

When presented with this 4-point ultimatum from Wright’s team, Cobra’s response was blunt, appearing to signal a preference for option number 1. He said:

“Seems like what I thought, and we’ll just not respond, f*** them.”

Pownall said that should Cobra fail to respond to legal proceedings, Wright’s counsel would be willing to apply to the courts for a default judgement, where a defendant who fails to respond or offer a defence is judged without trial.

In 2019, Wright attempted to sue Ethereum (ETH) creator Vitalik Buterin for defamation after Buterin ridiculed Wright’s claim of being Satoshi Nakamoto, calling him a fraud. In this instance, Buterin simply didn’t respond to the letter and the deadline eventually ran out.

Wright has previously launched lawsuits against numerous figures in the cryptocurrency space, including Bitcoin podcaster, Peter McCormack, Bitcoin developer, Adam Back, and founder of Bitcoin.com, Roger Ver — all with varying degrees of success.