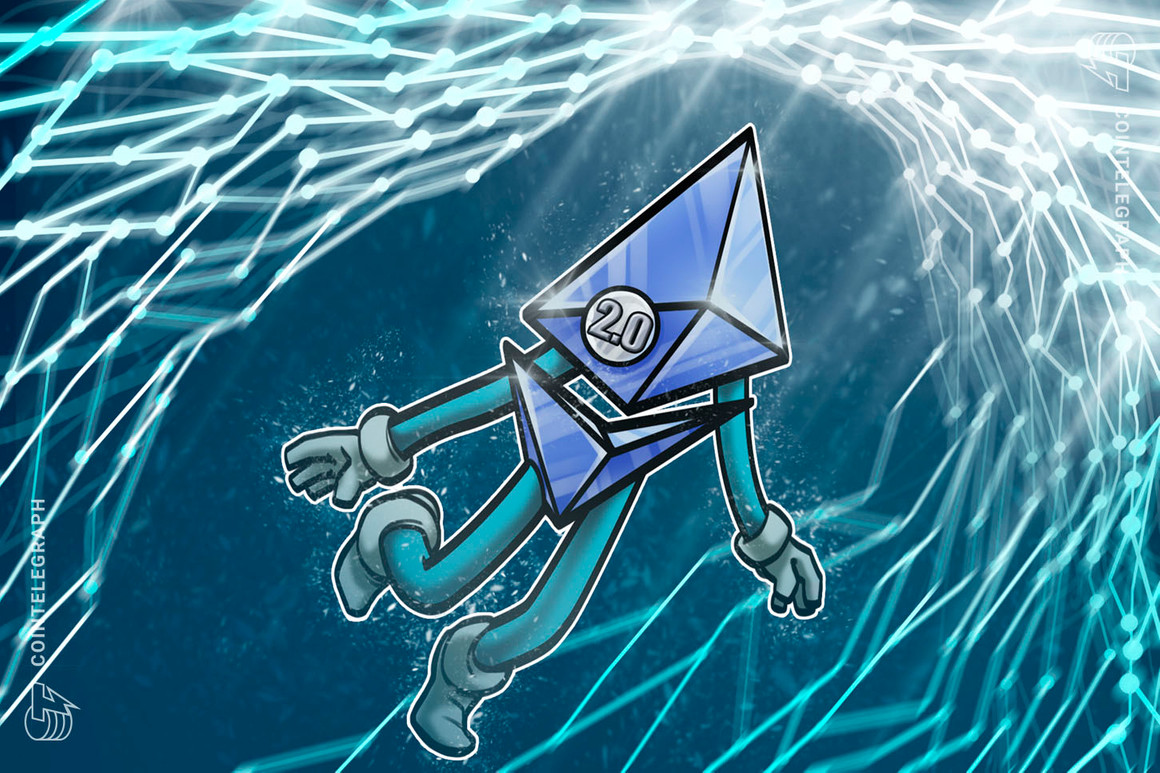 The combination of the Ether price rally and an ever increasing amount of stakers have propelled the Ethereum 2.0 blockchain to become the third largest blockchain by staked funds. This is an increase of more than 1 million ETH since Cointelegraph’s last progress report on Dec. 18. Since then, Ethereum surpassed Tezos (XTZ) but is still lagging behind both Polkadot (DOT), with its $10.4 billion locked, and Cardano (ADA), with $8.3 billion.

On the other hand, just over 2% of Ether supply is committed to the deposit contract. The participating stake, as recorded by beaconcha.in, is somewhat lower, as new deposits are only registered by the Ethereum 2.0 blockchain after a waiting period of about two weeks.

Staking yield is approximately 9% according to Beaconcha.in, a relatively average performance. According to stakingrewards.com, the yield is lower than Polkadot and Avalanche rewards but higher than most other staking blockchains.

Compared to others, Ethereum stakers have the additional hurdle of not being able to withdraw their funds until developers complete the transition to the proof-of-stake blockchain. Though this is one of the top priorities, there are no concrete timelines for this transfer.

Until that moment, stakers may access their liquidity through third-party services. A variety of exchanges, including Kraken and Binance, offer custodial staking with the ability to sell Ether on the exchange. Services like LiquidStake allow drawing loans against a user’s stake, while several DeFi projects, including Cream Finance and Lido Finance, give users tokenized versions of their staked Ether. These tokens can be exchanged back to mainnet ETH through platforms like Curve, but the exchange rate may not always be one-to-one.