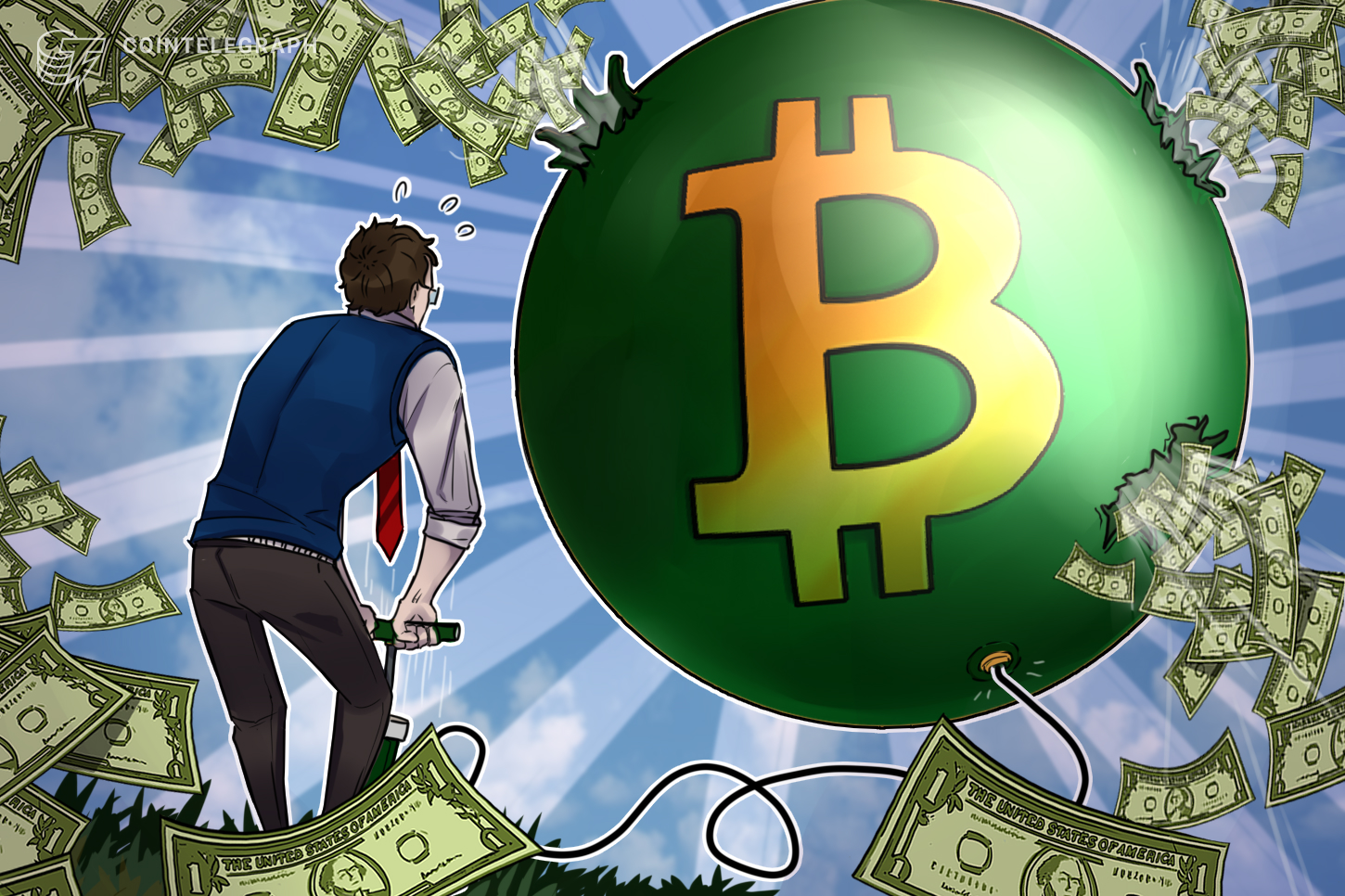 Anatoly Aksakov, a member of the Russian State Duma, has reiterated his negative stance on Bitcoin (BTC) shortly after the cryptocurrency briefly retouched $40,000 on Jan. 14.

In an interview with local news agency TASS, Aksakov argued that Bitcoin is not backed by anything and thus the Bitcoin bubble is poised to burst sooner or later:

“Bitcoin is not backed by anything as a cryptocurrency. This is a private currency, and its value is based on trust of the related data system. In this context Bitcoin provides a basis for a bubble on the crypto market, and I think this bubble should burst sooner or later.”

Aksakov also urged for strict regulations on Bitcoin, hinting that global jurisdictions should probably ban it as a payment method. Russia has already banned crypto-powered payments effective from Jan. 1, 2021.

Aksakov stated, “It is necessary to cut off all channels for using Bitcoin to finance drug trafficking, terrorist operations, money laundering, corruption schemes, and so on.”

Aksakov also noted that Bitcoin is “the mother of blockchain.” “Blockchain technology has existed for a long time, but thanks to Bitcoin it became popular and is now widely used,” he said.

Aksakov is not alone in maintaining that Bitcoin is a bubble. Michael Hartnett, chief investment strategist at Bank of America Securities, argued that Bitcoin looks like “the mother of all bubbles” in early January 2021.

As previously reported by Cointelegraph, Aksakov emerged as one of the biggest Bitcoin critics in 2020. He is confident that Bitcoin “has no future” and that crypto payments would destroy the global financial system.

Following Bitcoin’s massive rally driving its price to as high as $42,000 in January, a number of global authorities have expressed criticism of the world’s largest cryptocurrency. European Central Bank President Christine Lagarde argued on Jan. 13 that Bitcoin is a “highly speculative asset” and a “funny business” contributing to money laundering.