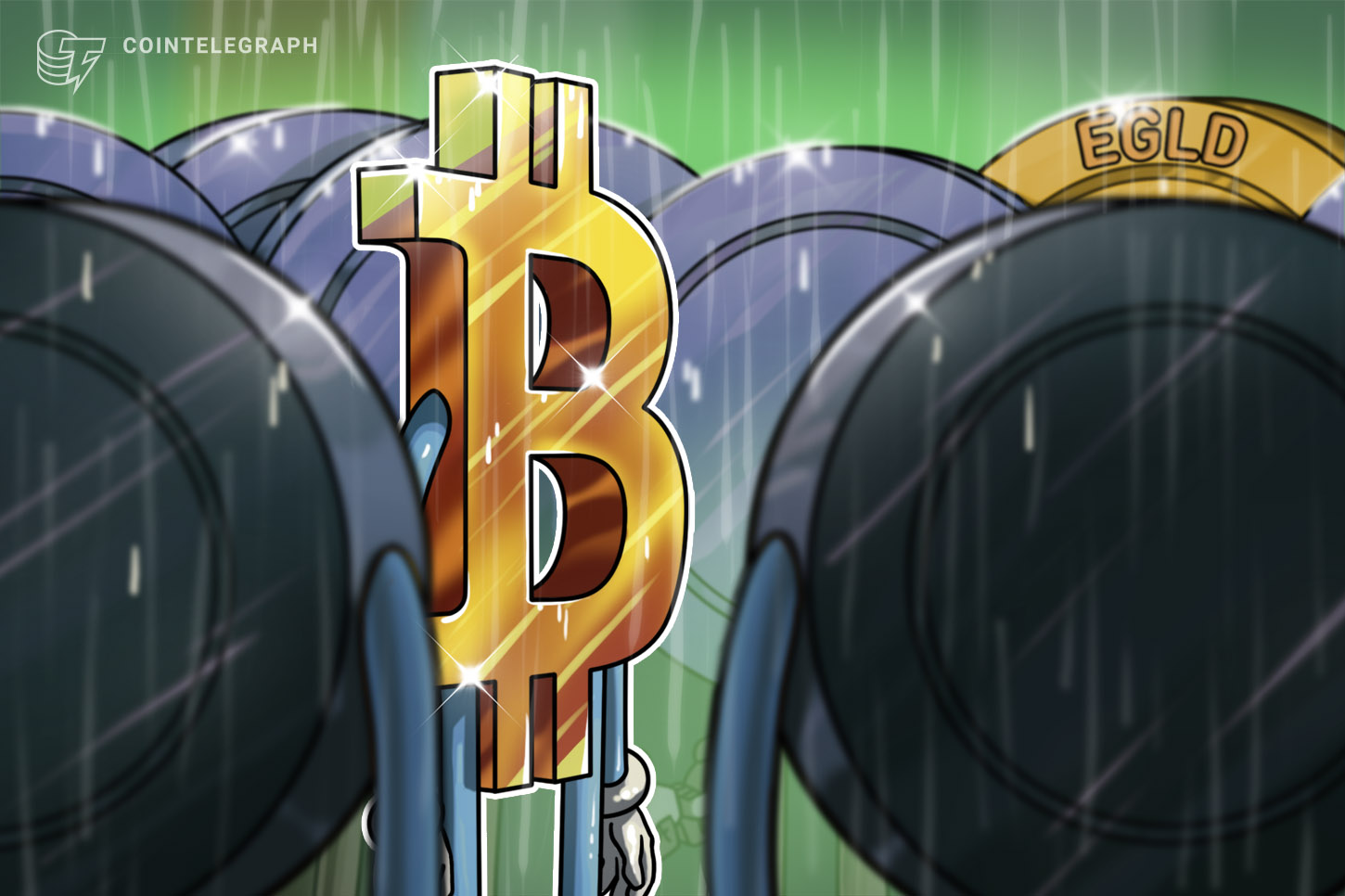 With Bitcoin (BTC) largely in the spotlight after hitting a new all-time high of nearly $24,000, other projects are starting to ride BTC’s coattails as well. One of the latest standouts is Elrond (EGLD), which is up 20% over the past 24 hours and nearing its all-time high.

The current highs above $27 is an increase of over 200% in December and more than 1,500% year-to-date, marking an extremely bullish year for this project.

Elrond’s recent run isn’t based on technicals only as the self-pronounced internet-scale blockchain got listed on eToroX as the ninth cryptocurrency. Only large-cap coins are listed on this exchange, but Elrond has becomes the first exception.

Elrond originally started as an initial exchange offering from the Binance Launchpad, which took place in July 2019. Since then, the project has seen some significant changes. One of those changes was the Mainnet Swap, as the ERD token became EGLD in the summer of 2020. This swap took place during the launch of the mainnet.

Additionally, a new Defi app that uses the Elrond blockchain is expected to launch next year. This app is called Maiar, a non-custodial digital wallet and global payments app for exchanging and storing money.

Elrond’s daily chart against USD is showing a significant rally since its recent low, surging from $6 to $27. The price is currently hovering around the all-time high and will likely break through it.

However, traders should be aware that vertical price action most likely comes down for some support tests before a new impulse wave can start.

Those support zones are clearly defined from the chart and should be watched by traders for potential entry opportunities.

Once Elrond breaks the all-time high, more upside is likely for this project. Meanwhile, the Fibonacci extension tool can help define possible top levels for the next impulse waves.

This higher low will confirm the ongoing uptrend, and traders should keep an eye out for support zones around the 0.000750 sats or 0.000850 sats.

Overall, a digital token like Elrond is showing the opportunities bull markets can bring. Right now, the focus is mainly on Bitcoin. However, once the Bitcoin price starts to stabilize, altcoins typically begin to catch up — and often outperform BTC in the short term. In this light, Elrond looks poised to become one of the top-performing cryptocurrencies to close out 2020.