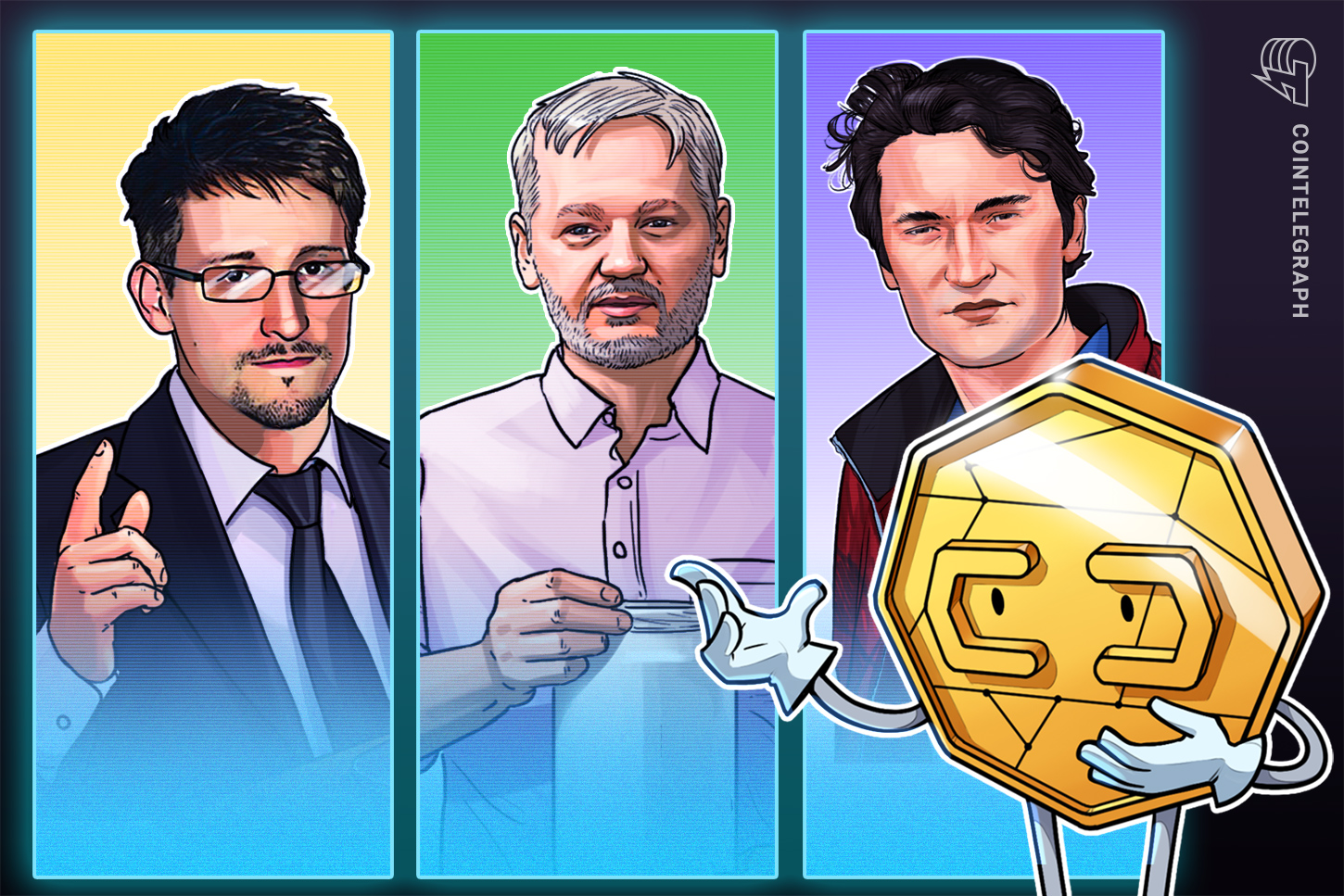 With just 44 days before Joe Biden’s inauguration as President of the United States, players in the crypto space are imploring Donald Trump to use his pardoning power for Silk Road founder Ross Ulbricht.

In a recent tweet from Jason Williams, the Morgan Creek Digital Assets co-founder pleaded for Trump to “do the right thing” by pardoning Ulbricht as well as whistleblower Edward Snowden. Peter McCormack of the What Bitcoin Did podcast followed suit a few days later, adding WikiLeaks founder Julian Assange to the list of potential pardons.

Humanity would only benefit from this.
ReTweet the shit out of this.

The three — Snowden, Ulbricht, and Assange — are among many names being put forth by advisers, pundits, and conservative commentators as Trump serves out the rest of his presidency. Ulbricht, the founder of dark web marketplace Silk Road, is currently serving two life sentences without the possibility of parole after being found guilty of federal charges on money laundering, computer hacking, and conspiracy to traffic narcotics.

Snowden, a former National Security Agency contractor turned whistleblower, left the United States in 2013 and was granted asylum in Russia. The Department of Justice has charged him with violating the Espionage Act of 1917 and theft of government property. He has since stated he will apply for Russian citizenship.

Though an Australian national, Assange has faced charges from more than one national authority, including for allegations of sexual assault in Sweden. In 2019, the United States charged him with violating the Espionage Act of 1917 related to the release of documents provided by U.S. Army intelligence analyst Chelsea Manning on WikiLeaks. Assange is currently in a U.K. prison awaiting an extradition decision to be tried in the U.S.

According to a Supreme Court decision, the power of the U.S. President to pardon someone is “unlimited” — though this ruling is being questioned in the media amid rumors Trump is considering preemptively pardoning himself before leaving the White House on Jan. 20. Since taking office in 2017, he has pardoned, commuted, or rescinded the conviction of 45 individuals charged with federal offenses.

Because there is no limit to the number of federal pardons Trump can issue, deciding who receives one can simply be a matter of a response to a public outcry or personal preference. Trump said in August he was “going to start looking at” pardoning Snowden, while a lawyer for Assange has claimed a former Republican congressman offered the WikiLeaks founder a presidential pardon as well. While Snowden is a possible recipient of a pardon, he has also advocated for Assange to receive one instead of himself.

Without a definitive statement from the U.S. president and time running out, crypto players are seemingly hoping to put Assange, Snowden, Ulbricht, or some combination of three to the top of the list — or at least prominently on Twitter — to catch Trump’s attention.

It’s time for @realDonaldTrump to#FreeSnowden#FreeAssange#FreeRoss
And everyone else in jail for victimless crimes. pic.twitter.com/dwQDThb6Bl

Not all crypto users were so eager to see Ulbricht potentially go free, given the controversial nature of Silk Road as a facilitator for buying and selling drugs.

“I will never understand why so many Bitcoin maximalists are eager to pardon Ross Ulbricht,” said Jax Draper. “I believe he got an extreme sentence, and that he’s possible of changing, but he’s very far from ‘innocent.’”