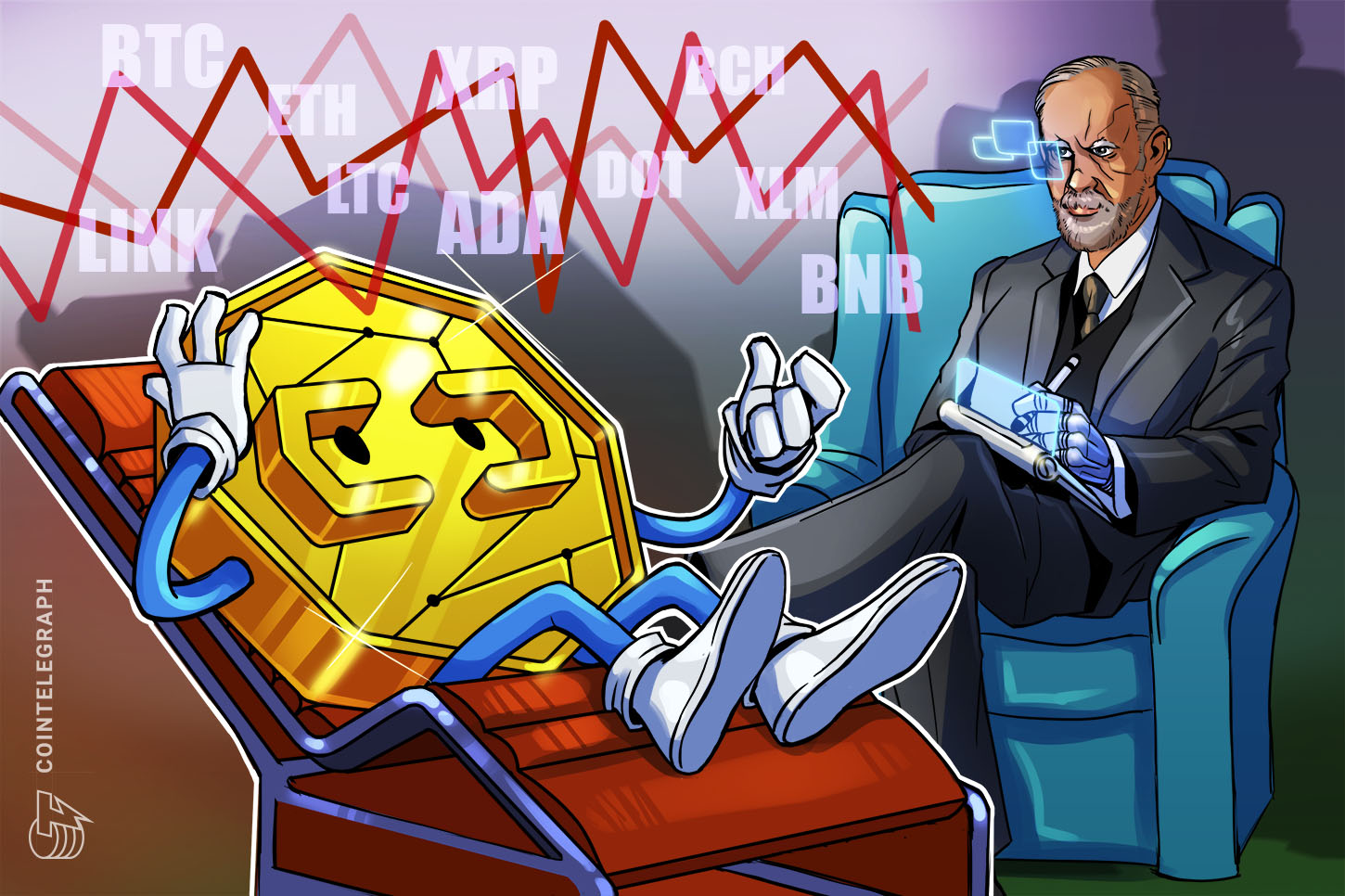 Bitcoin’s (BTC) rise above $20,000 will have to wait as the price saw a strong correction which and turned away from reaching a new all-time high.

Data suggests that whales decided to book profits when Bitcoin was close to $19,000 and this pulled the price lower. This fall could have resulted in the liquidation of overleveraged positions in the futures market and further aggravated the decline.

The current correction is a healthy sign as the crypto market was becoming overheated as several altcoins rallied vertically in the past week. While some altcoins have given back a large portion of their recent up-move, Bitcoin remains strong, suggesting that investors are buying into support at lower levels.

Galaxy Digital founder and CEO Mike Novogratz recently said that Bitcoin is attracting institutional investors because it is viewed as a hedge against the debasement of fiat currency. Novogratz suggests investors keep about 2 to 3% of their net worth in Bitcoin with a long-term objective as he believes BTC will be worth a lot more in five years.

However, traders should wait for the price to stabilize and form a base before buying because trying to catch a falling knife could be dangerous. Traders can watch the price action near the critical support levels and then consider buying if they hold steady.

Let’s analyze the top-10 cryptocurrencies to spot the important support levels that may attract buyers.

The bulls defended the 38.2% Fibonacci retracement level of $16,049.61 on Nov. 26 but they are struggling to sustain the price above the 20-day EMA. This suggests that traders are selling on rallies.

The 20-day EMA has flattened out and the relative strength index (RSI) near the midpoint suggests a range formation in the short term.

The bulls purchased the dip to the breakout level of $488.134 as seen from the long tail on Nov. 26 candlestick. However, the bulls are struggling to sustain the rebound as traders are selling on minor rallies.

If the bears sink the price below $488.134, a drop to the 61.8% Fibonacci retracement level of $466.755 is possible. A break below this support will shift the advantage in favor of the bears.

On the other hand, a strong rebound off the current level or the support at $466.755 will suggest demand at lower levels and that could keep the ETH/USD pair range-bound for a few days.

After the long wick on the Nov. 24 candlestick, XRP formed an inside day candlestick pattern on Nov. 25 that closed in the red. This showed that the bulls were booking profits after the sharp rally of the past few days.

The XRP/USD pair plunged to the 61.8% Fibonacci retracement level of $0.438968 on Nov. 26 but the long tail on the candlestick shows buying at lower levels.

However, the bears are unlikely to give up their advantage. They are selling on rallies and the pair has formed a Doji candlestick pattern today. This suggests that the pair could consolidate in a range for a few days before the next trending move.

Bitcoin Cash (BCH) nosedived on Nov. 25 and 26 and completed a 100% retracement of the latest leg of the uptrend that had started on Nov. 20.

Although the bulls purchased the dip on Nov. 26, the price turned down from the 20-day EMA ($277) today. This suggests that the sentiment has changed from buy on dips to sell on rallies.

The bulls could not flip $13.28, the neckline of the inverse head and shoulders pattern, into support on Nov. 26. This attracted further selling and Chainlink (LINK) plummeted below the moving averages.

The bulls are currently attempting to defend the 50-day SMA but the weak rebound off it suggests a lack of urgency to buy even at these levels.

If the bulls fail to push the price back above $13.28 within the next few days, the bears will try to drag the price down to $10. A break below this support could shift the advantage in favor of the bears.

Contrary to this assumption, if the bulls push and sustain the price above $13.28, it will suggest that the sentiment remains bullish.

Litecoin (LTC) formed a Doji candlestick pattern on Nov. 24 and that was followed by a sharp drop on Nov. 25. This suggested aggressive profit booking by the bulls and selling by the bears.

If the price breaks below $64, a drop to the 50-day SMA ($60) is possible. Conversely, if the bulls can push the price above the 20-day EMA, it will point to a possible range-bound action for a few days.

Cardano (ADA) formed a dark cloud cover candlestick pattern on Nov. 25, which indicates a bearish reversal. This was followed by further selling from the aggressive bears and covering of long positions by the trapped bulls.

The ADA/USD pair plunged on Nov. 26 and dipped below the 20-day EMA ($0.126) but the long tail on the candlestick shows buying at lower levels.

However, the buyers have not been able to sustain the bullish momentum as the bears are selling even on minor rallies. If the bears can sink the price below the 20-day EMA, the pair could drop to $0.1142241.

On the contrary, if the pair again rebounds off the 20-day EMA, it could rise to $0.155 and then consolidate in a range for a few days before starting the next trending move.

The bulls could not sustain the breakout above $5.5899 and Polkadot (DOT) plunged back below this level on Nov. 25. This trapped the aggressive bulls who may have been forced to cover their positions in a hurry.

Due to this, and the aggressive selling by the bears, the DOT/USD pair plummeted below the 20-day EMA ($4.91) on Nov. 26. The failure to defend this support is a negative sign and suggests that the bulls are not buying the dips anymore.

There was a bounce off the 50-day SMA ($4.46) but the bulls are finding it difficult to sustain the price above the 20-day EMA.

If the bears sink the price below the 50-day SMA, the pair could drop to $3.80 and then to the critical support at $3.5321. The flattish moving averages and the RSI just below the midpoint suggest that the pair could remain range-bound for a few more days.

Stellar Lumens (XLM) formed a Doji candlestick pattern on Nov. 25 that had a long wick. This suggests aggressive selling by the bears at higher levels. The bears continued their selling on the next day and the altcoin plunged to $0.145377, just above the 61.8% Fibonacci retracement level of $0.140209.

The bulls purchased the dip on Nov. 26 and are currently attempting to resume the uptrend. However, the higher levels are again likely to attract selling.

After the large trending moves of the past few days, the volatility is likely to reduce and the XLM/USD pair could consolidate in a range for a few days.

Aggressive selling by the bears and liquidation by the bulls on Nov. 26 pulled the price down to $26.35, just above the critical support at $25.6652. If the bears sink the price below this support, the BNB/USD pair could plummet to $19.

However, the crisscrossing moving averages and the RSI in the negative territory do not suggest a clear advantage either to the bulls or the bears. Therefore, if the price rebounds off $25.6652, the pair may remain range-bound for a few more days.