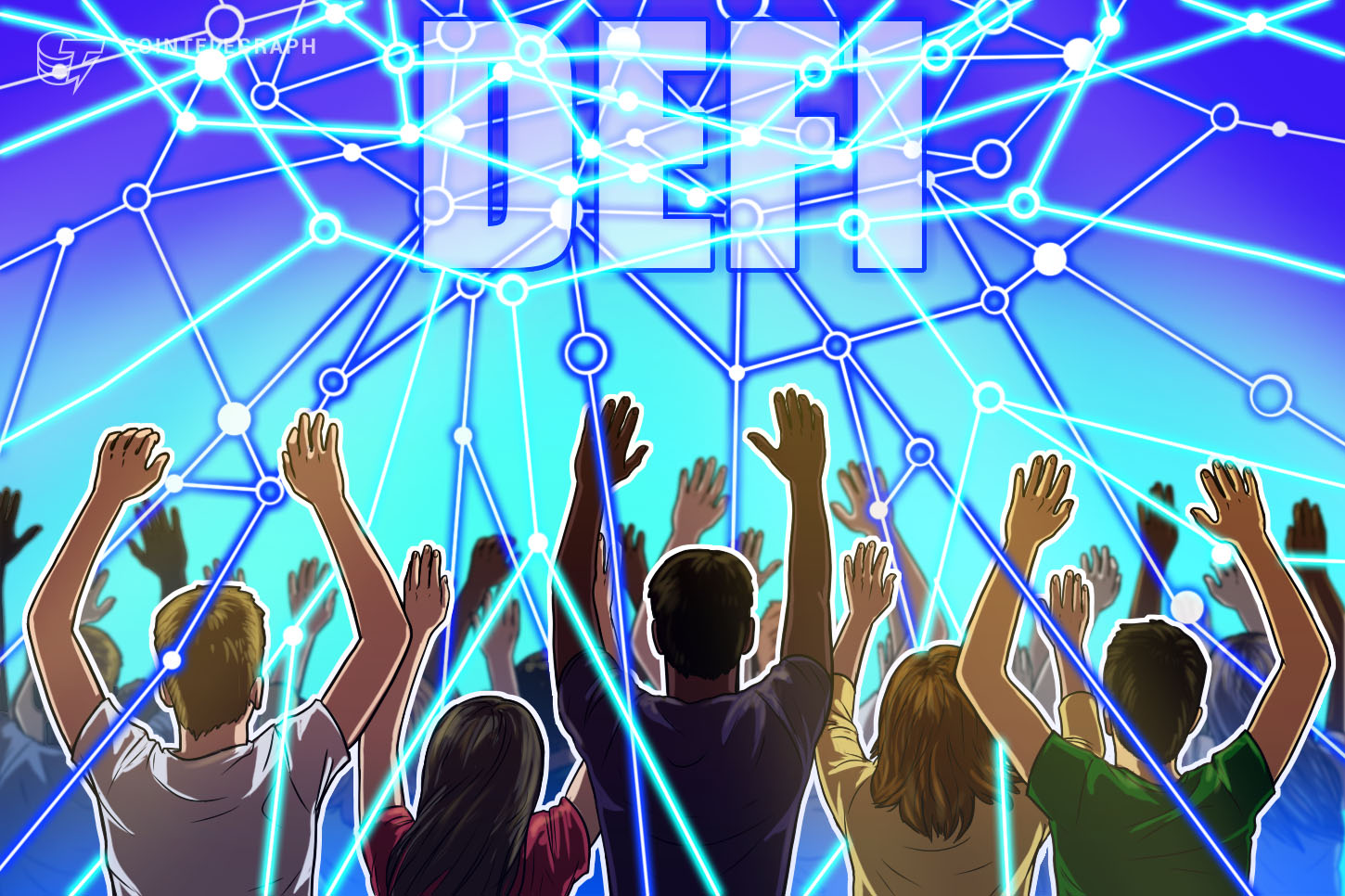 This week definitely feels calmer, more positive than the last. And there’s good reason to be optimistic for DeFi bulls too, as the market posted a decent recovery since my last newsletter.

People are calling it a “blue chip” rally, which means that it’s household names that are leading the charts (at least that’s the standard definition, it may also refer to their blue logos). AAVE and YFI rallied the most, followed by decent recoveries for Curve and Synthetix. These are big names, but at the same time I would give the “blue chip” moniker to stuff like Uniswap, Compound, Maker — all of which made lukewarm gains at best.

In any case, the DeFi Pulse index is doing quite well:

But to me it just seems like a bounce from oversold conditions, which happens even in deep bear markets. The drop stimulated discussion about what exactly we witnessed in the summer — is it like 2017 or 2016? The former had a brief cooldown around September-October to end the year in style, the latter was just fairly constant but produced slow growth back to previous all-time highs.

As much as the “thought leaders” on Twitter like to be bullish on everything, I’d say we’re firmly in the 2016 camp, and there’s this one chart that just nails the point so succinctly:

There is indeed a pretty sizable bump for DeFi searches around summer. Don’t see it? That’s because its relative performance pales even in comparison to cryptocurrency as a whole, and mainstream awareness like in 2017 is nowhere to be seen. But it is worth mentioning that these results come from a standing start:

There is definitely a positive argument to be found here, as it seems we’re still at the top of the first inning.

But at the same time I think this DeFi rally just encapsulates the worst aspects of 2016 and 2017 into one. We saw a lot of market naiveté and a fundamental failure of the backend infrastructure that resulted in gigantic fees — basically 2017 — and at the same time the average Joe just didn’t hear about it — that’s 2016.

The CEO of FTX is now saying that even Ethereum 2.0 wouldn’t be enough to deal with any load even approaching mainstream popularity, which is reasonable given the much higher processing requirements of DeFi smart contracts.

Overall I think the sector likely won’t resume growth until we have much, much better scaling — promising news on that front for 2021 — and more use cases than just playing Ponzi games or, at best, lending for rich crypto whales.

Smart contracts could soon buy stuff on Craigslist, sort of

A pretty cool item I covered this week is the birth of Boson Protocol, a DeFi primitive for purchasing physical goods with blockchain. Sounds pretty insane but the concept is relatively solid.

You have these non-fungible tokens representing a claim on a particular item. Specifically, it represents a two-way escrow between a buyer and seller. It’s like holding tokenized Craigslist deals, which is a pretty neat concept. The NFT can then be redeemed for its underlying product, and the economics of it are designed to minimize third-party arbitration as the system matures.

Obviously I can’t vouch for the specifics of the project and whether its intended proposal will find traction, or even just work in principle. There are a lot of moving parts there with multiple sets of bonds and incentives, so I’m sure a lot of testing will be necessary.

For now they’re envisioning physical airdrops and loyalty points as the main use case — which I’m hearing is something the big corporations are actually fairly interested in. But in general, I’m excited for any new project that attempts to bridge the blockchain-to-world gap.

The end of yield farming?

Uniswap token holders scheduled a community call for Thursday to discuss whether liquidity mining rewards should be allowed to expire on Nov. 17.

Uniswap is currently by far the largest project by total value locked, clocking in at $3 billion. While it was always quite strong even on its own, UNI liquidity mining propelled it to new heights for fairly obvious reasons.

For Uniswap, yield farming has a very tangible purpose — propping up liquidity on Ether pairs, as traders are incentivized to join the liquidity pools to collect the token.

That definitely had its mark — Uniswap is an incredibly liquid place for ETH, you can place trades for hundreds of thousands of dollars with basically no slippage.

But existing holders are paying for that with dilution, and it is arguably one of the reasons why UNI price is so low.

The community should, and probably will, evaluate this as if they’re the CEO of a hypothetical Uniswap Co. While the company isn’t really losing money because crypto internalized the “money printer go brrr” meme even better than the Fed, it’s still worth doing a cost-benefit analysis.

I’ve talked about the cost, now what are the benefits? More users, more liquidity, so in theory there should be more volume. We’re kind of seeing a confirmation of that, as volumes are staying high despite the market downturn:

The issue I see with subsidizing liquidity right now is that there’s no competitive advantage to it. Usually, you subsidize users to gain market share, but Uniswap is by now quite entrenched and clearly dominates the market.

Overall, I think the sooner we let go of printing money to subsidize something, the better. My opinion here is obviously just that, my opinion, so feel free to disagree with me.

A reminder to why DeFi is good

Cred filed for bankruptcy this week.

Like its competitors BlockFi and Celsius, it offered yield on a wide basket of cryptocurrencies, especially those not on the Ethereum network.

Nobody really knows what it did with that crypto. It was obviously lent to others, possibly institutions and traders, but we have no real way of checking.

And that’s exactly why DeFi is just better. You know it obeys certain rules, everything is done on a transparent blockchain. Obviously that didn’t completely eliminate scams or questionable behavior — and you are trading custodial risk for smart contract risk — but it just feels better to know that your money is where it belongs.

And as a side note, I know some of the aforementioned companies try to position themselves as DeFi or “not banks.” Problem is that the difference between DeFi and banks is not “crypto or no crypto” — it’s “custody or no custody.” Centralized crypto lenders fail that crucial litmus test.

I also think DeFi fans underestimate how close its building blocks are to the traditional financial system. Some go as far as saying that DeFi can prevent a repeat of the 2008 crash because everything is over-collateralized and transparent. I don’t think that’s a particularly strong argument given how many leveraged derivatives of derivatives we’ve seen so far. I can almost feel a DeFi financial crisis eventually coming up because people over-leveraged themselves on some weird Uniswap token backed by Curve-Aave-Compound Dai, which is backed by a staking derivative of Ether.

But on an individual level, cases like Cred are just an ad for DeFi — not your keys, not your coins. Everyone in crypto, including Bitcoiners, can agree that one of the primary purposes of this movement is to take back control over your finances.

DeFi excels at pushing the principle of self-custody to new frontiers, and that’s really what it should be appreciated for.