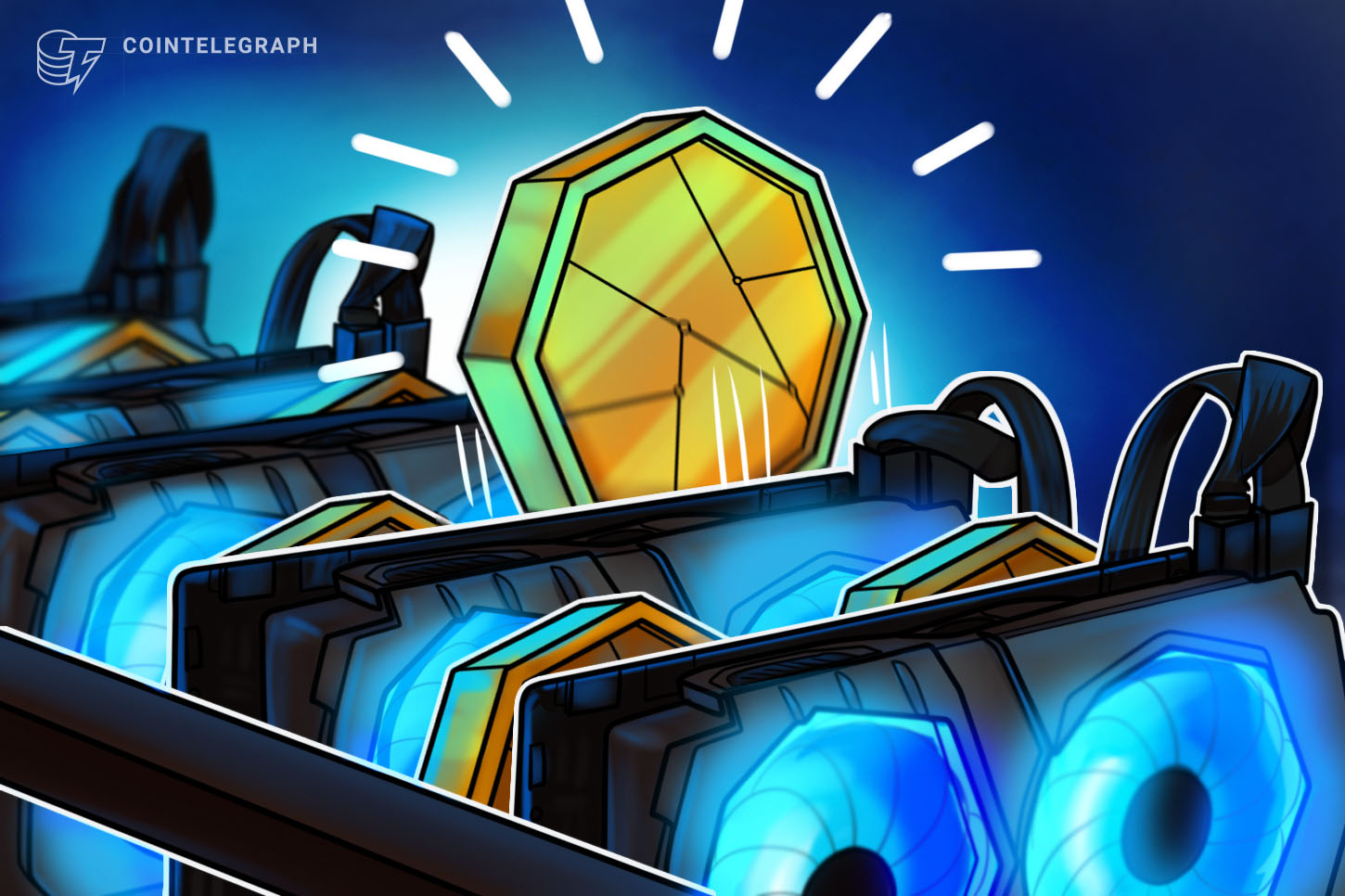 Now that we are at the tail end of 2020, the big hardware manufacturers are starting to announce their latest, fastest offerings set to be released ahead of the holiday season. Meanwhile, the cryptocurrency mining market continues to expand rapidly against all odds. Here’s an overview of which producers offer the best graphics cards in the market and which cards suit specific types of mining.

In terms of choosing a cryptocurrency to mine in 2020, there have been no significant changes. This year, most video cards continue to be able to mine Ether (ETH) or its forks. As for Bitcoin (BTC), mining of the world’s first cryptocurrency stopped being available to ordinary people a few years ago, as it requires serious investments, special equipment and access to large amounts of cheap electricity.

This is even more so the case now, as BTC mining is bringing in half the income after the reward halving took place in May. The difficulty of mining continues to increase, and in September, it updated to an all-time high of 19.31 trillion at block 649,152.

As a result, many popular devices such as the Antminer S9 have become obsolete. After the halving, the most profitable miners became the Whatsminer M30S ++ from the Chinese company MicroBT, which can deliver a hash rate of up to 112 terahashes per second and bring in just over $8.50 per day in profit, and Bitmain’s Antminer S19 Pro, which can reach a hash rate of 110 TH/s and see a daily profit of just under $8.50. But the prices of these miners are rather steep: A Whatsminer M30S++ costs $1,800, and the Antminer S19 Pro comes in at $2,407.

When it comes to Ether and its forks, graphics-card mining is once again becoming popular for several reasons. First, over the past two years, Ethereum’s hash rate has decreased by 15% (when compared with August 2018), now sitting at 256.221 TH/s. This means that Ether is now easier to mine.

Second, both modern and old models of cards can still be used for mining. For example, the Nvidia 1050 Ti, released in October 2016, and the Radeon RX 580, released in April 2017, are still very popular. Prices for such old cards are constantly decreasing as newer cards come out, which is encouraging miners to return to the market. But most importantly, the price of ETH tripled from the start of 2020 to the beginning of September, making Ether still very profitable to mine.

There is another factor that attracts the interest of miners: the upcoming transition to Ethereum 2.0 and a proof-of-stake algorithm, which is expected to commence before the end of the year. A spokesperson from WhatToMine, a popular web-based calculator for evaluating the profitability of mining cryptocurrencies, told Cointelegraph that Ether will continue to be in demand, not only this year but also in 2021:

“This cycle we can expect further expansion of DeFi projects, which will in turn make ETH network more and more popular. As a result block reward for ETH (the fee part) should increase in cycles with general uptrend, making ETH mining the most profitable for GPU miners.”

At the beginning of the year, Cointelegraph reviewed the graphics cards of the two largest manufacturers, Nvidia and AMD, and Nvidia cards seemed to have an upper hand in mining. However, taking into account the fact that Ether mining has gained a second life, AMD cards should not be written off, as the company’s Vega and RX generations are still very suitable for Ethash algorithms.

Regardless of the manufacturer, the most important factor is return on investment, as any miner must first invest a decent amount of money before turning any profit. A standard rig requires six graphics cards, and as a result, a miner can spend over $9,000 if buying the popular Nvidia RTX 2080 Ti with 8 GB or 11 GB of RAM memory. But what about those who can’t afford the top shelf but still want to make a profit? Here are the most popular graphics cards right now for Ether mining that cost under $400.

This card was released in October 2019, meaning the tech is still fresh. The graphics card has 6 GB of memory and Turing architecture, which executes more clock frequency, uses less power and has 20% better performance than the GTX 1660. The price of this model ranges from $240 to $250.

In summer 2019, AMD introduced a new line of RX 5700-series graphics cards to the market. These cards use fin field-effect transistor, or FinFET, technology, which results in better energy efficiency when mining due to the reduced size of electronic components and lower current consumption.

The RTX 2060 Super card may not be an obvious choice, as apart from having 8 GB of memory, it is no different from the RTX 2060. But at the same time, it uses five different algorithms — GrinCuckarooD29, GrinCuckatoo31, DaggerHashimoto, X16Rv2 and BeamV2 — which makes it more stable, safe and suitable for mining.

AMD’s RX 580 was released back in 2017 and is still one of the best low-budget GPUs for mining, with a price ranging between around $180 and $230. The card is used mainly for mining Ether and has 8 GB of memory, but it consumes little power at just 150 W. The only potential competitor might be the RX 570, but those card with only 4 GB of memory will no longer be able to mine Ether in 2021.

Nvidia has a dedicated series of graphics cards for crypto mining. The Nvidia P106-100 “mining edition” is based on the Nvidia GP106 GPU (Geforce GTX 1060), which is almost the same as a regular Geforce GTX 1060 but with some slight modifications. The P106-100 has no video outputs and no rear panel, and the card is equipped with 6 GB of memory.

The “mining edition” in the name does not mean that the new product is better at mining than the usual version but rather that it’s designed specifically for miners, as everything considered nonessential has been removed, allowing it to be sold for around $320, a whole $170 cheaper than a GTX 1060 unit.

So, which one is best to buy?

How long will it take for these budget cards to recoup their initial price? For comparison, one of the most popular cards for mining today, the Nvidia RTX 2080 Ti, brings in around $1.66 per day when mining Ether. If purchased for an average price of around $1,400, this graphics card will take about 28 months to pay for itself, without taking into account the cost of electricity.

However, this is not an exact science, and every miner should keep in mind that the algorithms of any crypto are constantly becoming more complex, which makes it harder to mine and longer to recoup their investment into their mining equipment.

Given the excitement around decentralized finance, a crypto boom looms on the horizon once again, and the upcoming new products may take it further. In September, Nvidia released its new generation of GeForce RTX 3000 graphics cards, with some people already saying that it can produce 81–89 MH/s during Ether mining. And the upper-class model, the GeForce RTX 3090, is expected to demonstrate 120–122 Mh/s. If so, then Nvidia may face a shortage of cards, as miners will buy everything, leaving gamers with nothing.

But AMD is not lagging behind and will present its Radeon RDNA 2 line at the end of October, which will directly compete with the 3000 series from Nvidia. The emergence of new cards will be of great interest to the crypto mining community. Andrej Škraba, head of marketing at NiceHash — a crypto mining and trading platform — is confident that the technological innovations of AMD and Nvidia will bring higher productivity:

“Nvidia just launched 3000 series, but current availability is super low. New RTX cards will bring higher hash-rates and miners will be upgrading their used 1060s and old AMD cards (480s/580s). We still have to wait for the AMD announcement to see what they will bring to the market.”