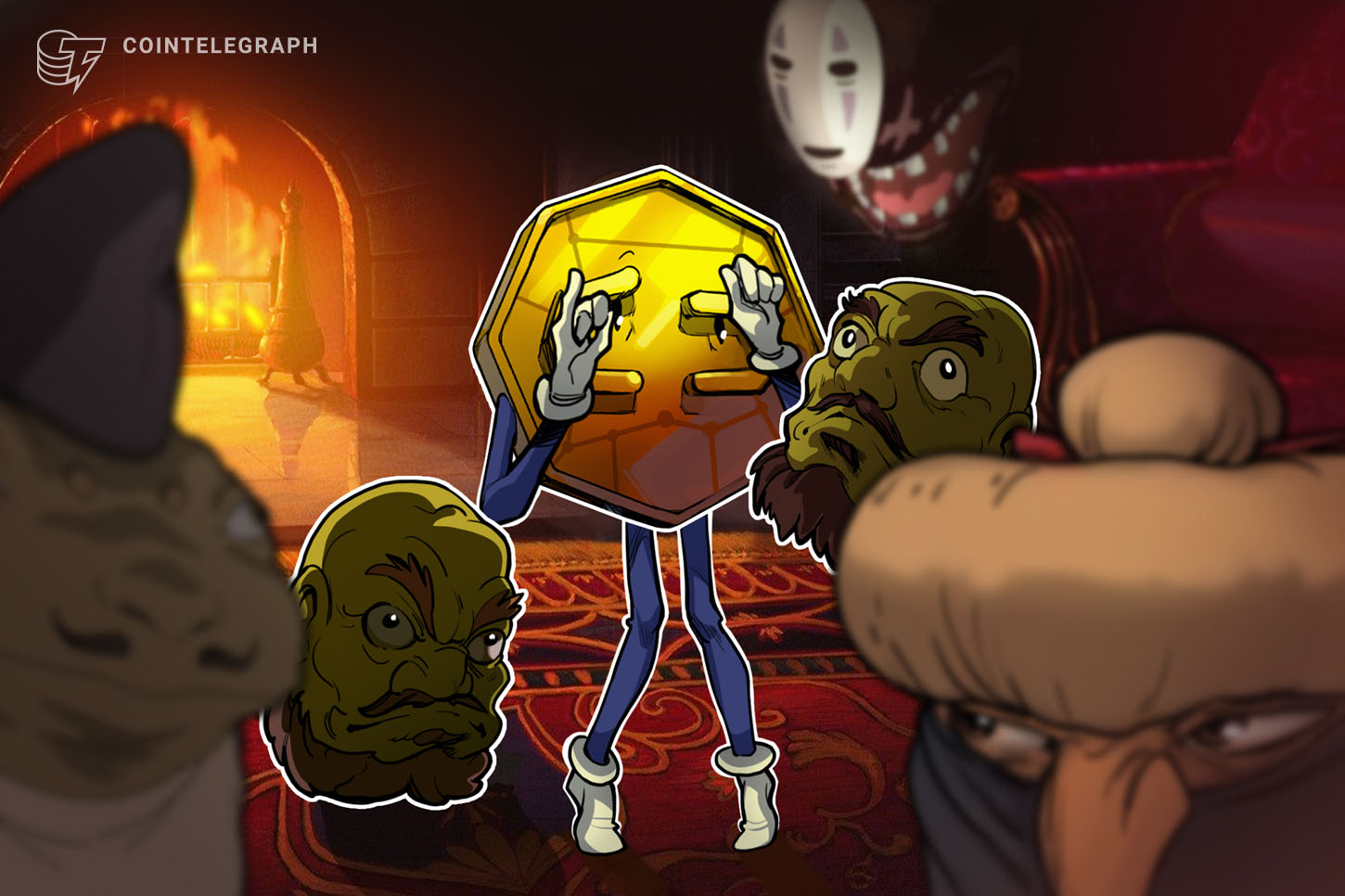 When most people hear about buying Bitcoin (BTC) or other cryptocurrencies, they immediately think of the largest exchanges, most of which are located in Asia. Today, countries such as China and South Korea have become epicenters of blockchain innovation. However, in many countries, it’s still unclear whether cryptocurrencies are allowed, and if they are, what their status is.

So, here’s how the regulation of the cryptocurrency market in Asia is shaping up and what should be expected from governments in the near future.

China goes digital with the yuan

Today, China is home to many cryptocurrency projects and exchanges, and yet, crypto has actually been banned for several years now. In 2017, the People’s Bank of China, the nation’s central bank, banned initial coin offerings and cryptocurrency exchanges. Then the Shanghai branch of the PBoC announced its intention to root out the crypto industry in the country, equating the token sales to the illegal placement of securities or fundraising. Soon, the biggest crypto exchanges in the country, Huobi and OKCoin, announced they had stopped local trading.

The turning point came in July 2019 when a Chinese court ruled that Bitcoin was digital property. The court’s decision marked a shift in cryptocurrency adoption, and in October 2019, Chinese President Xi Jinping called for an increase in blockchain development efforts. Furthermore, the PBoC has said it’s prioritizing the launch of a central bank digital currency. However, the Chinese government is still quite cautious in its approach to both its own cryptocurrency and digital assets in general and has yet to issue regulations.

Konstantin Anissimov, executive director of exchange CEX.IO, believes that recent events in the world, such as the coronavirus pandemic and subsequent economic downturn, could push the Chinese government toward the legal adoption of cryptocurrencies:

“To maintain its status as leader in the tech and finance markets, China, which after being overly restrictive just a few years ago, now accelerates the efforts to create a legal framework to regulate cryptocurrency circulation and even considers the possibility of its own digital currency.”

But so far the government has not introduced a national digital currency, apparently due to the fact that it wants not only to introduce a digital cash replacement but also to create a universal payment system, such as Alipay, that will be used all over the world. At the moment, the PBoC is conducting pilot projects in the field of cryptocurrencies in several regions of the country and has registered at least a few patents related to digital currency.

In early August, it also became known that some of the country’s commercial banks are conducting tests with digital yuan wallets. At the end of the month, China’s Communist Party once again announced that it is betting on blockchain as a key tool for innovating nationwide social services.

Also noteworthy is that at the end of July 2019, a national project known as the Blockchain Service Network, or BSN, was launched to support medium-sized businesses in the development of blockchain projects by creating public blockchains that will comply with Chinese law and operate internationally. It was also announced that the BSN will integrate support for stablecoins, albeit no earlier than 2021, and will be able to become the infrastructure for the digital yuan.

Despite all of these positive signs of blockchain “acceptance,” some Chinese businesses still don’t believe that the government will legalize cryptocurrencies because digital money does not act as currency. Yifan He, CEO of Red Date Technology — a tech company involved in the BSN — told Cointelegraph:

The city-state of Singapore treats cryptocurrencies positively and doesn’t ignore them, and its financial regulators were among the first in 2020 to issue relevant laws within the framework under which the country’s crypto businesses operate.

In January, the Monetary Authority of Singapore, the nation’s central bank, issued the Payment Services Act, regulating the circulation of cryptocurrencies and the activities of related companies, which must comply with Anti-Money Laundering and Combating the Financing of Terrorism rules. Crypto companies must first register and then apply for a license to operate in Singapore. To clarify how to get a license, the Association of Cryptocurrency Enterprises and Startups Singapore has introduced a “Code of Practice” to assist companies in their applications.

The government did not stop at just issuing laws; it also began developing national blockchain projects. Earlier this summer, the Monetary Authority of Singapore announced that it was ready to test Project Ubin, its multicurrency blockchain payments project designed for commercial use and intended to facilitate more efficient cross-border payments. Moreover, in June, the central bank announced its readiness to cooperate with China in the creation of a CBDC.

At the moment, Singapore has clear legislation regarding cryptocurrencies, and no laws prohibit their possession, use or exchange for fiat currency. Registering a Singapore cryptocurrency company is also a legal matter.

South Korea also has a clean-cut vision of cryptocurrencies; however, it approaches the regulation of digital assets in a very tough manner, viewing digital assets as legal tender. Its local exchanges are tightly controlled by government agencies, including the Financial Services Commission. In addition, the country’s Ministry of Economy and Finance can conduct comprehensive checks of Bitcoin exchanges. Since September 2017, ICOs and margin trading have been banned.

In March, the South Korean government passed a bill to regulate cryptocurrency exchanges in the country. The National Assembly adopted a revised bill on reporting and conducting certain types of financial transactions, including crypto. The government has until March 2021 to implement the law. Once in effect, blockchain startups will be given a six-month grace period to bring their activities in line with the new rules.

The bill will affect crypto exchanges, funds and crypto wallets; companies conducting ICOs; and other market participants. They will be required to comply with all financial reporting requirements, use only bank accounts with real names, conduct user identification such as Know Your Customer, and certify their information security management systems. In July, the government suggested introducing a tax on income from crypto trading and even set a rate of 20%, but so far, the law has not been adopted.

As for the use of blockchain in private business, the government contributes to the development of this sector in several ways, including through the use of a blockchain-based payment program in the city of Seongnam and crypto storage by four of the nation’s largest banks.

The relationship between the Indian government and cryptocurrencies can be confusing to understand. The Reserve Bank of India’s 2018 ban on accounting organizations serving firms that work with crypto drove some companies out of business. The government planned to go even further, and in July 2019, it proposed a draft bill that would slap anyone dealing with crypto with a big fine or a 10-year prison sentence.

At the end of March, the Supreme Court of India unexpectedly heeded petitions from crypto businesses and overturned the central bank’s ban, declaring it unconstitutional. Some exchanges immediately seized the opportunity to start trading again. However, the situation has remained ambiguous ever since, as it’s still not clear whether the Indian government will push to create a regulatory framework for the development of the industry.

So far, it seems that the authorities may, and want to, regulate this area, but they are hesitant, so another ban looks like an easier way. For example, just five months after the first ban was lifted, Indian officials reiterated the possibility of banning cryptocurrency trading through legislative changes.

Sumit Gupta, CEO and co-founder of CoinDCX — an Indian cryptocurrency exchange — told Cointelegraph that in countries such as India where the adoption and legalization of cryptocurrencies have not been as fast as in South Korea or Singapore, it will take time for businesses to get used to a new financial instrument:

“Over the course of 2020, we have seen regulation shift from a ’blanket ban’ to a more measured and calculated approach aimed at protecting investors and combating potential fraud within the industry. We believe that as traditional actors are increasingly comfortable with cryptocurrencies, we will see an uptick in cryptocurrency adoption across nations and regions.”

Bitpanda announces layoffs citing no compromise on product quality
‘Unique phenomenon’: All 5B toncoins mined on PoS TON blockchain
US Congressional hearing on digital asset regulation focuses on disclosure
EU agrees on MiCA regulation to crack down on crypto and stablecoins
Harmony Protocol Offers $1M Bounty for the Return of Stolen Funds and Information on the Bridge Exploit