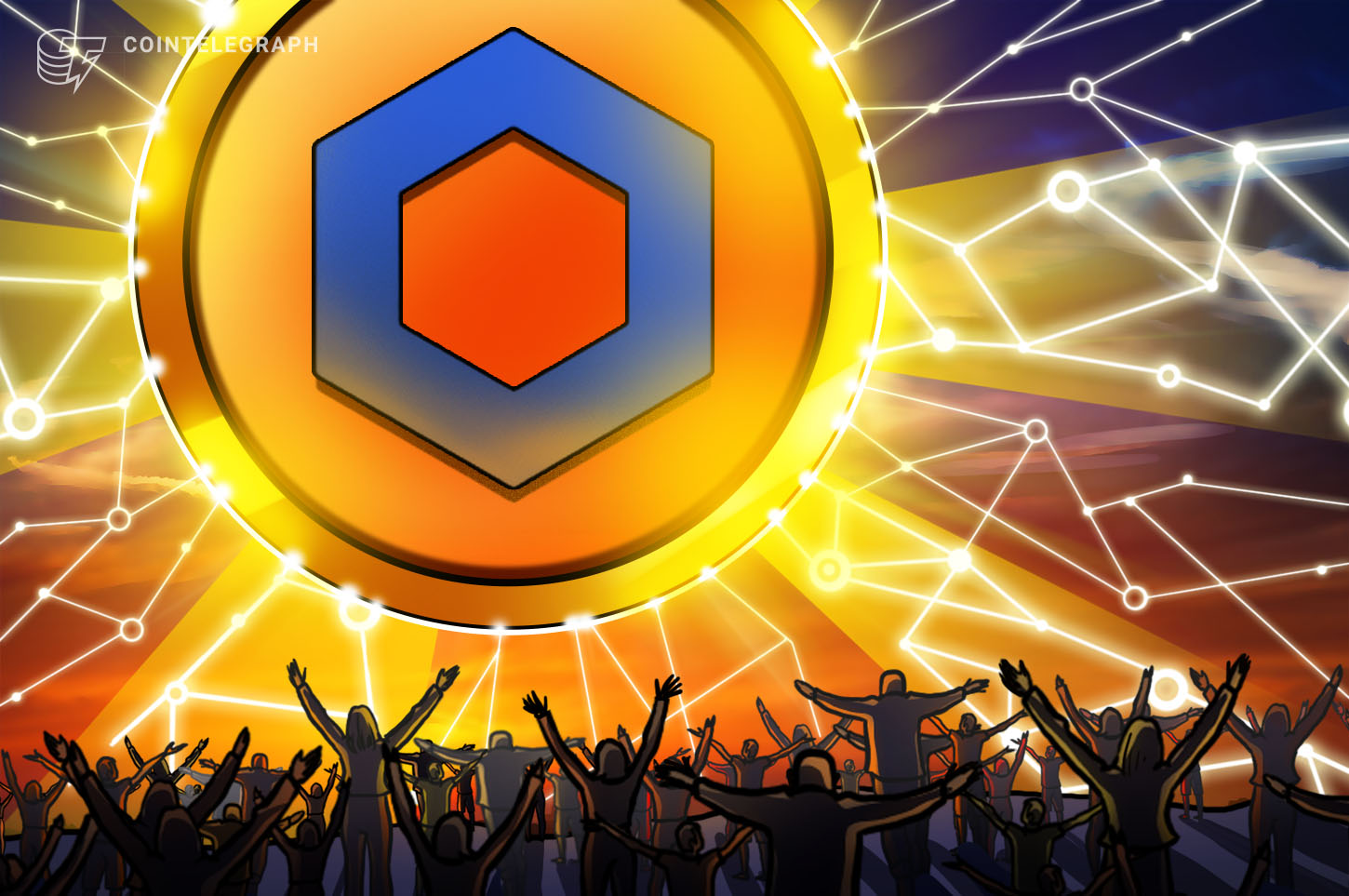 As Bitcoin (BTC) price continues to trade in a tightening range, the altcoin market has been pushing higher each week, and the most recent surge has come from Chainlink (LINK).

After breaking above the $5 level, LINK price surged nearly 100% in a matter of days and ended by making a new all-time high at $8.40. Through this massive push, LINK surpassed EOS (EOS) and Crypto.com (CRO) to claim a spot among the top-ten cryptocurrencies listed on CoinMarketCap.

Investors are now curious to see if Tezos (XTZ) will continue to follow LINK and there are expectations that other altcoins will also follow LINK’s upward trajectory.

In the previous article, a target of $7.00-$7.25 was established using the Fibonacci extension tool. However, LINK overshot that target by a mile.

As the chart shows, the rally might be temporarily over, as sellers are stepping in but this will only be confirmed if the daily candle closes as shown on the chart above. Currently, the candle shows a giant wick on the upside, indicating that there’s more sell than buy pressure.

Aside from the candle, such a giant move is due for a corrective move, so it is good to review the levels to watch for potential support.

The 1-day chart is showing clear support levels. One of them is found between $6-$6.50. The previous resistance at $6.57 can be confirmed as support, which would suit a renewed test of the $8.50 resistance level.

However, a clearer signal would be a corrective move towards the $5 level, as that used to be a significant resistance zone before the massive breakout occurred.

The 4-hour chart shows a bright support/resistance flip of the $5.70 level, which caused continuation and the price to accelerate towards $8.50.

The most likely scenario is a test of the previous high for support. In this case, the $6.50-$6.60 level. A potential wick towards the $6.20 level is an area to watch for.

The LINK/BTC pair shows a massive breakout as well. The resistance zone at 0.00055000 sats was tested several times before the breakout occurred.

This price action is actually quite similar to the resistance zone of Bitcoin that is encountering at $10,000-$10,500. As the saying goes, the more often a resistance gets tested, the weaker it becomes.

As the breakthrough of the resistance zone occurred, massive acceleration took place but the chart is showing signs of overextension on the upside. For this reason a corrective motion is likely to occur.

Once Chainlink moves Tezos tends to follow. However, in the previous months, Tezos has been lagging heavily but the price finally made a strong move over the weekend.

XTZ/USDT has been showing strength in the previous days and currently faces the final hurdle before a new all-time high.

The pair secured support at the $2.40 level before continuation and acceleration towards $3 occurred. The next step to watch for is a test of the $2.70-$2.77 level for support.

If that level sustains support, it’s likely that XTZ/USDT will break through the $3 barrier and test the all-time high.

The $3 resistance area has been tested three times now and it’s possible that another test of the resistance zone will see the price finally push through it.

If XTZ/USDT breaks above $3, it’s assumed we’ll start accelerating and get a similar move to Chainlink. And that similar move means a new all-time high.

The XTZ/BTC pair is also showing strength as it recently broke above the 100-day MA. This is also the case with the XTZ/USDT pair. If the previous resistance area at 0.00002900-0.00002950 sats continues to hold for support, a support/resistance flip will be achieved.

Once this support/resistance flip is confirmed, continuation to the upside is likely to occur and traders will set their targets around the all-time high zone around 0.00003700-0.00003800 sats.

If Tezos manages to break through the all-time high levels, the sky’s the limit and savvy traders can look to the Fibonacci extensions in order to determine new targets.

6M noobs have bought coins on Robinhood Crypto already in 2021
Ethereum’s Success May Also Be its Own Killer – Binance CEO
Traders remain bullish even as DeFi’s TVL falls to $54.4 billion
Many pieces of the Diem puzzle still missing as launch gets delayed
Alpha Finance Lab rallies after integrating with Compound and Binance Smart Chain