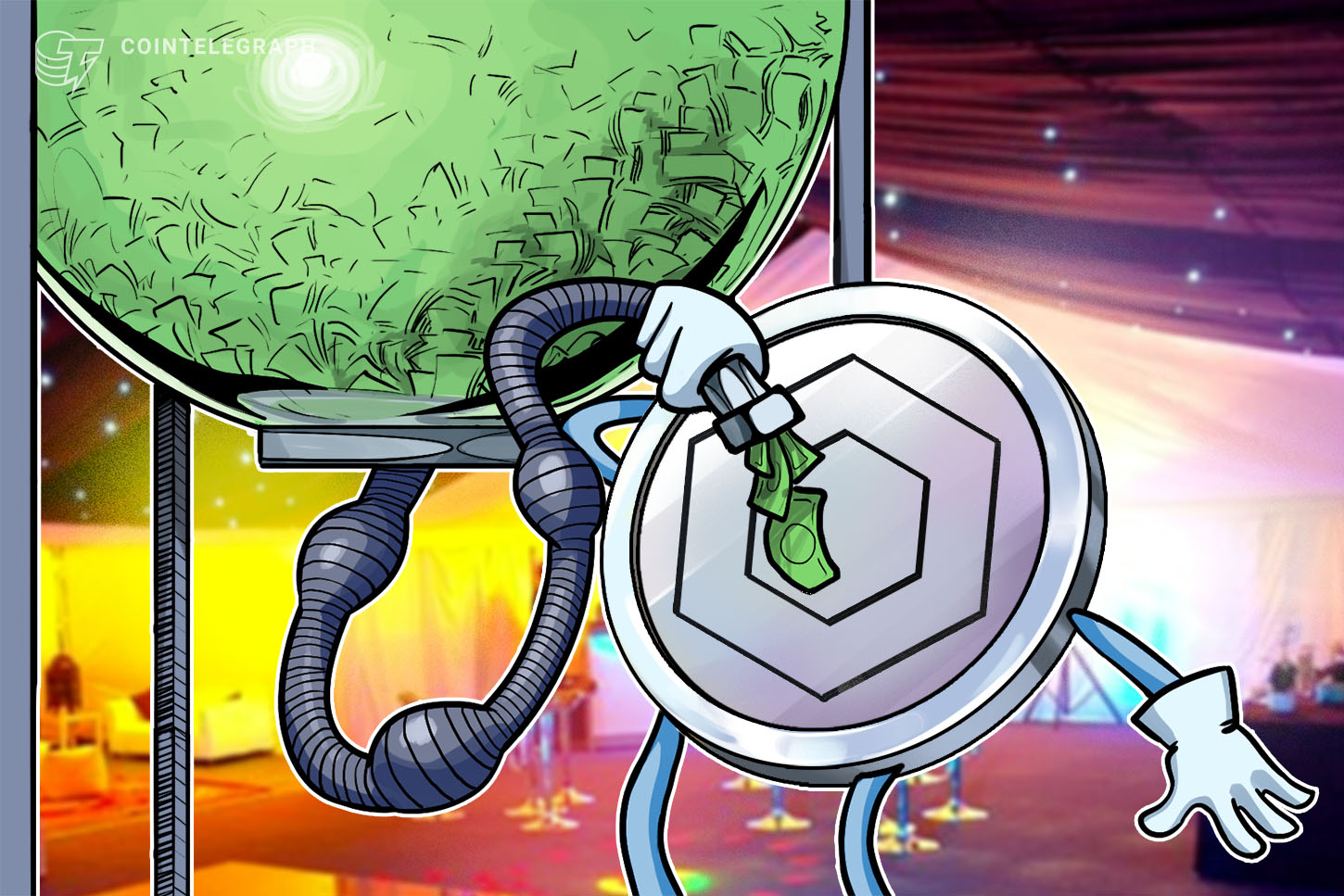 Chainlink (LINK) reached an all-time high of $5.60, appreciating 15% on the day. This comes amid the news that China’s Blockchain Service Network, or BSN, launched this past weekend.

LINK price over the past 12 months. Source: Nomics.

The BSN recently integrated Chainlink’s price oracles into its ecosystem. The founding members of the BSN consortium were local tech leviathans like the China Mobile Communication Corporation and China Union Pay. Its stated goal is to advance blockchain technology in China.

A source familiar with BSN’s launch told Cointelegraph that the 135 nodes nodes of the Zhejiang district went live:

“Many of BSN’s public city nodes are already live but this is very different from the news around public blockchains being integrated into these nodes, which I don’t think is going live until at the end of the month at the earliest.”

The source does not know whether Chainlink’s oracles are currently live. In any case, this launch should have provided massive local media exposure to the oracle company.

Michael Anderson, co-founder at Framework Ventures, who made a bullish prediction about LINK back in April, also believes that Chainlink’s integration with the BSN played was a factor in the spike:

“Chainlink’s short term price spike can likely be attributed to the project’s scaled usage in the DeFi space. The market size of DeFi as a whole has grown at a breakneck pace over the last month, and a significant portion of the sector is now leveraging Chainlink to connect on-chain smart contracts to off-chain data feeds like commodities and crypto price data. I would also posit that the Chinese government’s decision to integrate Chainlink oracles into their national blockchain service also plays a role in the most recent hype cycle. Long term, we expect Chainlink’s value to continue to appreciate, especially when staking is introduced.”

Chainlink is expected to spend $55 million on the ecosystem growth this year. The aggressive spending has allowed the company to achieve integration with key industry players — like Tezos (XTZ) and Huobi . A couple of months ago, Chainlink also introduced verifiable on-chain randomness to the Ethereum (ETH) ecosystem.

At this point, we can only outline several factors that could have potentially affected the latest LINK price surge, but we have no way of verifying these hypotheses.

Ethereum risks another 10% drop versus Bitcoin as $15.4M exits ETH investment funds
5 years of the ‘Top 10 Cryptos’ experiment and the lessons learned
Biden’s anemic crypto framework offered us nothing new
Israel, Norway and Sweden’s central banks partner with BIS to explore CBDC
What will happen to Bitcoin and Ethereum if traditional markets break?