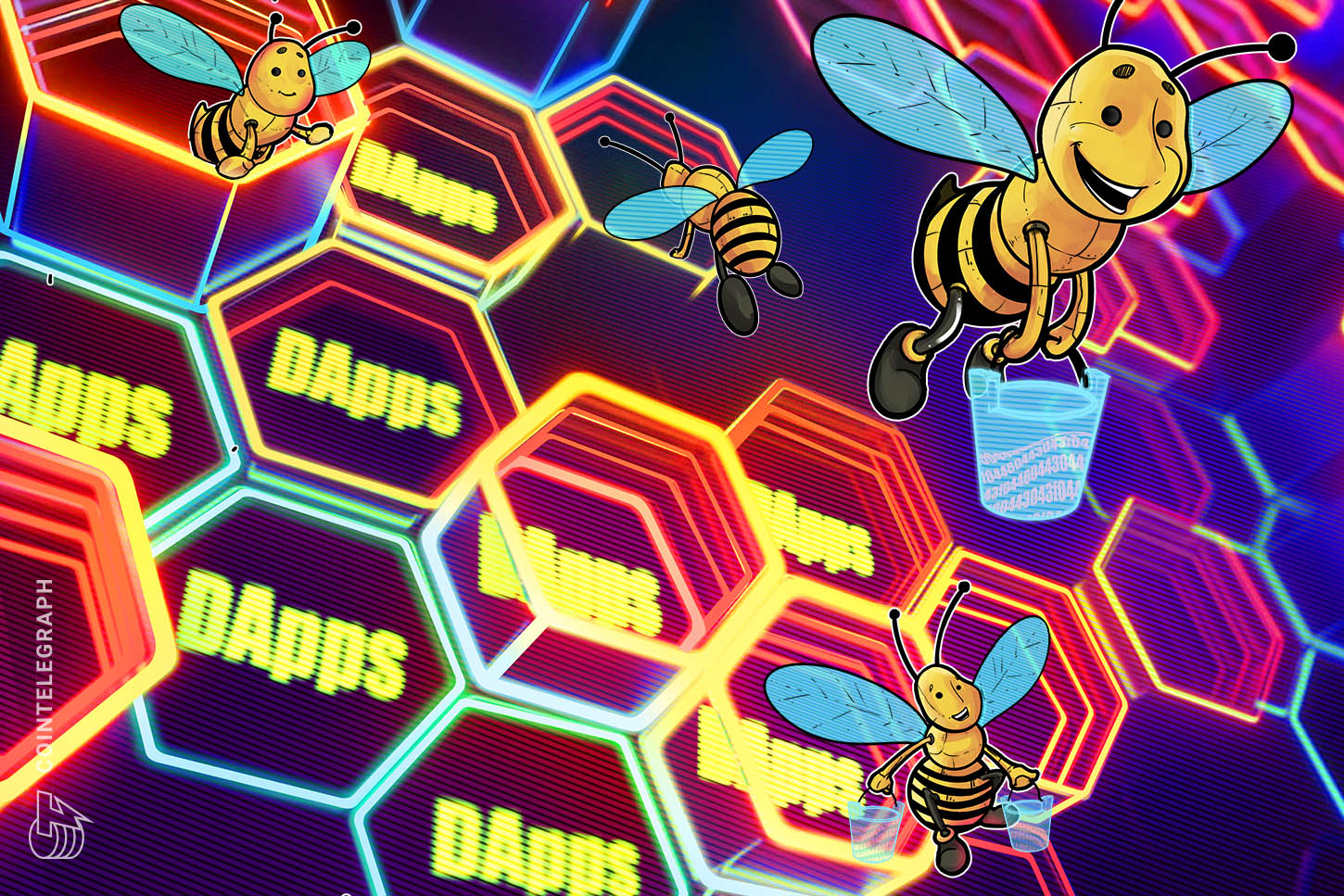 Decentralized finance (DeFi) applications on the Ethereum blockchain surged in the second quarter of 2020 as the daily transaction volume reached an all-time high in June.

The 2020 Q2 Dapp Market Report published by analytics website Dapp.com showed that the number of active DApp users on Ethereum (ETH) increased by 97% in Q2 to reach an all-time high of 1,258,527. In addition, the transaction volume of ETH DeFi DApps reached $5.7 billion in June, making up over 97% of the entire DApp volume on the network.

Cointelegraph reported Compound (COMP) emerged as the largest DeFi token by market cap after it was listed on June 16, rallying by more than 60% in a few hours. According to Dapp.com, the number of daily DeFi DApp users on ETH saw a corresponding rise, from 7,682 on June 15 to 11,230 immediately after its release, an increase of 48%. 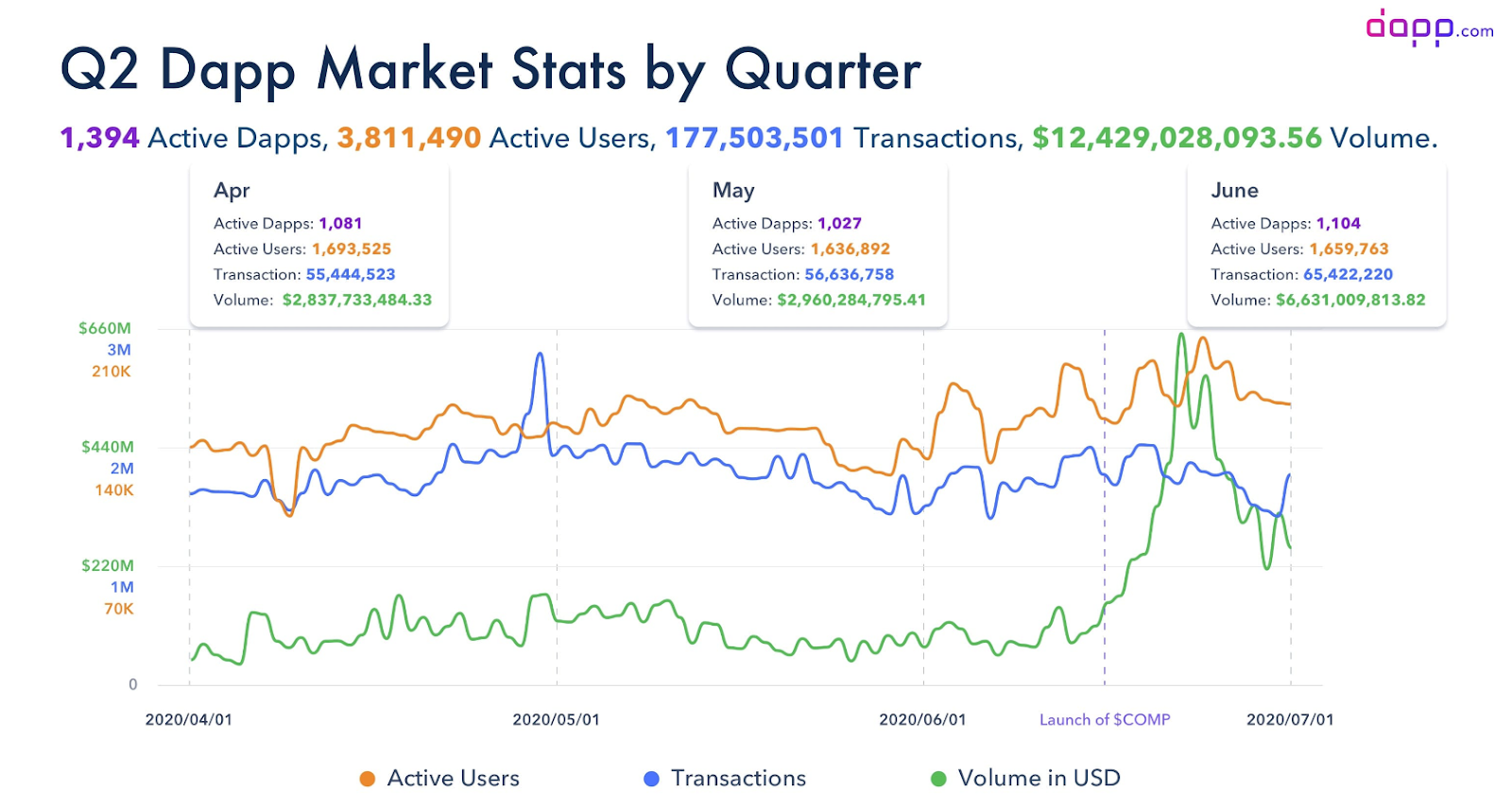 Cointelegraph reported on DappReview’s analysis, which showed a roughly 12% reduction in activity for EOS and 74% drop for TRON from Q1 to Q2. According to dapp.com, though the transaction volume of ETH DApps is nearly 10 times EOS’ and TRON’s, the number of active users on the protocols still grew by 30% and 50%, respectively.