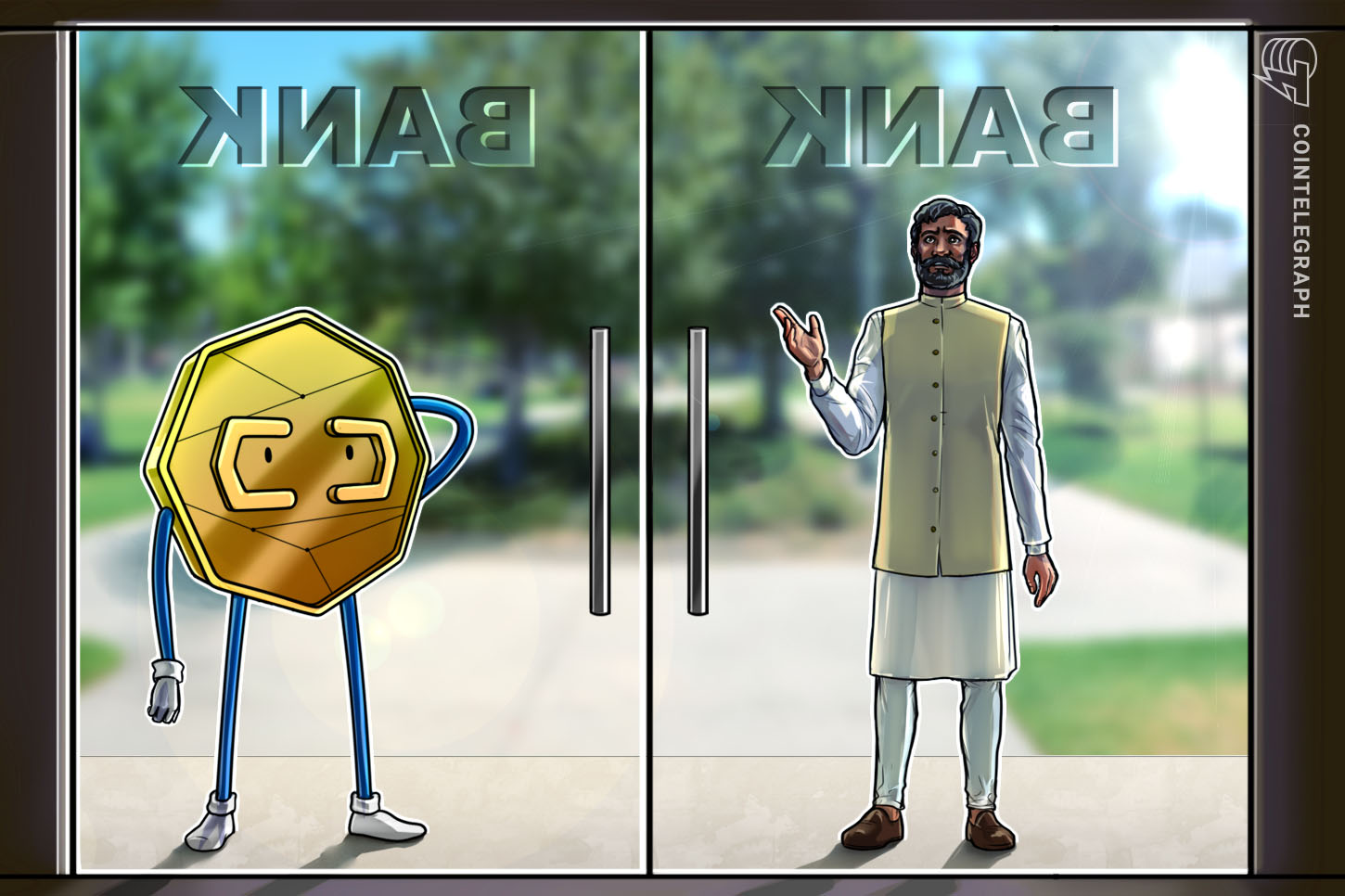 The repeal of a blanket ban on cryptocurrencies in March by India’s central bank, the Reserve Bank of India, has been a boon to the thriving crypto industry in India — with the launch of new exchanges being a catalyst.

This is despite the country being one of the most severely affected nations by the COVID-19 pandemic, which has led to a deepening economic crisis across the nation. For investors and fintech innovators alike, cryptocurrency and blockchain technology have proven to be a much-needed respite in these challenging times.

Repealing the blanket ban was not the ultimate solution that most had hoped it to be, as even after the repealing, there have been incidences of banks declining to process crypto transactions. However, there is more regulatory clarity in the industry now than there was back in 2017 when the degree of skepticism and confusion was at a high level.

A rumor of a note that was moved within the Ministry of Finance for intradepartmental consultation regarding a draft law that sought to ban all cryptocurrency-related activity — with a heavy fine or even a jail term of up to 10 years for offenders — had been swirling around, but it has recently been debunked. Corporate advisory firm AKM Global said that if the law gets passed in its current form, it “would completely decimate the crypto-industry in India.” This rumor brought back fears to the crypto community. However, Nischal Shetty, the CEO of crypto exchange WazirX, maintains faith in the government, telling Cointelegraph in an email exchange:

“On the day the news about the ‘note’ broke out, it created some panic among the community. But that’s all. We are not seeing any difference in the trading behaviour on WazirX since then. There have been speculations about crypto ban in the past as well. With more than 5 million crypto users in India, I’m confident that our Prime Minister won’t let us down.”

This positive outlook about the governing bodies is not shared by all experts in the industry. Siddharth Sogani, the founder of Crebaco — a research, rating and intel company for blockchain — fears the inadequate dissemination of knowledge within the governing bodies and iterates the need for a separate committee:

“Our government released the draft bill on crypto which was made by interns of National Institute of Financial Policy and Planning, without consulting even one industry or subject matter expert. There are several aspects to be taken care of while making policies in India. […] A dedicated government body should be there which regulates this industry, without that it is impossible to regulate crypto in India.”

In addition to the RBI, a few private banks have been reluctant to process crypto transactions for various firms in the industry. However, there is wide speculation as to why that is; it could just be a lack of understanding and knowledge of the industry as was seen with governing bodies. There might be, however, a deeper conflict of interest at play here. Sogani said: “Banks will always be against this industry globally because if crypto comes in action, P2P transactions will eliminate the need of third party bankers.”

In a more positive light, the skepticism of the banks could also be a function only of the limiting circumstances that they are subject to due to the lack of regulatory clarity maintained by the governing bodies like the RBI, according to Sogani:

“Banks in India are unclear how to treat Bitcoin transactions. They clearly don’t want to get their hands dirty when crypto regulations are not in place. Also, RBI had not removed or issued a new circular which tells the banks to start working with crypto companies again.”

However, in response to a right to information request filed by Harish BV, the co-founder of a local cryptocurrency exchange Unocoin, in late March, the RBI clearly stated that there are no restrictions on banks providing accounts to crypto firms and individual traders. This was the big RBI statement that banks were supposedly been waiting for, but the real quantitative impact remains to be seen.

Blockchain technology, cryptocurrency and transparency are what ledger technology offers and should ideally be a no-brainer for India where corruption and bribery are rampant, penetrating all walks of life. However, this potential has been marred by the lack of understanding and distorted portrayal of the facts by the mainstream media with a focus on the illicit activities that originate on the darknet.

In India, blockchain technology has been embraced in various economic sectors like education and trade. Therefore, it is evident that the unique selling points of blockchain technology are being implemented, but skepticism surrounding cryptocurrency still exists. Elaborating on this, Gaurav Dahake, the CEO of crypto exchange Bitbns, stated:

“There’s confusion in terms of understanding the whole sector. Blockchain is good, cryptocurrency is bad seems to be the overall understanding, and traditional media has blown things out of proportion. Concerns revolve around money laundering, use in illicit activities. We as exchanges have tried addressing this.”

With all factors surrounding governance and regulatory bodies considered, it’s important to remember that blockchain technology is a disruption to the stipulated growth of the financial markets. Thus, it’s ideally not meant to co-exist within the rules, according to Sogani: “Crypto industry, specifically Bitcoin and its surrounding ecosystem, is designed to be above the regulators. Even when the RBI blanket ban was in force, P2P exchanges were blooming.”

In the absence of a proper regulatory framework, exchanges and other major players have been stepping up to self regulate and/or contribute to the policy framework, like Ripple’s recent proposal. Dahake further added: “We follow almost 60% of things that are usually prescribed to brokers or trading exchanges.”

With the RBI’s statement that there is no prohibition on banks to deal with crypto firms and traders, there is now a clear message to a demographic of 1.3 billion: There are no legal issues with holding and transacting in this asset class. The sheer enormity of the demographic is bound to have a significant impact on the global crypto industry, whose major players will look to invest and drive business in India. The RBI, the government and crypto firms will need to work together to sustain the growth seen in 2020.

Indeed, the crypto industry seems to be growing. The increase in interest is measured in terms of volume and the number of users in the leading cryptocurrency exchanges in India like WazirX — which was acquired by Binance in late 2019 — Bitbns, CoinDCX, just to name a few. Shetty told Cointelegraph that WazirX’s daily trading volumes have increased 10 times compared to pre-lockdown volumes, adding:

“The Indian crypto ecosystem has been rapidly growing ever since the Supreme Court struck down RBI’s banking ban. We’re seeing a steady growth in user signups every month. In fact, the Indian crypto industry is very optimistic about crypto’s future.”

Apart from the validation the industry received when the blanket ban was lifted by the Supreme Court, one of the integral reasons for this growth is the diminishing returns of the traditional capital markets. BSE Sensex and Nifty 50, indices that are considered to be representative of the country’s stock market and general investor sentiment, are both down approximately 15% this year despite the country’s stock markets rallying in May and June.

This superiority in return has also been observed when comparing the returns of Bitcoin to the Indian rupee against the popular asset classes in India, such as gold and fixed deposits. According to Dahake in an email conversation with Cointelegraph, this crash in market assets has forced investors to look for other avenues of returns in their portfolios, and crypto assets have answered the call, showing much higher returns than other asset classes:

“Equities return for 3 years is negative. FD returns have gone down from 8%–9% to 5.5% now over the last 5 years. Rupee has depreciated by over 20% with respect to the dollar in the last 2 years and by over 100% in the last 12 years. Bitcoin as a whole has outperformed massively all of these asset classes. So users are interested in diversifying into Bitcoin.”

Another reason for this growth is the dissemination of crypto education that has happened during the rigorous lockdown. Traditional investors have found the inclination to educate themselves about the cryptocurrency market due to the equity market crash, and rudimentary investors have found time to learn about the basics of blockchain technology and cryptocurrency to enable themselves to make more lucrative investments than those available in the traditional capital markets.

While Washington dithers, Wyoming and other US states mine for crypto gold
Sam Bankman-Fried: The crypto whale who wants to give billions away
RUNE soars after Multichain capital reveals large position
Major Asian banks unite to form ‘multiple’ CBDC pact on blockchain
Blockchain and crypto will challenge current finance, Nigeria VP says